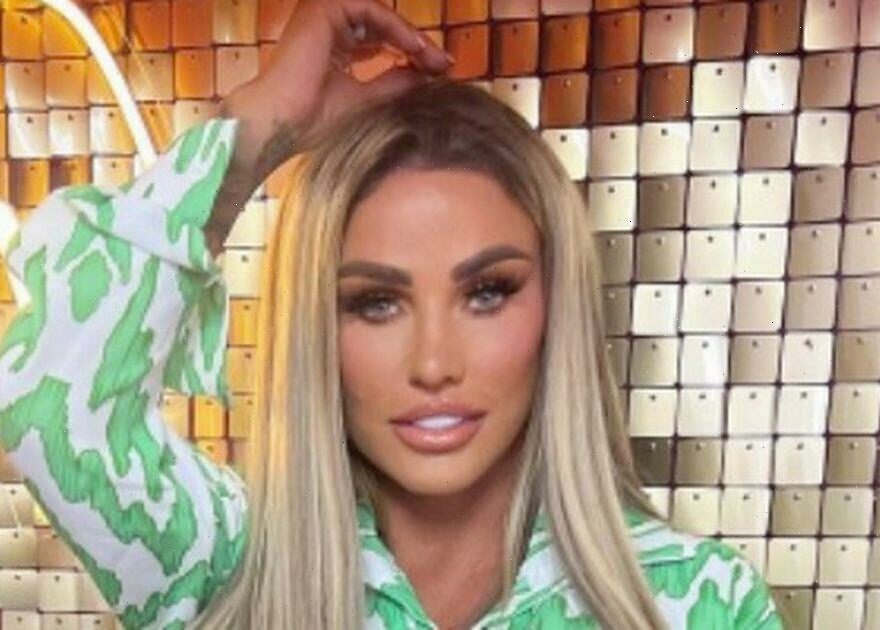 Katie Price has been living in a whirlwind over the past week. She celebrated her sisterSophie Price’s wedding to partner Harry Brooksa few days ago with her five children in attendance.

Today Katie, 44, avoided a prison sentence at her court hearing for breaching a restraining order against her ex Kieran Hayler's fiancée Michelle Penticost. The former glamour model sent a foul-mouthed message to Kieran, 35, speaking about Michelle, 39, in January of this year.

The TV star was facing a possible maximum sentence of five years in jail after admitting to the charge at Lewes Crown Court, but was today given an 18-month community order to carry out 170 hours of unpaid work after admitting breaching a restraining order.

The message was previously read out in court and Katie told Kieran: “Tell your c***ing wh*** piece of s*** girlfriend not to start on me – she has a restraining order so shouldn't try to antagonise as she is in breach.

“I am sure she doesn't want people knowing she was having an affair with you behind my back the gutter s**g.”

Judge Stephen Mooney previously told Katie: "Clearly you have accepted responsibility for an offence and pleaded guilty while you were on a suspended sentence which means you are at risk of going to prison.

“I will need to know the relevant parts of the background to consider what the appropriate sentence should be.

“Don’t be under any illusions, you run the risk of receiving an immediate custodial sentence."

Katie reportedly asked her sister to bring her wedding forward in the unfortunate event she would have to miss the nuptials and a source told OK! that it seems theharsh reality has hit the mum of five.

"Katie is going to be sentenced on Friday. It hit her at Sophie’s wedding so it is bittersweet for Katie," the source said.

"We don’t know if Katie is going to be in prison this time next week. It’s a bit of a harsh reality hitting her."

The source also revealed that Katie is desperate to walk down the aisle with Carl but that her family are against the marriage which is why they didn't want him at Sophie's wedding.

"She really wants to get married but her family are so against it. She probably went out of her way to catch the bridal bouquet – anything to give her some hope."

"Her family don’t want her rushing into something. They want her to listen and realise that they’re trying to tell her what is best for her."

Katie acted as bridesmaid in a blue dress for the ceremony and was accompanied down the aisle by her son, Harvey, 20, who looked dapper in a white shirt and red tie.

She was also joined by Junior, 17, Princess, 14, Jett, eight, and seven year old Bunny. But notable by his absence was Katie'son-and-off boyfriend Carl Woods, 32who was apparentlybanned by the Price family.

Many reports suggest that Katie asked Sophie and Harry to bring their wedding celebrations forward by two days because she is facing prison at the end of this week and didn't want to miss out on their special day.