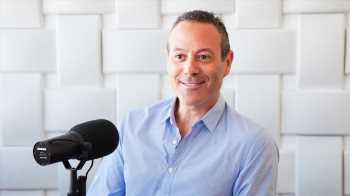 “Dora and the Lost City of Gold” is just the kind of family-friendly movie you’d expect to see from Walden Media, which teamed with Paramount Pictures and Nickelodeon to bring the iconic kiddie character to theaters (premiering Aug. 9).

But while the company is as dedicated as ever to burnishing the inspirational fare-focused brand it has built over the past 16 years, the strategies CEO/president Frank Smith has employed to keep Walden in the game have evolved considerably in recent years.

“The industry has changed so dramatically around us and so quickly, you realize to continue with your mandate, to be relevant, you have to change with the industry,” he explained in the latest episode of the Variety podcast “Strictly Business.”

Listen to the podcast here:

Walden’s specialty is making movies in the modest $25-50 million budget range, far below what studios spend on the blockbusters crowding cineplexes these days. But it’s an increasingly untenable model considering that often requires a P&A spend exceeding the production budget. Once open to helping finance a $200 million-plus project like “The Chronicles of Narnia,” Walden has lost its taste for mega-budget fare because the economics no longer make sense to Smith.

Under Smith, Walden has transformed into a nimbler operation with more flexible approaches to either producing, developing or financing projects.

While Walden still considers itself a producer for the theatrical market first and foremost, Smith has diversified the company into TV and streaming, including an upcoming series for Netflix based on “The Baby-Sitters Club” book series.

Even the kind of content Walden is looking to invest in has changed a bit, as its backing of “Everest” in 2015 demonstrated interest in “soft PG-13” films that aren’t just for kids but still deliver the inspiration central to the company’s brand promise.

No wonder a well-capitalized firm like Walden — part of Anschutz Entertainment Group — stays on the call sheet for studios looking for partners to help offset their risk. Smith revealed that Walden recently saw its decade-long first-look deal with Fox Filmed Entertainment expire but is currently in talks with a different major studio on a deal, though he declined to specify which company.

“Studios are looking to hedge their bets, looking for partners,” said Smith, “and I don’t know how other partners are received, but studio chiefs call me.

“Strictly Business” is Variety’s weekly podcast featuring conversations with industry leaders about the business of entertainment. Past episodes include conversations with Discovery CEO David Zaslav and Dana Walden, co-head of 20th Century Fox Television and Fox Television Group. A new episode debuts each Wednesday and can be downloaded on iTunes, Spotify, Google Play, Stitcher, and SoundCloud.