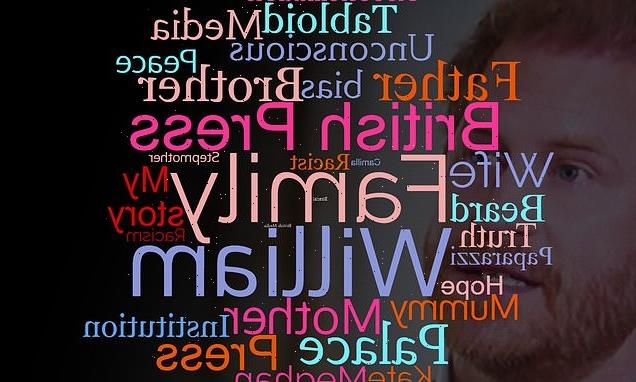 Keywords that give an insight into Prince Harry’s priorities: Duke mentioned the press and media more than 60 times in his ITV and CBS interviews, made 52 references to family and name-dropped ‘William’

The latest round of Prince Harry’s TV interviews aired last night and MailOnline has analysed which topics he spoke about the most, with the press, media and tabloids being mentioned more than 60 times in total.

Promoting his tell-all memoir Spare, the Duke sat down with ITV’s Tom Bradby to discuss claims made in the book about relationships with the royals and the press.

Prince Harry attacked his closest family in the bombshell interview, describing the ‘sibling rivalry’ with his brother Prince William – whose name he brought up 25 times – culminating in a supposed physical fight at Nottingham Cottage when the heir to the throne ‘attacked’ him.

The breakdown of relationships with loved ones was prominent throughout the interview – with ‘family’ being said by the duke 52 times. 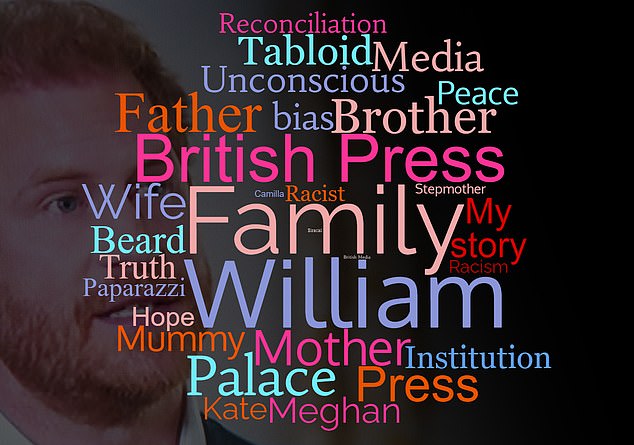 He described that the ‘stereotyping’ of Meghan, in part by William and his wife Kate, was causing a ‘barrier’ to his family, preventing them from ‘welcoming her in.’

The duke reserved much of his fury for the ‘press’, mentioning the term almost 40 time across his two interviews.

He claims the British press damaged his relationship with his brother and played a major part in Princess Diana’s death, saying to Tom Bradby that he and his brother were told ‘the result wouldn’t have been the same’ if the paparazzi were not present at the time of his mother’s crash.

Resentment for the media extended to British tabloids – who he specifically mentioned 12 times – and he said that members of the royal family had ‘decided to get in the bed with the devil’ for using them to ‘rehabilitate their image’.

What did Harry talk about most in his ITV and CBS interviews? 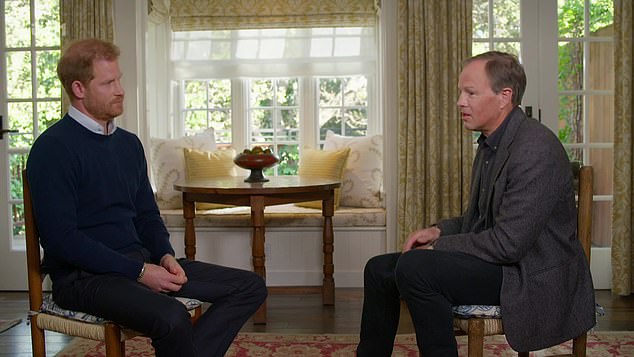 Speaking to Tom Bradby, the duke accused William and Kate of ‘stereotyping’ Meghan 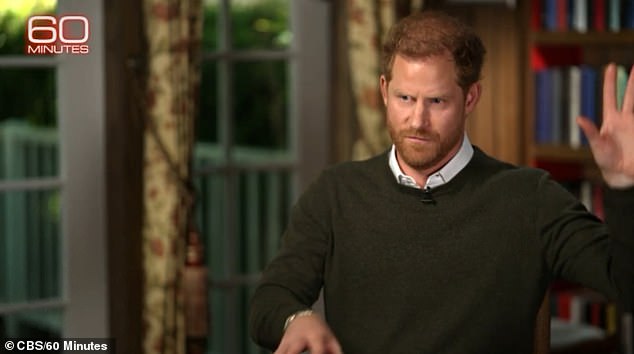 The duke took aim at his stepmother Camilla during his interview with Anderson Cooper on US broadcaster CBS’s 60 Minutes, branding her ‘the villain’ and ‘dangerous’.

He said said the Queen Consort was content with bodies – including his – being ‘left in the street’ as she tried to rehabilitate her image after her long affair with King Charles while he was married to Diana.

Prince Harry also denied that he had accused the royal family of racism in a previous interview with Oprah Winfrey, during which it was suggested that the family were ‘concerned’ about the colour of his and Meghan’s baby’s skin.

The duke insisted the comments made about Archie’s skin colour were ‘unconscious bias’ – which he mentioned eight times during his ITV interview.

The word ‘beard’ was also said nine times by the duke, as he recalled asking the Queen if he could keep his beard for his wedding as it acted as ‘a shield to my anxiety’, while William had been told to shave his off.

f you enjoyed this story…

‘Devastated’ Prince William has been ‘taken aback by the level of detail’ and ‘how far Prince Harry has gone in all this’, royal expert claims

Heir vs hair! Royal fans poke fun at Prince of Wales for being ‘jealous’ that Prince Harry got to keep his beard for his wedding – after he had to shave stubble that ‘ladies swooned over’