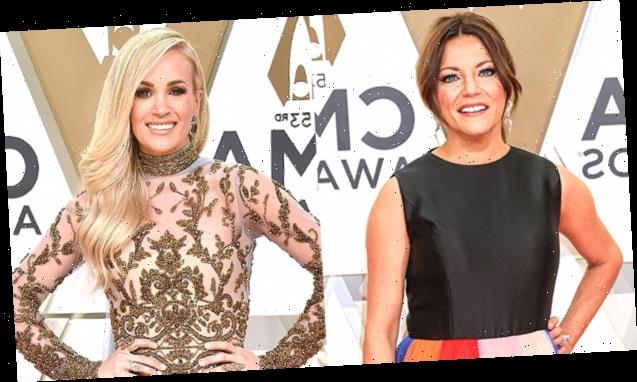 Martina McBride is trilled to be included in the lineup of trailblazing country singers Carrie Underwood will honor during the ACM Awards on Sept. 16! The music icon spoke exclusively with us ahead of the show!

Martina McBride needs no introduction. — Although, Carrie Underwood will give the country legend, along with a slew of other trailblazers in the biz, a musical one when she opens tonight’s Academy of Country Music Awards. Carrie will perform a medley of hits from iconic country female singers, including, Patsy Cline, Loretta Lynn, Barbara Mandrell, Reba McEntire, Dolly Parton, and of course, the one and only, Martina McBride.

“It’s so special, it’s just such an honor,” Martina told HollywoodLife during an exclusive interview while discussing her new song, “Girls Like Me.” She continued, “Carrie is such a great singer and performer. For her to choose me to be in that company is so, it’s just a real honor and something really cool. I can’t wait to see her performance!”

The newly revamped ACMs — originally scheduled for April 5 in Las Vegas — was postponed back in March, due to the COVID-19 pandemic. The 2020 ACMs will take place from three iconic Nashville venues (the Grand Ole Opry House, the Ryman Auditorium and the Bluebird Cafe) and will broadcast from 8-11 p.m. on CBS. Despite the slew of firsts the annual show will go through, Martina is confident that it’ll be a night to remember.

“I think it’s going to be a great show. It’s definitely challenging and it’s going to be different, but we’re all kind of getting used to different,” she said, noting that one thing won’t change: “Fans will get to see their favorite artists perform.” Martina added, “The ACMs have always been really special and they’ve always put on a great show and I’m sure this year will be no different in that way.”

Catch all of the ACMs action tonight, September 16 on CBS from 8-11 p.m. Be sure to check back at HollywoodLife for the best coverage of the annual awards show!