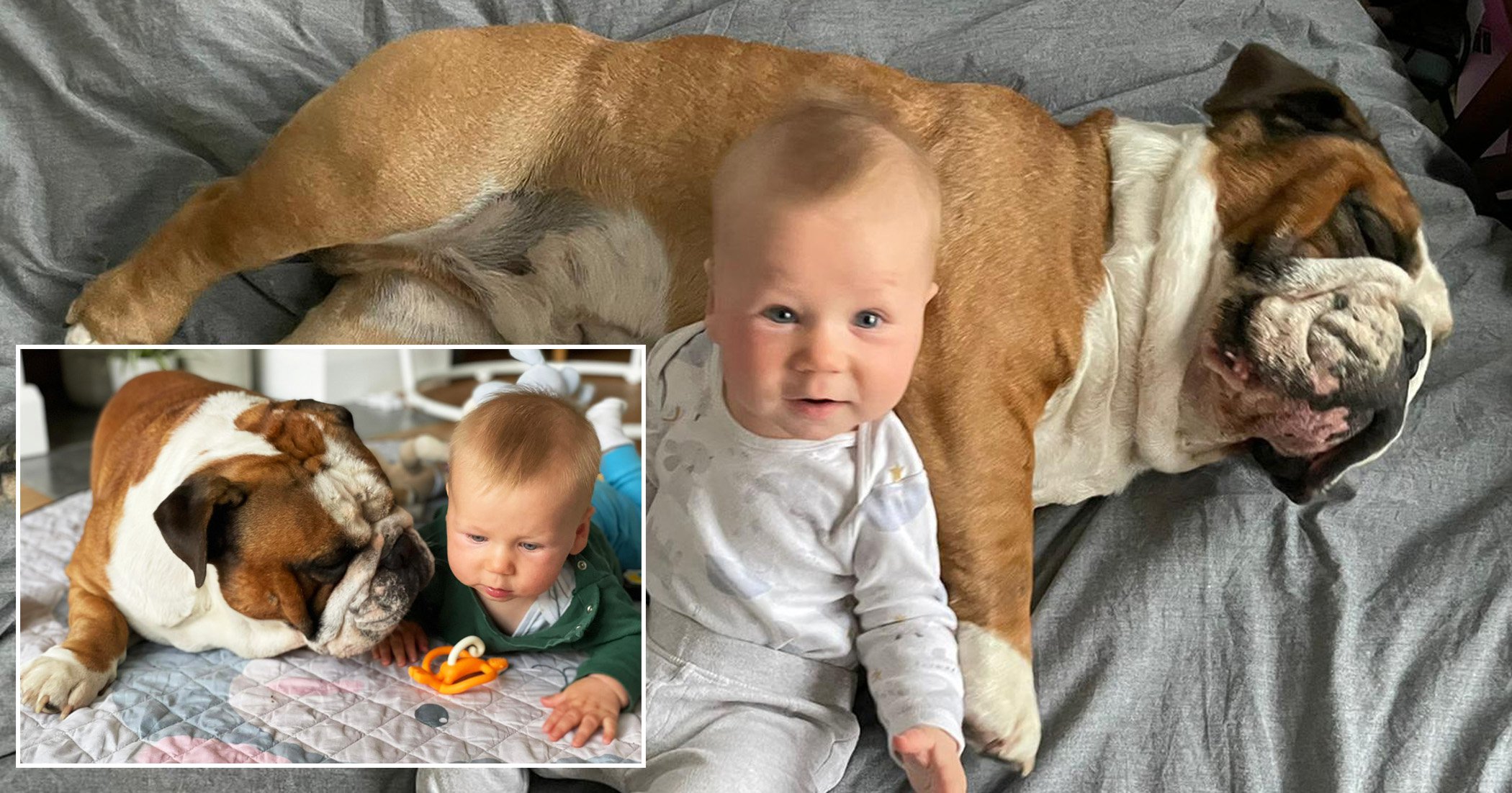 Eddy the English bulldog has taken to being a big brother with aplomb, and become best buds with his owner’s new baby.

Finance analyst Ewa Barska, who lives in Southend-on-Sea, Essex, has shared the adorable friendship between her five-year-old English bulldog and her eight-month-old baby boy, Adam.

After just eight months, Eddy and Adam have become inseparable.

Ewa, who’s also mum to four-year-old Anja, was certain Eddy would give her nothing to worry about when she brought her new son home because the dog was great with her eldest from birth.

She said: ‘The bond that Eddy and Adam have is just the best.

‘Eddy loves giving Adam lots of kisses and rests his head on the baby when he’s feeling sleepy.

‘And when Adam is taking a nap in his cot, Eddy will go over and lie down next to him for a nap too. It’s adorable.

‘English Bulldogs are very chilled and Eddy totally doesn’t mind when Adam is all over him.

‘Adam is always in fits of giggles at Eddy because he’s always tickling him too.’

Eddy was curious about the baby when Ewa and her partner first brought him home, but Ewa says they didn’t feel worried about the Eddy and Adam being together because they saw what a good boy the dog was with Anja when she was born.

She said: ‘Anja loves playing with Eddy in the garden, especially fetch.

‘They also love having cuddles together.

‘She treats him like a family member. He’s the big brother and protector of the two kids.

‘Luckily Eddy doesn’t mind at all what his little best friend does.

‘He is such a happy and chilled dog.

‘He hasn’t got an aggressive bone in his body.

‘He has never-ending patience, and he’s the best family dog we could have wished for.

‘I love the bond between Eddy and Adam. It’s just the best.

‘And I can’t wait to watch Adam grow up with his fluffy bestie by his side.’