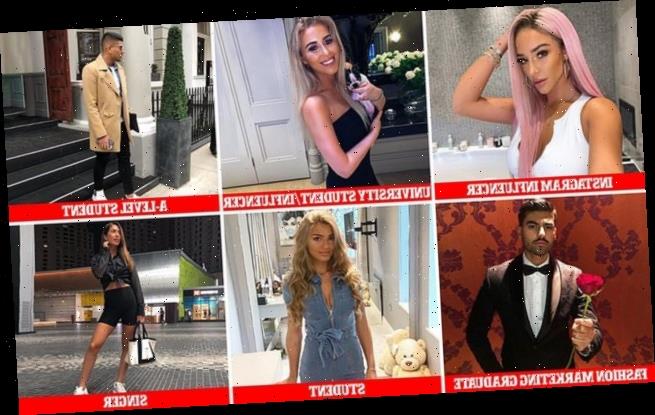 Heirs to the reality TV crown! Real Housewives of Cheshire stars’ children are set to outshine their parents as they bag modelling contracts, date footballers and dabble in cosmetic surgery

The Real Housewives of Cheshire hit our screens in 2015, and viewers instantly fell in love with the lavish lives of the reality show’s outspoken characters.

But the housewives aren’t the only glamorous ones in the northern county anymore, with their stylish offspring gaining more and more attention online, collectively boasting nearly half a million followers on Instagram.

One of these is Taylor Ward, whose parents Dawn and ex-footballer Ashley were seen agonising over whether to let her have a boob job – before giving her the go-ahead. Taylor is now following in her mother’s footsteps by dating Manchester City player Sergio Aguero.

Meanwhile feisty character Tanya Bardsley, who is married to ex-Manchester United star Phil Bardsley, has helped her 18-year-old daughter Gabriella forge her own career and she was recently confirmed as the face of new fashion brand My Glam Style.

Elsewhere Dawn’s other daughter Darby released her single Give Love A Try on Spotify in May last year, and has just got engaged to the owner of the Mr Whippy ice cream franchise in Dubai. 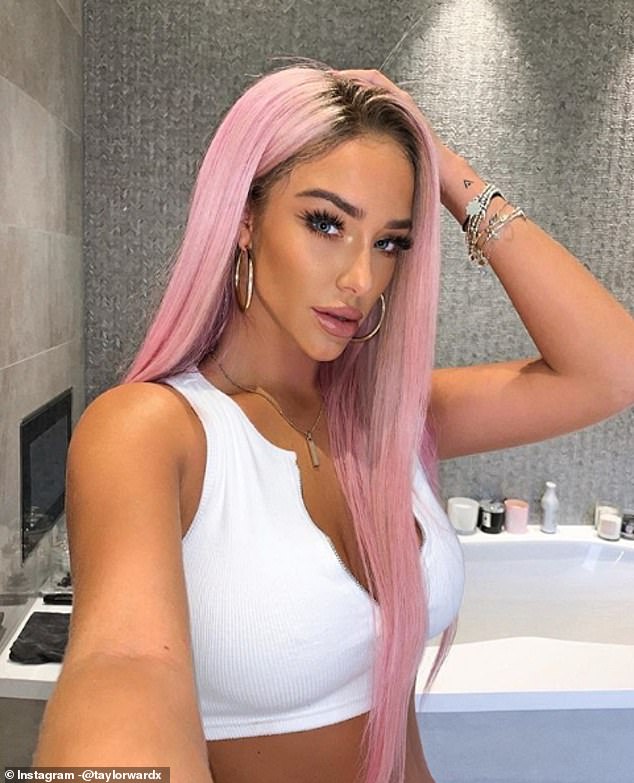 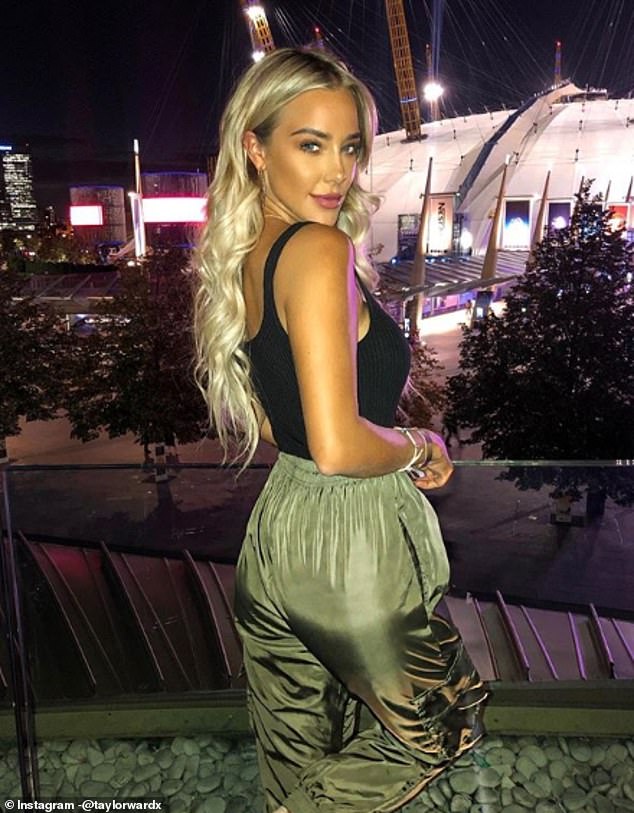 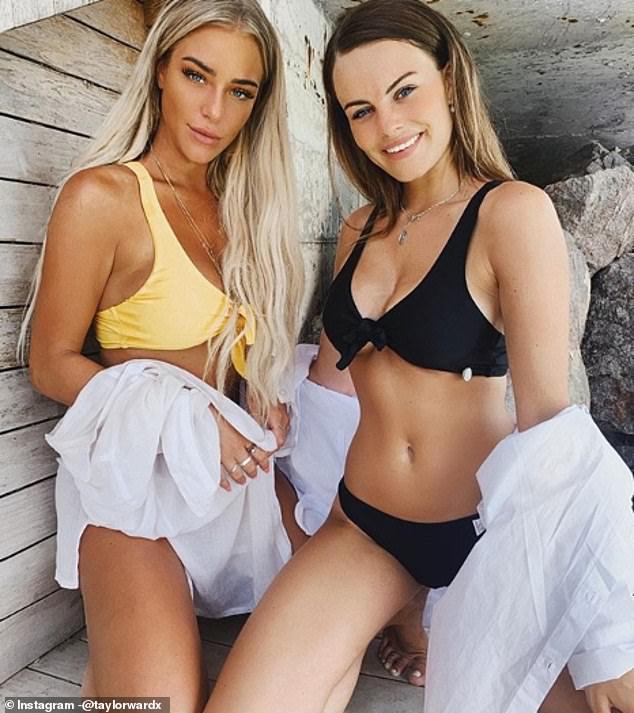 Taylor has a host of famous pals, including Made In Chelsea star and model Emily Blackwell, right 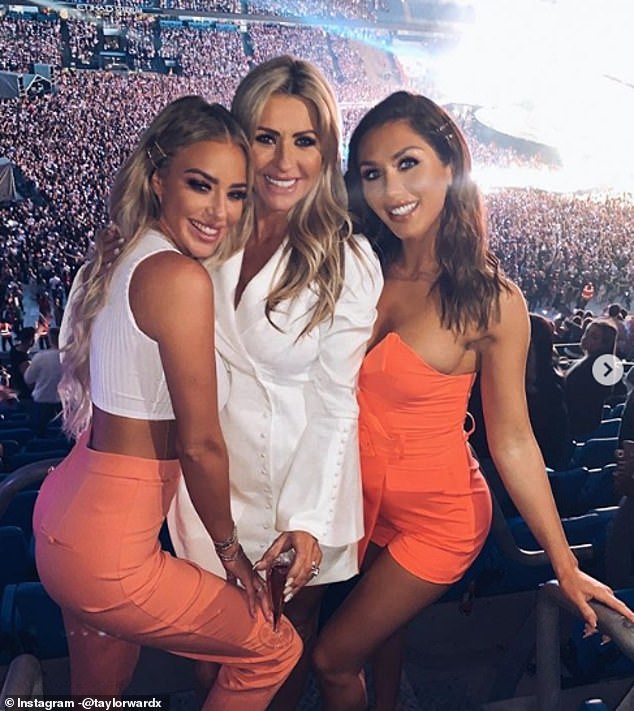 Taylor posing with her stylish mum Dawn, 46, and her equally glamorous sister Darby at a concert

Taylor, 21, is an online influencer and model and has a host of famous exes, including Stephanie Davis’ former partner Sam Reece and Kris Boyson – known for his tumultuous relationship with Katie Price.

The star is friends with the likes of Made In Chelsea star Emily Blackwell and grew up with sisters Darby, 22, Charlie, 10, and Aston, nine, at Warford Hall – her parents’ £15 million mansion.

The online influencer is also a DJ, who has previously played at clubs including Mahiki in Manchester, and both Taylor and her sister attended the Rugby School, which costs £35,000 a-year. 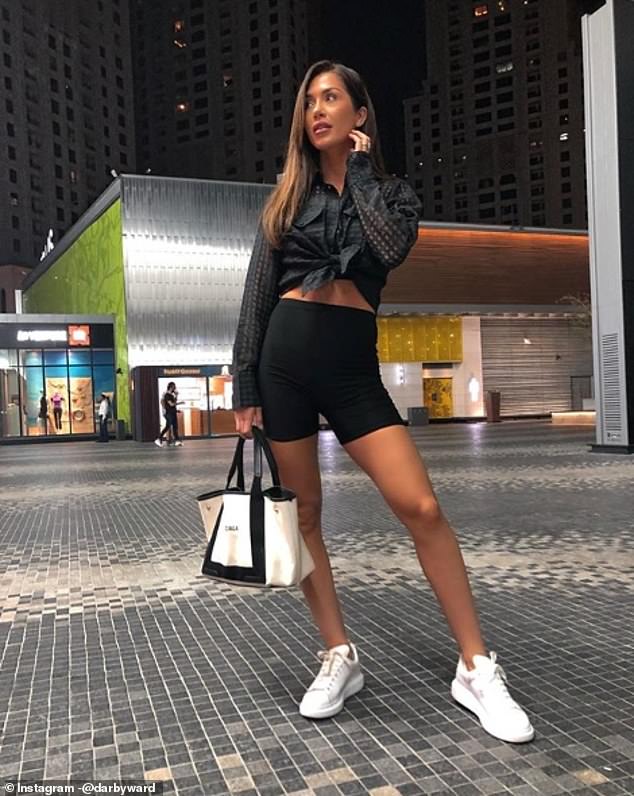 Darby Ward, 22, is Taylor’s sister and grew up in their family home, Warford Hall – which has 11 bedrooms, a swimming pool, cinema room and 12.5 acres of land 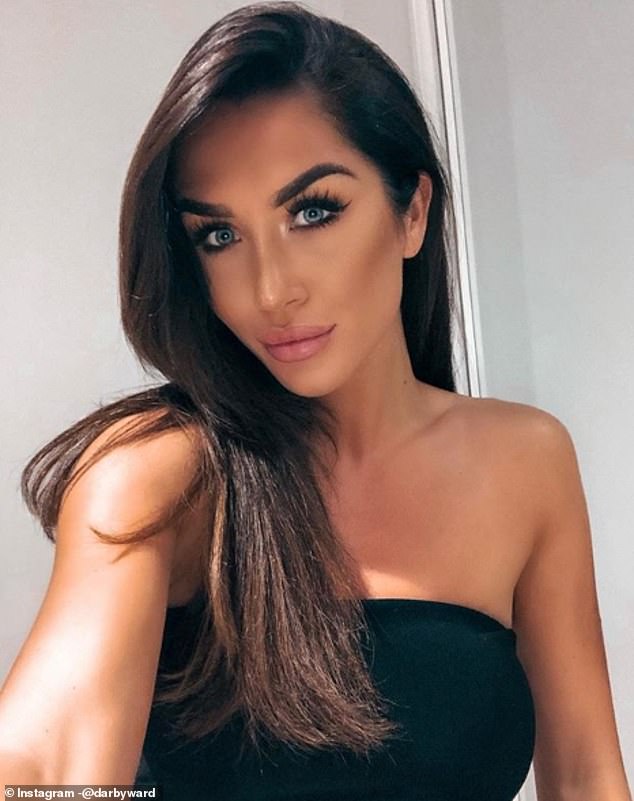 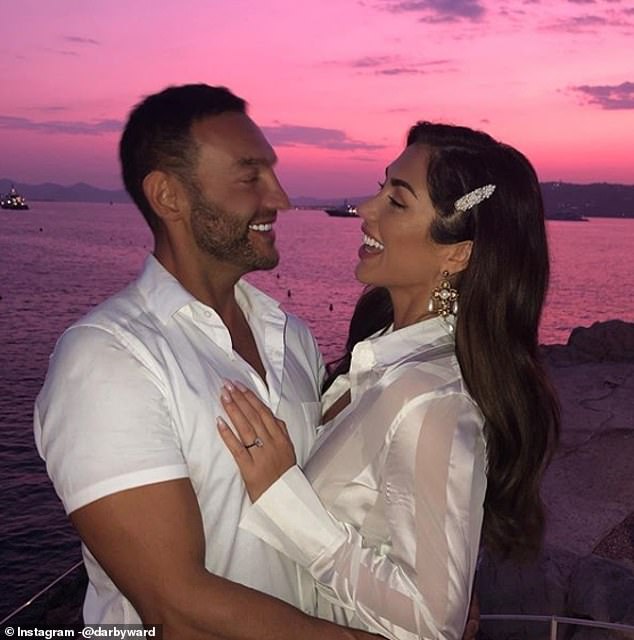 The model is engaged to Michael Corrado Jackson, who owns Mr Whippy ice cream in the United Arab Emirates

Dawn’s eldest daughter Darby, 22, grew up in the family home which has 11 bedrooms, a swimming pool, cinema room and 12.5 acres of land, located in the affluent Alderley Edge.

The aspiring singer released her single Give Love A Try on Spotify in May last year under the name ‘Darby’ – however is yet to drop anymore music on the streaming platform.

It was revealed in August that the model is engaged to Mr Whippy ice cream boss Michael Corrado Jackson, who owns the brand in the United Arab Emirates.

Darby has 160K followers on Instagram and often shares loved up snaps of herself travelling the world with her husband-to-be. 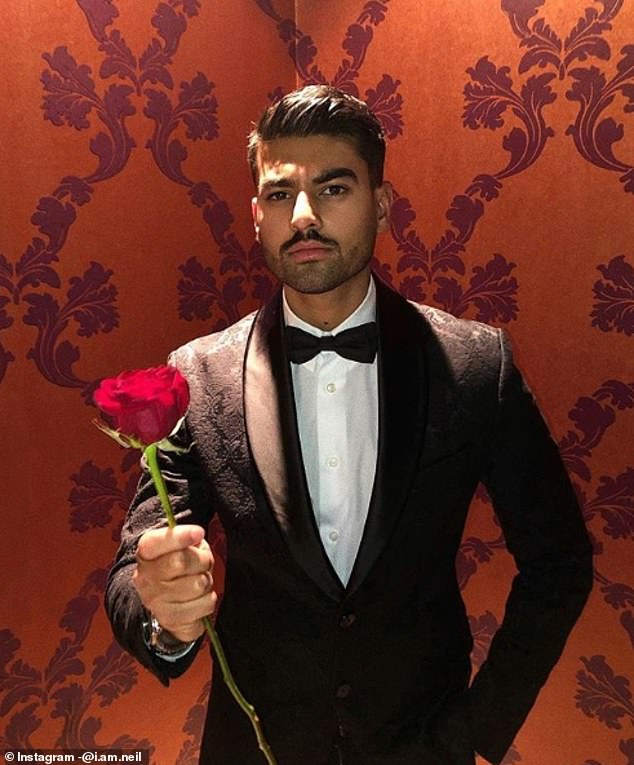 Neil Malhotra, 20 is the son of Seema and her husband Sandeep and has over 10,000 followers on Instagram 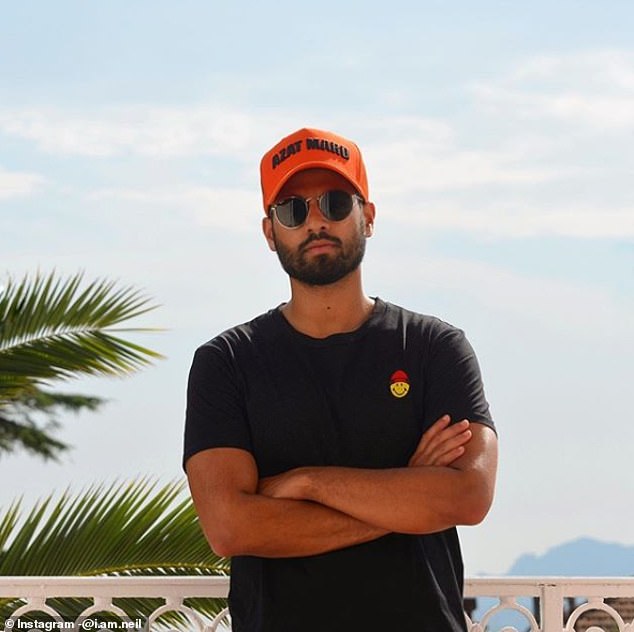 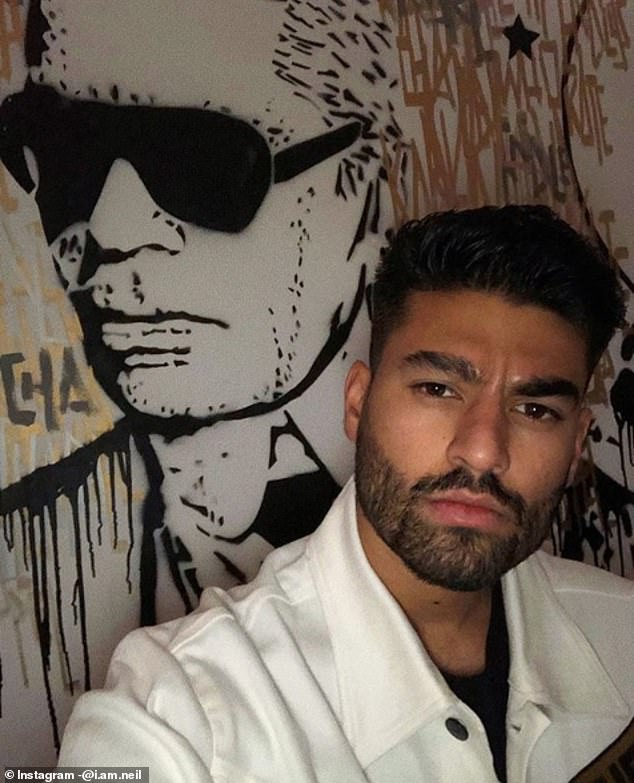 Neil, 20, is the son of Seema Malhotra and her husband Sandeep, and has over 10,000 Instagram followers.

He holds a degree in fashion marketing and business from Milan’s Marangoni Fashion Institute, and is often seen supporting his mother’s luxury fashion brand Forever Unique.

The clothing brand has an estimated net worth of £2.6million and the likes of Kate Middleton have been spotted wearing the label’s designs. 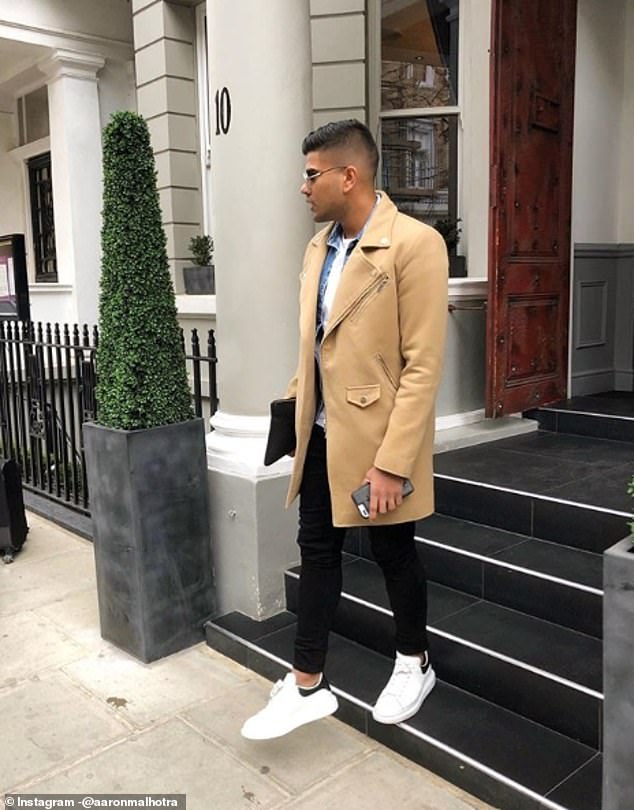 Aaron Malhotra, 17 is still studying for his A-Levels but still shares his glamorous life on Instagram 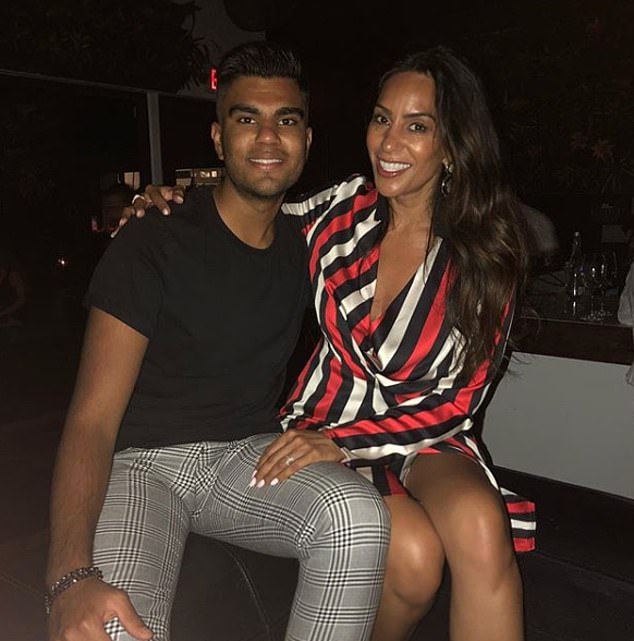 Aaron is Seema Malhotra’s younger son, they are pictured together looking stylish on a night out 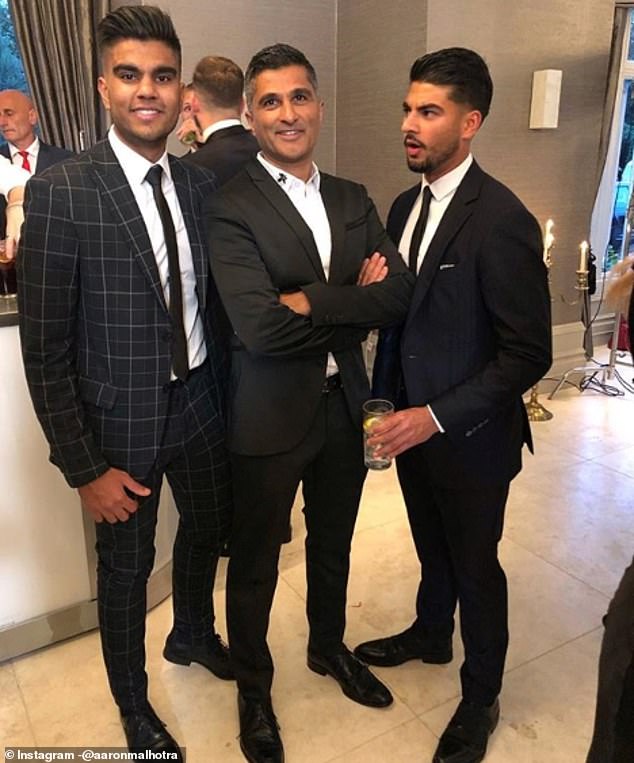 He often shares snaps with his father Sandeep (middle) and his mother Seema, whom he has previously hailed his ‘bestie’

Aaron, 17, Seema Malhotra’s younger son, is still sitting his A-Levels, but that doesn’t stop him sharing an array of Instagram snaps showing him traveling all round the world.

He has travelled to Dubia, Mallorca and Miama all this year, and often shares pictures of him and his mother, whom he has previously hailed his ‘bestie’.

His stomping ground of choice is Manchester’s celebrity hot spot Menagerie Restaurant & Bar, where both Taylor and Darby Ward are both frequently seen. 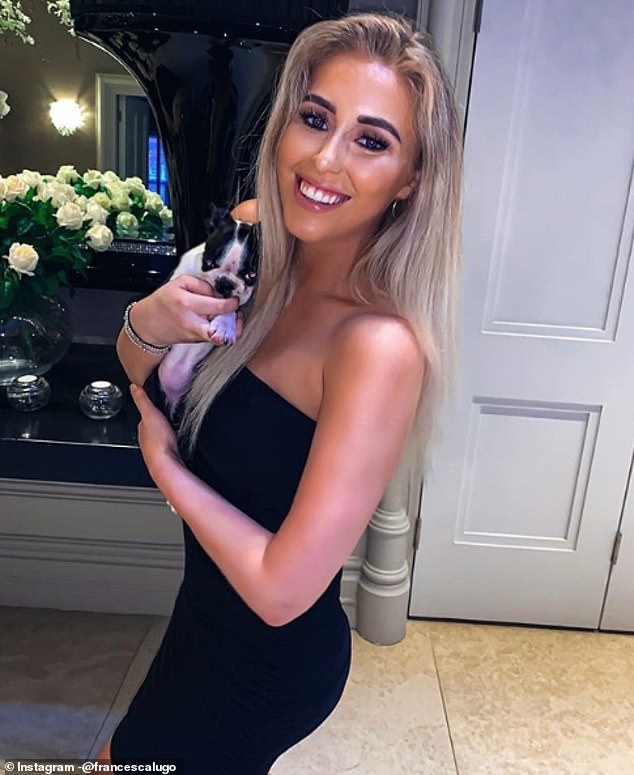 Francesca, 21, is the glamorous daughter of Rachel Lugo and her former husband John 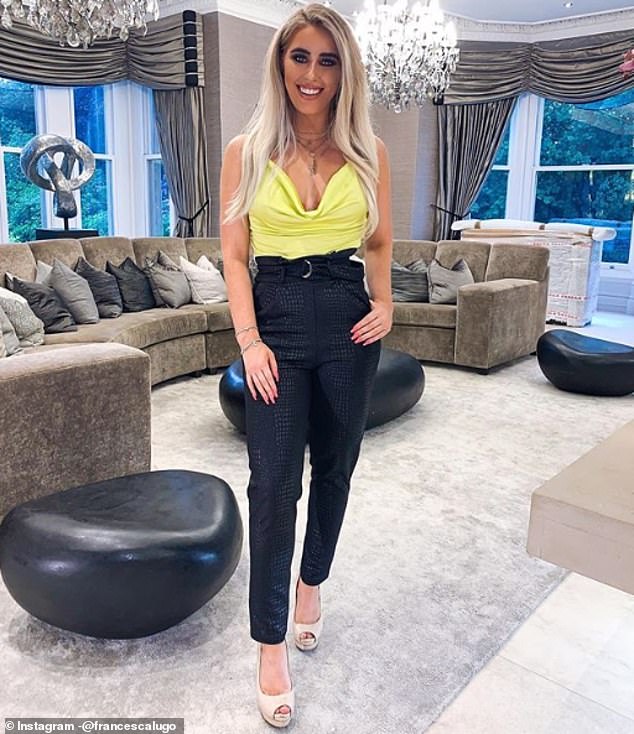 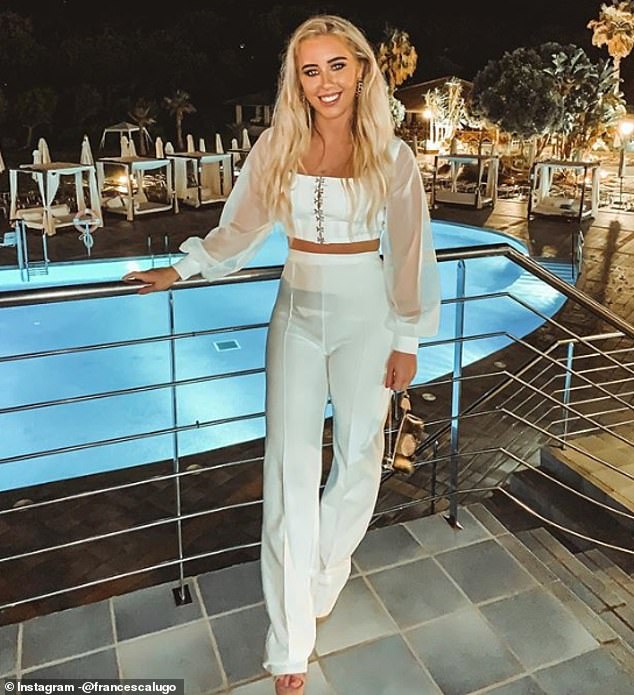 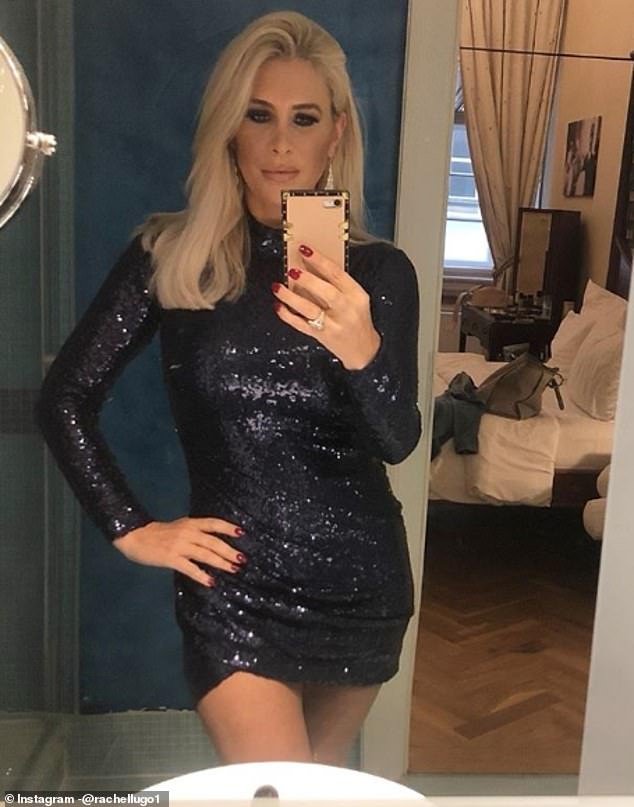 Francesca, 21, is the daughter of Rachel Lugo and her former husband John, and grew up with sisters Sophia and Sienna and brothers William and Oliver.

She attended the prestigious Sedbergh School, a boarding school located between the Yorkshire Dales and the Lake District costing £11,618 per term.

She is a keen horse rider, who currently attends Newcastle University and often shares glamorous pictures from wild nights out on her Instagram stories.

Francesca is pals with Taylor, and the pair have previously shared snaps on their Instagram stories of them working out together or going for a glitzy night out when back in Manchester. 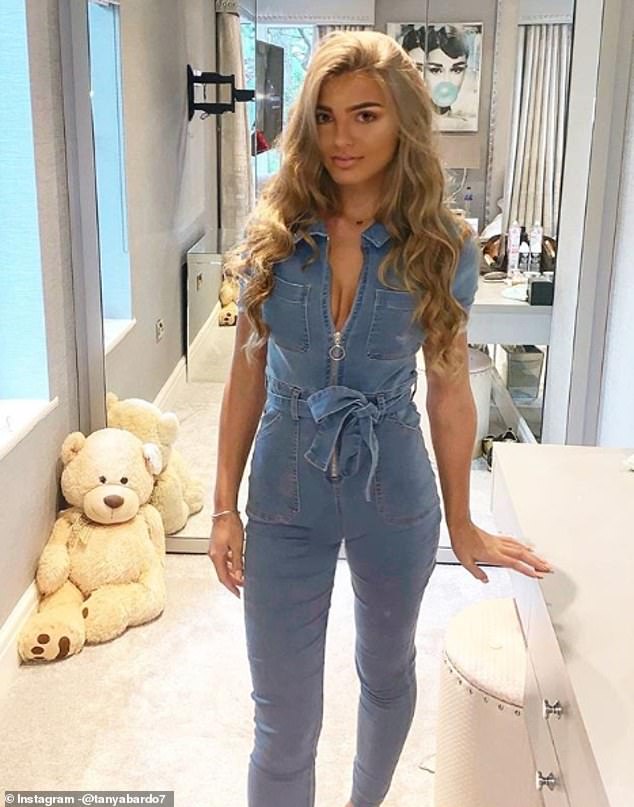 Gabriella is the daughter of Tanya Bardsley and is currently a student, living with mum Tanya and her husband Phil Bardsley and three half brothers Rocco, Renz and Ralphi 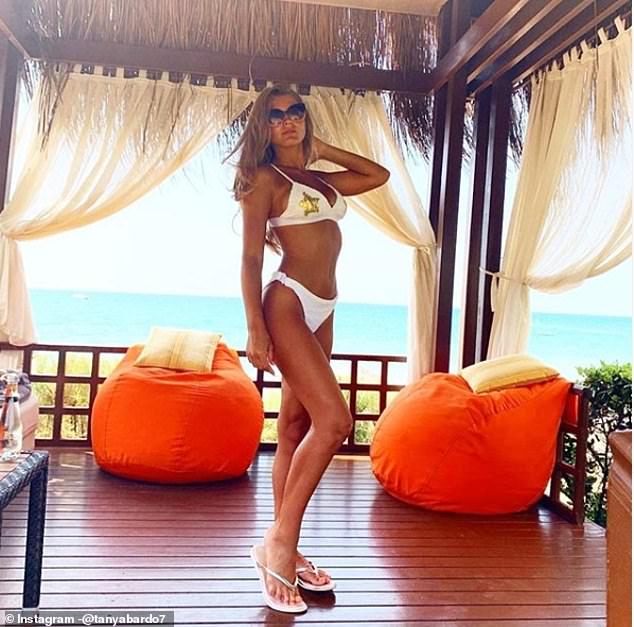 Although her personal Instagram is private, proud mum Tanya often shares pictures of her stunning daughter 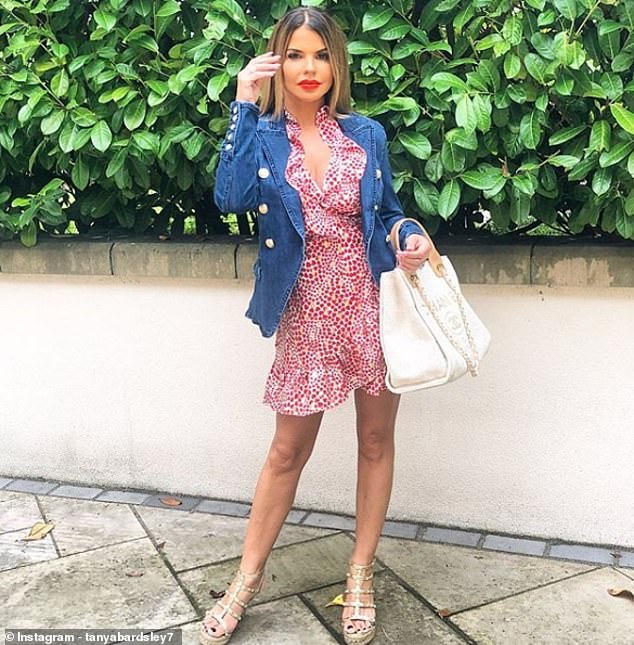 Tanya Bardsley, 38, is a former glamour model married to ex-footballer Phil Bardsley, who has one daughter and three sons

Gabriella, 18, is the daughter of Tanya Bardsley and is currently a student.

She lives with her mum’s husband, ex-Manchester United star Phil Bardsley, and her three half brothers Rocco, Renz and Ralphi in Cheshire.

Last year it was announced that the rising star would be the face of new fashion brand My Glam Style.

Although her personal Instagram is private, proud mum Tanya often shares pictures of her stunning daughter.