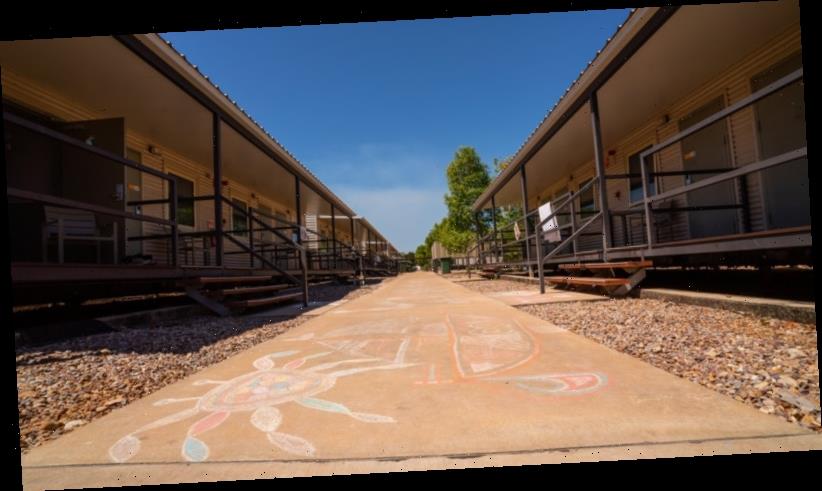 Hundreds of Victorians have fled Melbourne's lockdown winter to spend two weeks more than 3700 kilometres away in a tropical quarantine centre about half an hour's drive from Darwin.

From there, they can travel without restriction to Queensland, South Australia and New South Wales, bypassing the usual barriers in place for Victorians. 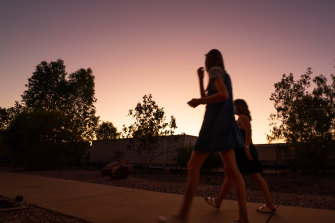 Victorians in quarantine at Howard Springs Quarantine Facility are counting themselves lucky.Credit:Ben Sale

Two Melburnians staying at the Howard Springs Quarantine Facility have described it as being like a holiday park you can't leave – in a good way.

On Tuesday, there were 555 people in mandatory supervised quarantine in the Northern Territory – 496 at Howard Springs, and 59 in a separate facility in Alice Springs.

Melbourne documentary maker Ben Sale – who arrived in Howard Springs 12 days ago – is quarantining so he can travel to Cairns, where he's due to shoot motorsports event TARGA Great Barrier Reef.

He went the long way having been prevented from travelling directly from Melbourne to Queensland where he is not considered an essential worker.

But Mr Sale counts himself lucky, comparing his situation with friends in hotel quarantine in Brisbane who are unable to leave their rooms.

Mr Sale is allowed to exercise outside his cabin twice a day for 20 minutes – wearing a mask and at a physical distance from others – and has set himself a goal of running 100 kilometres over the two weeks he spends in quarantine.

He was full of praise for NT Health, which runs the quarantine facility, saying staff have gone to every effort to look after the physical and mental health of those quarantined there.

"I think the restrictions we've got here are not necessarily too different from stage four in Melbourne," he said.

"They're fairly basic but they're comfortable."

Travellers from Victoria and Greater Sydney, which the NT government has declared as coronavirus hotspots, must quarantine for 14 days on arrival in the territory and pay $2500 for their fortnight in quarantine. Their accommodation and meals are provided.

NT Health would not say how many were Victorians, but travellers The Age has spoken to report most are from Victoria.

Melbourne law graduate Joseph Friedman, who is in his first week at Howard Springs, said the facility was more like a summer camp than a quarantine camp.

Mr Friedman, who is weeks away from starting an internship at an Aboriginal justice group, said he had been pleasantly surprised by the facility.

"It feels more like a caravan park than a quarantine zone here, with informal yoga classes, card games and frequent exercise and social interaction throughout the facility," he said.

"There are about 600 individuals and families here, almost all from Melbourne.

"Some have come to escape Melbourne and relocate to other properties, others are reuniting with their partners, some are here to play football for the Tiwi Bombers and other teams.

"Some are here in transit, seeking to get back to their families in NSW, SA, QLD and other states, some lost their jobs in Melbourne and are seeking new employment opportunities."

For Mr Friedman, life is opening up in the Top End, after many months of feeling like the walls were closing in on him in Melbourne.

"As a police officer said to me as I entered the complex, 'why would you go back?'" 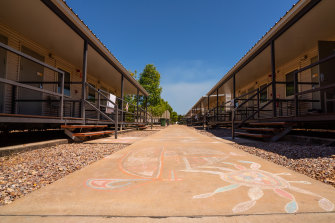 Howard Springs has been described as being a holiday camp you can’t leave, but most are upbeat about the facilities.Credit:Ben Sale

The most important news, analysis and insights delivered to your inbox at the start and end of each day. Sign up to The Sydney Morning Herald’s newsletter here, to The Age’s newsletter here and Brisbane Times‘ here.