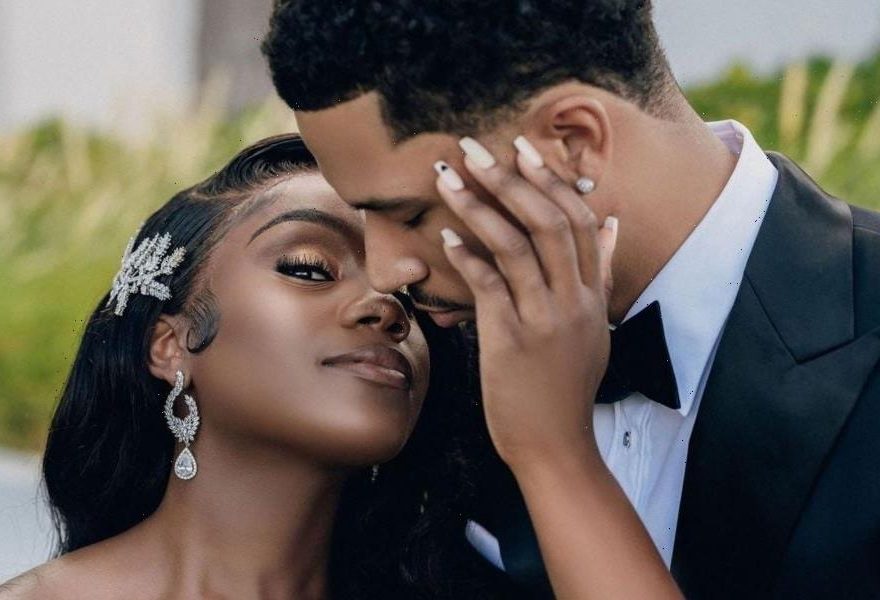 We are definitely in a season of love. From weddings to vow renewals, many notable names are making their way down the aisle and we’re so glad to see it.

Some of the most recent nuptials have involved a few NBA stars. As they spend the fall and spring traveling and playing (and the Olympics also filled up players’ schedule early in the post-season), two well-known ballers wrapped up the summer by saying “I do.” One thing we loved about the ceremonies of Portland Trailblazers star Damian Lillard and New Orleans Pelicans star Josh Hart is that they tied the knot with their college and high school sweethearts. After so many years and milestones, they had to celebrate their love in grand fashion during the off-season. Judging from the photos, they did just that.

For Hart and Shannon Phillips, they first met when they were in high school in Silver Spring, Maryland.

She is also an athlete, having played soccer at the University of Miami, Baltimore County, and these days she’s a registered nurse. Hart, who is 26, has been in the league since 2017, playing for the Lakers before being traded to the Pelicans. He popped the question in December and since saying “I do” on August 28, they’ve jet off to Greece to honeymoon, currently turning up in Mykonos.

As for Damian Lillard and longtime love Kay’La, the clever hashtag for their nuptials was #ItsAboutDameTime, a play on his nickname, “Dame Time.” The couple met when they were in college at Weber State University where he was a star basketball player and she was studying nursing. They’ve gone on to have three children together, including Damian Jr. and most recently, twins Kali and Kalii. He proposed to her during All-Star Weekend 2020 in Chicago.

They made things official over the Labor Day holiday weekend with a star-studded guest list, including rappers Common and Snoop Dogg taking the stage. The couple also put on performances, with Damian giving Kay’La a lap dance during his groom’s dance and Kay’La putting on a full performance with friends. Images of their big day were taken by another popular photographer, Stanley Babb. The couple have since jet off on their honeymoon, too.

All this love! We can’t get enough of seeing Black love celebrated, especially the kind that’s been years in the making, tested and resilient. Congratulations to the Harts and the Lillards!