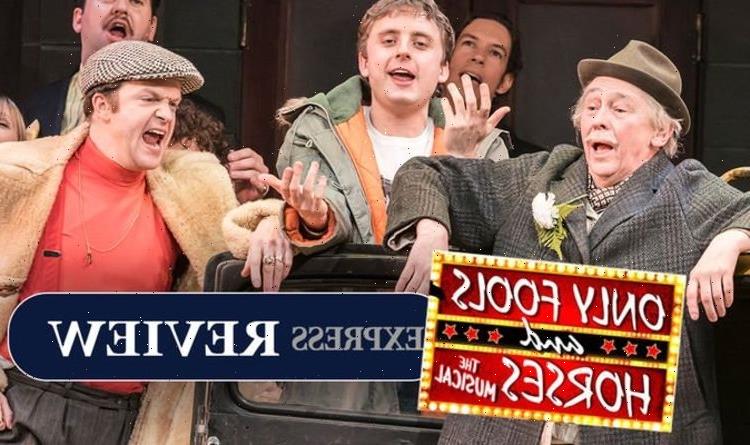 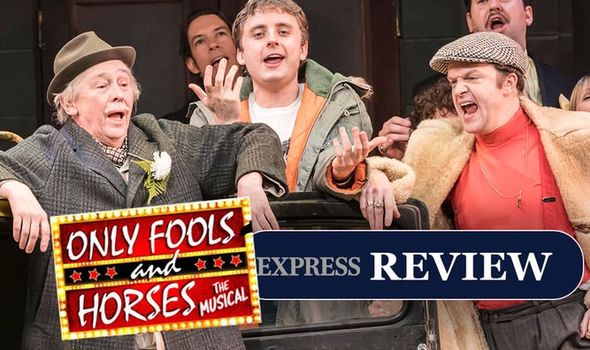 The doors of Haymarket theatre have been firmly closed for over a year but Derek ‘Del Boy’ Trotter, brother Rodney, Grandad and their famous three-wheeled van are back with Only Fools and Horses the Musical finally returning to the West End. If you’re fans of the lovable rouges from Peckham then you’re in for a treat with this show jam-packed with all the greatest gags and famous moments which has made the TV show such a gigantic hit.

David Jason’s wheeler-dealer Del is a tough act to match but Tom Bennett does a good enough job keeping even the most faithful Horses fans content with barrel-loads of banter and cushty chatter.

Ryan Hutton puts plenty of ‘plonker’ into Rodney and the fabulous Paul Whitehouse, who also co-wrote the show with Jim Sullivan, makes Grandad just as adorable as Edward Kitchener did in the original 80s show.

The rest of the company do justice to all the other iconic characters with Jeff Nicholson playing a brilliant – and very funny – Boyce, Peter Baker’s Trigger is just as daft as you remember and there’s a very flirtatious Marlene portrayed perfectly by Samantha Seager.

There are also some solid performances from Ashleigh Gray as Del’s new flame Raquel and Pippa Duffy as Rodney’s long-suffering girlfriend Casandra.

The staging is simple but effective with the Trotter’s Peckham flat and Nags Head pub making crowd-pleasing appearances.

And the moment the bright yellow ‘Trotters Independent Traders’ van arrives in the usual puff of exhaust fumes gets the biggest clap of the night.

Only Fools and Horses the Musical offers plenty of laughs and a good dollop of nostalgia but the storyline is a little weak and, at times, it simply feels like your watching a tribute act to the real thing.

The songs can only be described as haphazard with the show flitting between original music and some very random 80’s classics.

It’s all a bit strange although there are some breakout moments including the fabulous ‘Bit of a Sort’ routine when Del goes dating and a brilliant ‘Gaze Into My Ball’ number as Trigger looks into the future and sees Peckham full of drones, hipsters and artisan bakers.

Just like Del Boy himself, this show is a bit rough around the edges but it’s very watchable and will certainly pop a smile on your face. It won’t be for everyone but if you’re addicted to endless repeats of the real thing on UK Gold then expect a lovely jubbly night out.