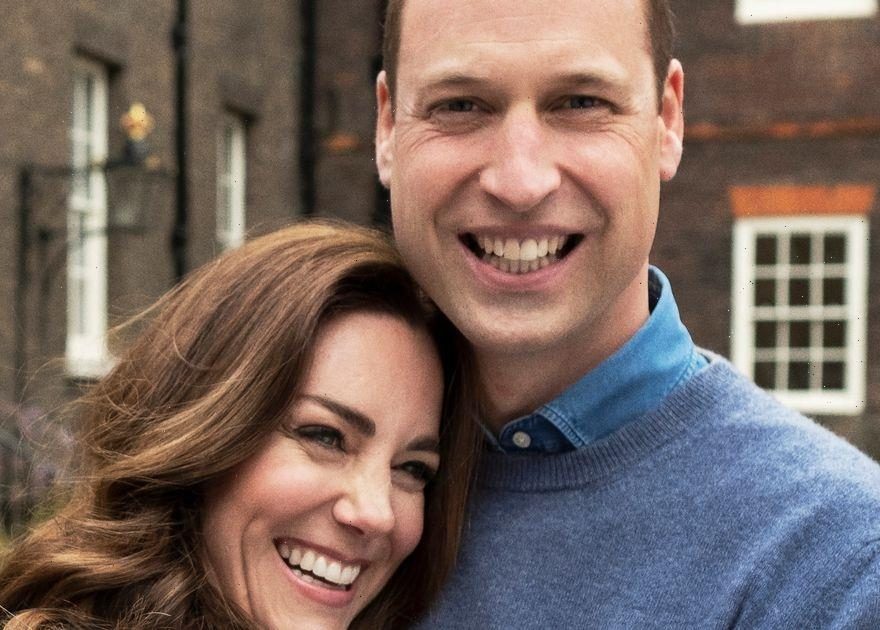 With Prince William channelling his inner Bond in his tuxedo and bow tie and Kate Middleton dazzling in a gorgeous gold gown at the No Time To Die premiere, it’s clear that 007 has the royal seal of approval.

Their schedules are always packed with star-studded engagements – whether that’s attending the Lion King premiere or walking the red carpet at the BAFTAs – but the Cambridges always find time to sit back, relax and watch the latest box set or release.

From Strictly Come Dancing to sweet cartoons for kids, we’ve found out what the Cambridges like to watch behind closed doors…

With the stunning ball gowns, mesmerising music and out-of-this-world performances, it’s no surprise that the Royal Family are gripped by Strictly fever.

Speaking to judge Shirley Ballas and presenter Claudia Winkleman at a charity gala, Prince William revealed that Kate and her mum Carole were regular viewers of the show.

“I have watched the show [Strictly] a couple of times. Catherine is a huge fan, and my mother-in-law loves it,” he said.

And in 2018, The Countess of Wessex and Lady Louise Windsor were spotted in the audience!

Appearing on BBC Radio One in 2017, Kate and William revealed that they were just like us as they enjoyed nothing better than putting on their comfy clothes, ordering a takeaway and watching Game Of Thrones.

With its eight seasons, actor Tom Wlaschiha, who plays Jaquan H'ghar, was shocked to discover that the royals were fans.

He admitted he didn’t know how they had the time to catch up on episodes.

“They wanted spoilers but I said I couldn't tell them. I'm surprised they have time to watch such a long running series,” he told the Evening Standard.

And given that the ending divided fans across the globe, we’d love to find out what the Cambridges thought of the finale. Oh, to be a fly on the wall.

Given that Prince William is the president of BAFTA, it’s pretty evident that he loves a bit of TV.

At the 2019 ceremony, he appeared overjoyed as he met the cast of Killing Eve.

He shared how he’d watched every episode of the show, particularly favouring the comedic element of the spy thriller.

Producer Sally Woodward Gentle said: “He talked about the dark humour of it, and Jodie [Comer] and Sandra [Oh], how amazing they both are.

“And he talked about the humour you can get through the costumes, which is what Phoebe [de Gaye] is so clever at.”

It may be a film associated with teenage girls who pledge their allegiance to either Team Edward or Team Jacob, but it appears that Prince William counts himself a fan.

When members of the royal staff celebrated Christmas by watching Bond film Skyfall, it’s reported that William stopped the film going ahead as he’d already seen it, opting for Twilight instead.

Proving they’re just like any other couple who grew up during the 00s, Kate and William apparently loved to watch One Tree Hill together when they were dating at university.

Creator Mark Schwahn said: “I was told Will and Kate were big fans. I was approached about season four or five of One Tree Hill and they said ‘William and Kate love the show. They watch it all the time’.”

The Great British Bake Off

Since beginning in 2010, GBBO has become a staple in British culture so it’s inevitable that it’s amassed a variety of A-List fans.

Over the years, Kate and William have hinted at their love of the show – when the hit baking contest moved to Channel 4, the prince told youngsters at a London youth club that the show would still be “just as good.”

More recently, the couple appeared in a Christmas special with former judge Mary Berry where they competed against one another in classic GBBO style to make a roulade.

Though Kate has spoken out about the importance of giving children the opportunity to play outdoors, the doting mother-of-three doesn’t let George, Charlotte or Louis go without their beloved TV shows.

Speaking to Radio One, Prince William revealed that Prince George was just like any other child and loved watching Peppa Pig and Fireman Sam.

“You have to pretend you're really interested in it because George gets very upset if you're not showing due diligence to the characters,” he said – aww!