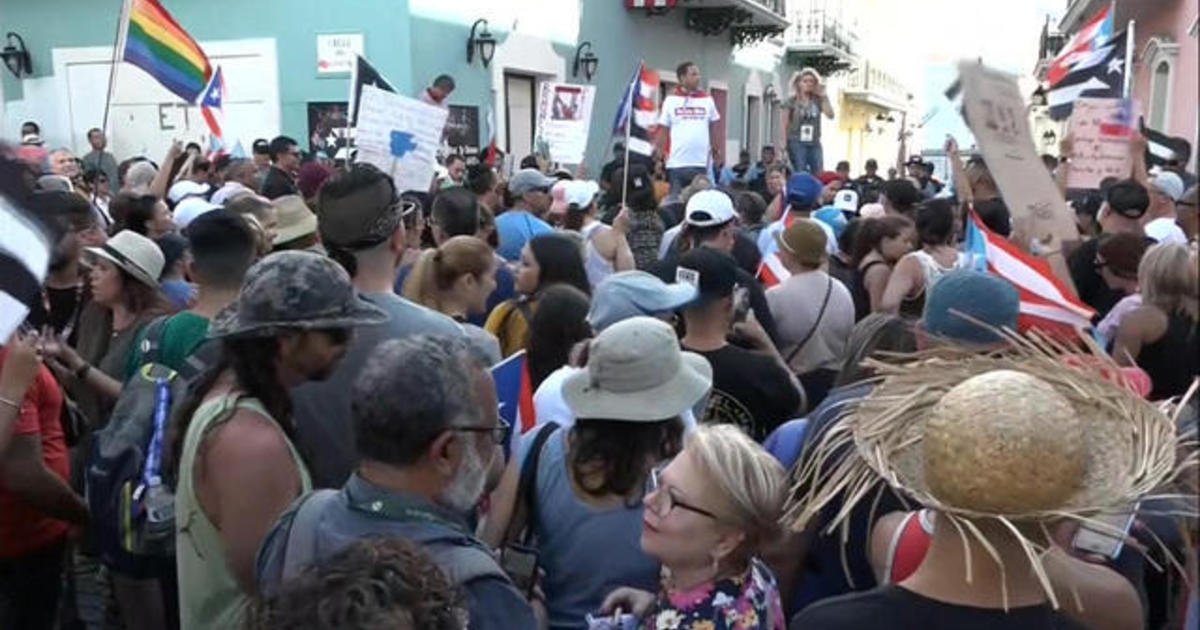 Up to a million protesters are expected in the streets of Puerto Rico to protest the governor who refuses to step down over a leaked online chat where he made homophobic and sexist remarks towards critics of his administration. Governor Ricardo Rosselló announced Sunday night he will not seek reelection, but stopped short of resigning.

After Governor Rossello’s announcement, protesters blocked the only entrance to a government building in Guaynabo where the governor had met with mayors from his party. The governor was able to get out but some lawmakers were trapped. The police moved in after a couple of hours using smoke bombs and pepper spray to disperse the crowd.

Protesters in San Juan are saying Monday’s demonstration will be the biggest yet since this scandal broke. Tens of thousands of people are expected to shut down the main highway that links the capital with the rest of the island.

“I felt, frankly, insulted that he thought he could get away with just not running for governor in 2020. Like, what? We’re not asking to compromise with you, sir. We want you out,” one protester said.

They are furious after leaked chats showed the governor and associates using profane homophobic language, attacking critics, and making fun of people who died during Hurricane Maria.

“It’s not even personal anymore. It’s more about that rage that we have inside. That have really dumb people running this place and we just want them out,” another protester said.

Most people here say they never really believed Rosselló was ready to step down, but they still feel Sunday’s speech was a slap in the face. Some even said, if he thinks this is enough to make us happy, wait until he sees the turnout Monday.