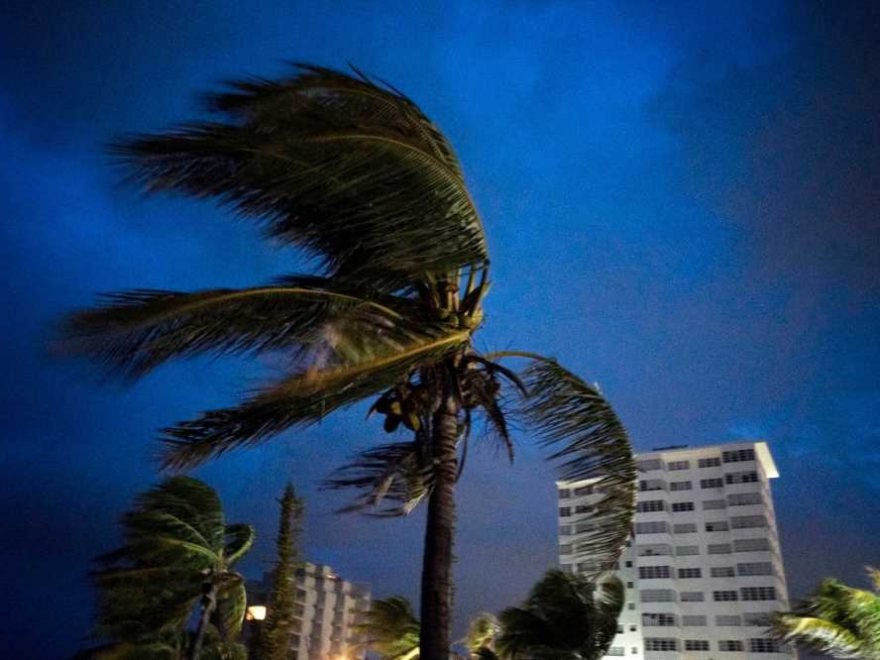 Hurricane Dorian, which recently strengthened to a Category 5 storm, made landfall on Sunday in the Bahamas, which it was still pummeling as it crawled forward on Monday morning.

The storm had continued to intensify over the past week, with sustained winds reported up to 165 mph on Monday, according to CNN. Thirty inches of rain were also possible in some areas, according to the New York Times, as well as storm surges of 18 to 23 feet.

Dorian had been stalled by a high-pressure system in the Atlantic Ocean, CNN reported, but it was forecasted to move northward later Monday — swirling along the East Coast, past Florida, Georgia and the Carolinas. Parts of those states were under mandatory evacuation.

The network added that the Bahamas would feel hurricane conditions Sunday — where Dorian made landfall shortly before 1 p.m. local time and again at 2 p.m. — though the hurricane could miss Florida and make landfall in the U.S. over South Carolina on Wednesday or Thursday. Its intensity at that time was still unclear, according to the Times.

The National Hurricane Center was providing regular updates on social media and directed residents of specific states to its regional offices for further information.

The number of victims and approximate property damage from Dorian was not immediately clear on Monday, though aid workers said up to 13,000 homes may have already been severely damaged or destroyed, CNN reported.

Florida lawmaker Shevrin Jones on Sunday tweeted video he said was from his family in the Bahamas. “Please pray for us,” an emotional woman is heard saying in one clip, which shows submerged homes, surging water and gusting winds.

“People are sending voice notes, people are crying,” one local official told the Times. “You can hear people hollering in the background.”

“Just finish[ed] messaging my family in the Bahamas. They have no power and there’s a lot of flooding. Everyone is safe!” Jones tweeted on Monday.

Hurricane Dorian grew to a Category 2 storm on Thursday, sending Florida residents to local grocery stores to stock up on food and supplies, the Associated Press reported.

The University of Miami hurricane researcher Brian McNoldy told the AP that “a lot of people are going to be affected” by Dorian. And President Donald Trump canceled a trip to Poland to focus on storm response, he said, though he reportedly also found time to golf.

“There is an increasing likelihood of life-threatening storm surge along portions of the Florida east coast late this weekend or early next week, although it is too soon to determine where the highest storm surge will occur,” the National Hurricane Center said in a Thursday update. “Residents should have their hurricane plan in place, know if they are in a hurricane evacuation zone, and listen to advice given by local emergency officials.”

The National Weather Service said the storm could bring “a triple-threat of dangers” including a “life-threatening storm surge,” heavy rains and “devastating hurricane-force winds.”

The storm did not leave as much damage as experts thought when it hit Puerto Rico and the Virgin Islands, according to the AP. But the storm was growing as it approached the U.S., drawing its strength from warm, open waters.

Tiffany Miranda, of Miami Springs, told the AP that she saw dozens of vehicles lined up for gas after she spent half an hour at BJ’s Wholesale Club.

“You never know with these hurricanes. It could be good, it could be bad,” she said. “You just have to be prepared.”

“I feel helpless because the whole coast is threatened,” she told the AP. “What’s the use of going all the way to Georgia if it can land there?”