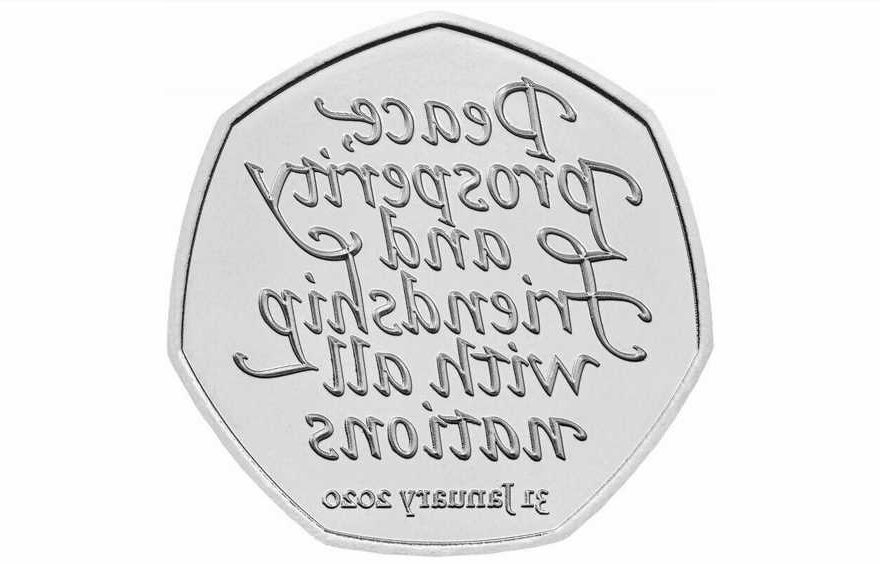 A RARE coin has sold on eBay for £750 at auction for hundreds of pounds more than its face value.

The rare 50p was snapped up after three bids and features the "Peace, Prosperity, and Friendship with all nations" engraving. 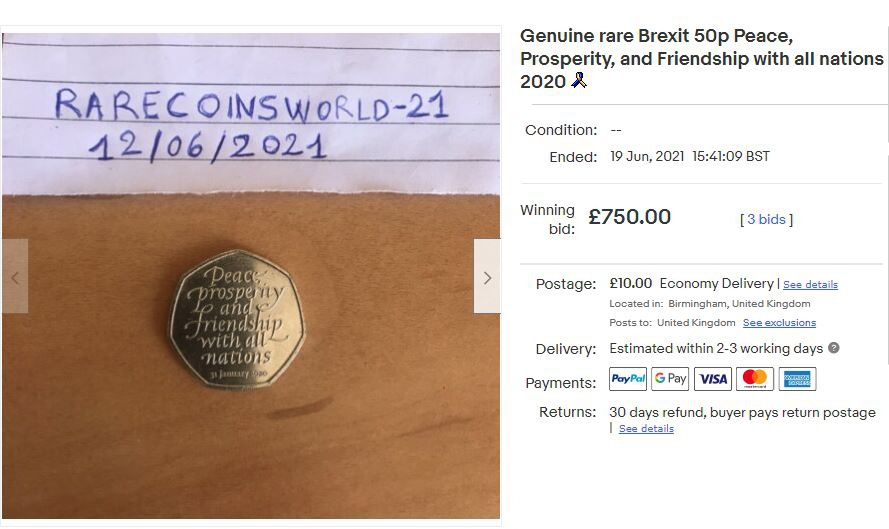 Rare coins will often sell for more than their face value because it is harder to come across them in your change and they are more popular with collectors.

This one is a Brexit edition commemorative coin that has been in circulation since January last year.

It also features the minting date of January 31 2020 in the engraving.

The coin that was sold on eBay on June 19 this year features the engraving on one side instead of the normal "tails" design you might find on a 50p.

The Brexit coin, also called the "Withdrawal from the European Union 2020 50p", was supposed to have been issued back in 2019 but with delays to political event, the release date was postponed.

But not after millions of the originally issued coins were melted down for featuring the wrong date.

Eventually 10million of the correct coins were issued into circulation but collectors as well as critics of the coins have snapped them up and so the coin now has a "rare" status.

You still might find one makes its way into your change so listing it on a site like eBay could potentially see a large return.

Lots of coins are created to commemorate important dates and events with many providing a twist to the classic 50p coin.

Because they don't have the traditional "head and tails" design, avid collectors are keen to snap them up and sometimes they're willing to pay a lot for rare versions so it's worth keeping an eye out in your change.

We've found some in circulation that have fetched up to £707 in the past, with the biggest seller a rare Kew Gardens 50p that coin hunters can't get enough of.

Rare Olympic themed 50p coins have racked up bids too with the highest going for £720.

Sometimes coins with errors can go for big money too, like one rare £1 coin with a minting error that was snapped up for £410 after 20 bids from eager coin collectors.

If you find what you think to be a rare coin in your spare change, you can ask the Royal Mint to take a look and see if it's real.

But be careful of fakes as they are out there and obviously aren't worth as much.

Getting your coins verified means you can also reassure a buyer if you decide to sell any on.

You can compare other rare coins on eBay to see how much they have sold for as reference, and use online tools from change experts like Coin Hunter to see how much it could be worth too.

The coin we spotted that sold for £750 was from a seller with positive feedback already, and having a number of bids on a listing can also signal that they are reputable as well.

Remember, if you're selling on eBay then you need to keep in mind that a buyer could pull out so it can be harder to verify if coins have sold for the value they say they have.