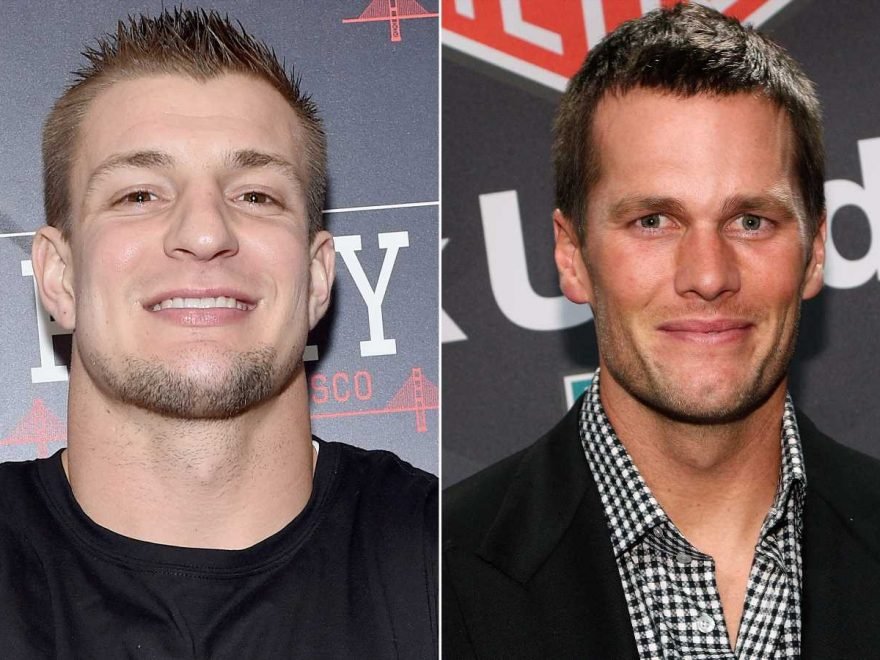 Gronk sees Tom Brady playing for much longer — if he wants to!

Fans started speculating that the six-time Super Bowl champion’s future was on the line after his Brookline area home was put on sale for $39 million earlier this month.

“I think it takes a long time to sell a house. My house is a little bit of an expensive one, so it doesn’t fly off the shelf in a couple weeks,” Brady said on WEEI radio, clearing speculation about his potential retirement. “I think I am at a point in my life where there are a lot of considerations that go into playing. I have a very busy professional life, I have a very busy personal life, and any decision that is made has to consider everything.”

“We have been at the same place for a long time and I love playing for the Patriots,” Brady continued. “I have such a great relationship with Mr. Kraft and Coach Belichick and our team. We’ll worry about that when that happens. This isn’t the time to worry about it.”

Brady agreed to a new contract with the Patriots that makes him a free agent at the end of the 2020 season. However, the contract doesn’t work in Brady’s favor, as it also gives the Patriots an out if his performance suffers next season — so it’s clear why fans worry he’s on his way out.

“It’s a unique situation I’m in my 20th year with the same team and 42 years old,” he added. “Pretty much unchartered territory for everybody and I’m going to go out there and be the best I can this year and see what happens.”

During Gronk’s interview with Extra, the three-time Super Bowl champ also opened up about his own potential return to the game, saying, “I’ve got to have that desire to play, too, and right now, I am enjoying my life, where I am at.”

Instead of returning to the field, the 30-year-old former player is spending quality time with his girlfriend Camille Kostek, with whom there are “no plans right now” to get married, since “we’re just working our butts off right now.”

Gronkowski also spoke to PEOPLE earlier this week about the much-talked-about retirement of Colts quarterback Andrew Luck, who cited his injuries as the what has “taken my joy of this game away” as a reason to retire.

“I can relate to Andrew Luck, where he is,” Gronkowski told PEOPLE. “I’ve been there, and it’s good to see that he wants to take care of himself. He said he wasn’t really himself anymore, and I can relate to that in many ways.”

“I don’t feel like they really understand what the beatings can truly do to your body,” he added. “How they can affect your overall life, and how they can take away joy from your life because your brain is just trying to focus on healing a body part because you took such a massive hit.”