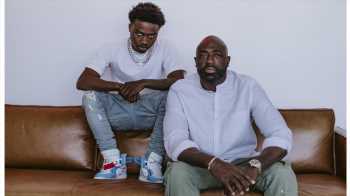 Kobalt has signed Roddy Ricch to a wide-ranging exclusive worldwide deal in which the company will have full administration of the rapper, singer, songwriter and producer’s catalog, as well as publishing, creative services and synch for his future works.

Ricch is a relative newcomer, first emerging onto the music scene in 2017 with the release of “Feed tha Streets.” Ricch followed it up in March 2018 with an EP, “Be 4 Tha Fame” and in July dropped “Die Young” as a dedication to the late XXXTentacion. The mixtape “Feed Tha Streets II,” released in Nov. 2018,a charted, all the while Ricch collaborated wth the likes of Nipsey Hussle, Meek Mill, Future, Young Thug and Marshmello, among others.

Said Ricch: “I respect everything Kobalt’s been doing with their artists they’ve signed and most importantly I felt like they had a genuine interest and support of me as an artist and my vision, which made the decision easy.”

“Roddy’s versatility as an artist is one of a kind and allows him to successfully jump into any genre,” added Sam Taylor, executive vice president, creative at Kobalt, in announcing the deal. “He’s incredible and fresh for the future of Kobalt!”

Taylor was recently promoted to EVP at Kobalt. The publishing and A&R executive, who was named to Variety‘s 2018 Hitmakers list, played a key role in Drake’s “Nice for What” and “In My Feelings” and Kendrick Lamar’s “Alright,” and is credited with signing and developing songs from Gunna, Jay Rock, Raphael Saadiq, Teddy Walton, Yung Exclusive, BlaqnMild, Sounwave and Al Shux, among others.

The Wilds release date, cast, trailer, plot: When will The Wilds be released?
Entertainment