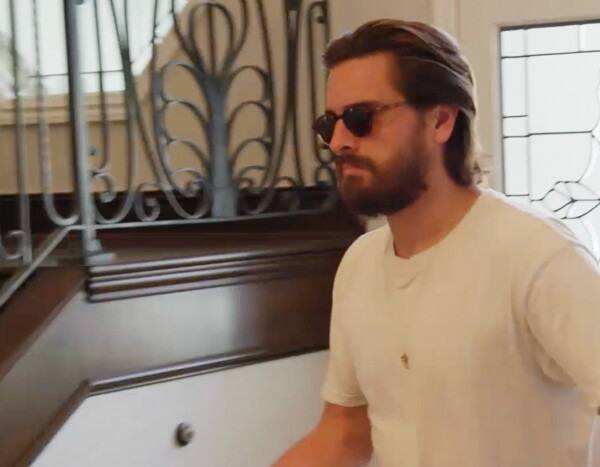 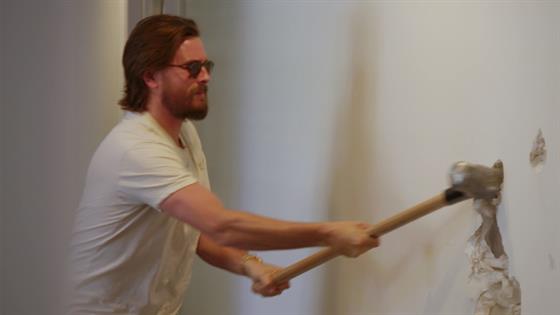 “Today is the first day of demo at the Jed Smith house,” explains the home renovation expert in this clip from Sunday’s new Flip It Like Disick. “Not wanting to waste any time or money, I’m gonna start this demo myself.”

Those who watched the house-flipping show’s series premiere this past weekend will probably remember the Hidden Hills property Scott’s referencing here (for the record, it’s the one he and his team decided to buy, with the intention of flipping and reselling, after surveying a few different options last episode). Those who didn’t can probably at least infer it’s this one, since his narration overlays some footage of Scott going to town on the entryway’s back wall with the aforementioned sledgehammer.

And he’s not the only member of Flip It Like Disick‘s motley crew of real estate mongers who’s living for this right now.

After Scott’s megaphone (he came prepared for this) starts playing “Fur Elise”, Miki does a little two-step that ends with him hurling the industrial strength demolition tool straight through a glass cabinet nearby.

“Wow,” Scott says, removing his glasses to get a closer look at the appliance, which is now lying on the floor in two noticeably separate pieces. “You should return that.”

See the guys take turns smashing literally everything in sight in the full clip above!

Watch a brand new episode of Flip It Like Disick Sunday at 9 p.m., only on E!