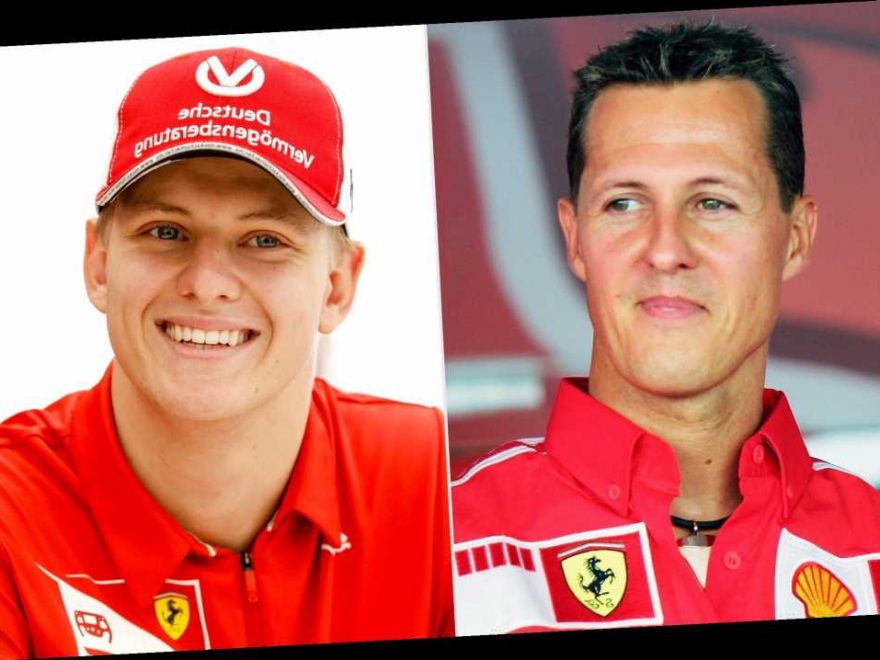 A legendary name is once again on the Formula 1 circuit.

This week, Mick Schumacher — the son of seven-time world champion Michael Schumacher — was named to the Haas racing team on a multi-year deal, according to F1. Mick will be making his official debut with Haas next year, after moving up from the Formula 2 racing championship.

“I’m very pleased that we’re able to confirm Mick Schumacher in our driver line-up for next season and I look forward to welcoming him into the team,” Haas Team Principal Guenther Steiner said in a statement.

“The Formula 2 Championship has long served as a proving ground for talent to showcase their credentials and this year’s field has undoubtedly been one of the most competitive in recent seasons," he added. "Mick has won races, collected podiums and excelled against some pretty exceptional talent in 2020."

While Mick has large shoes to fill — his father is still considered by many fans to be the best F1 driver of all time — the 21-year-old has gotten off to an impressive start in his racing career. After winning eight races in 2018, he was named the Formula 3 European champion, which propelled him to his F2 debut with Ferrari a year later. He'll be teaming with Russian driver Nikita Mazepin at Haas in 2021. “The prospect of being on the Formula 1 grid next year makes me incredibly happy and I’m simply speechless,” Mick said of the promotion.  “I would like to thank Haas F1 Team, Scuderia Ferrari and the Ferrari Driver Academy for placing their trust in me. I also want to acknowledge and extend my love to my parents — I know that I owe them everything."

"I have always believed that I would realize my dream of Formula 1," he continued. "A huge thank you must also go to all the great motorsport fans out there who have supported me throughout my career. I will give it my all, as I always do, and I look forward to going on this journey together with Haas F1 and them.”

Michael retired from F1 in 2006 but returned to racing four years later. He officially stepped away from driving for a final time in 2012, leaving the sport with a record 91 wins.

Just a year later, Michael suffered serious head injuries in a skiing accident that broke apart his helmet after he crashed into rocks at Meribel ski resort in the French Alps. Since then, his family has mostly kept his condition private.

In October, famed Mercedes driver Lewis Hamilton tied (then eventually surpassed) Michael's win total for the most all-time. When he reached the 91-win mark, Mick was on hand to present Hamilton with one of his father's red racing helmets.

"I remember watching Michael as a kid, winning all those races and I was just dreaming of being there myself," Hamilton said of the F1 icon after the win. "It shows dreams really can come true. A big, big thank you to [Mick], this was truly a surreal moment. One that I’ll remember forever."