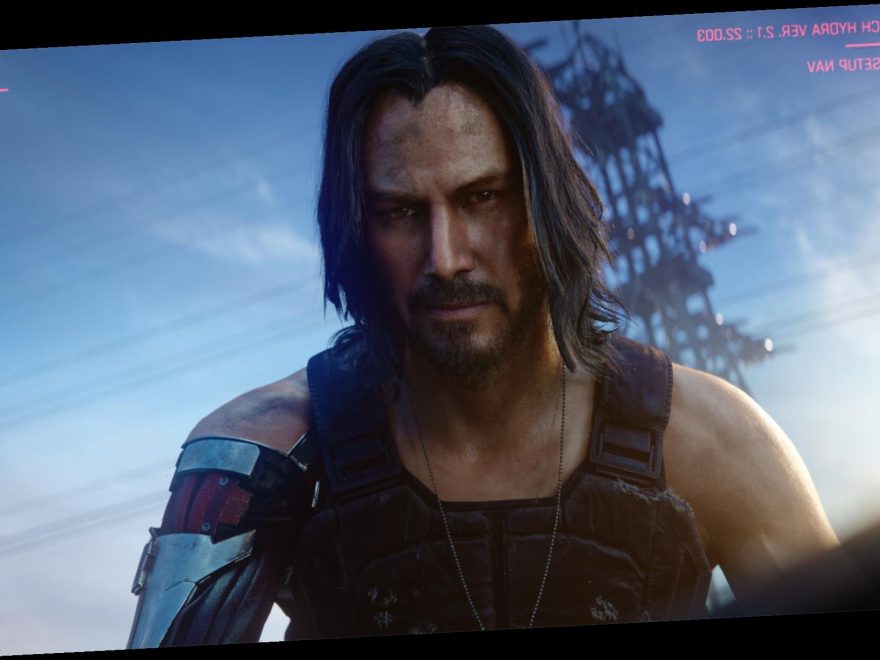 Cyberpunk 2077, what many consider to be the year's most anticipated video game, has been pulled from the Sony PlayStation Store a week after its release amid criticism from players over bugs and crashes.

The game — which is also available on PC and Stadia, Google's streaming game service — was released on Dec. 10 after several delays.

Based on the Cyberpunk universe created by Mike Pondsmith, the action-adventure, role-playing game allows players to customize their character as they explore the dystopian metropolis of Night City. Along the way, players encounter Johnny Silverhand, a character that bears the likeness of and is voiced by Keanu Reeves.

"Following our discussion with PlayStation, a decision was made to temporarily suspend digital distribution of Cyberpunk 2077 on the PlayStation Store," a statement posted on the game's Twitter account on Friday reads. "You can still buy physical versions of the game in brick and mortar stores and online. All digital and physical copies of the game will continue to receive support and updates as we continue to improve your experiences."

In addition, Sony Interactive Entertainment has started to offer full refunds to those who have purchased the game through the PlayStation Store "to ensure a high level of customer satisfaction," according to a tweet from their support account.

The decision to remove the Cyberpunk 2077 from the PlayStation Store comes after many customers reported glitches, bugs and crashes while playing the game, particularly on older gaming consoles such as PlayStation 4 and Xbox One.

The criticism led CD Projekt Red, the game's developer, to issue a public apology on Monday "for not showing the game on base last-gen consoles before it premieres and, in consequence, not allowing you to make a more informed decision about your purchase."

"We should have paid more attention to making it play better on PlayStation and Xbox One," the statement read, adding that developers "will fix bugs and crashes, and improve overall experience."

"We would appreciate it if you would five us a chance, but if you are not pleased with the game on your console and don't want to wait for updates, you can opt to refund your copy," the company said.

Microsoft has since also started offering refunds to users who bought Cyberpunk 2077 through the Microsoft Store, though the game is available for purchase.

"While we know the developers at CD PROJEKT RED have worked hard to ship Cyberpunk 2077 in extremely challenging circumstances, we also realize that some players have been unhappy with the current experience on older consoles," XBox's support account tweeted on Friday. "To date, we have granted refunds to the vast majority of customers who have requested one."

Reeves, 56, previously appeared at a Xbox E3 conference in 2019 to promote the game, saying at the time he was intrigued by the project because "I'm always drawn to fascinating stories."