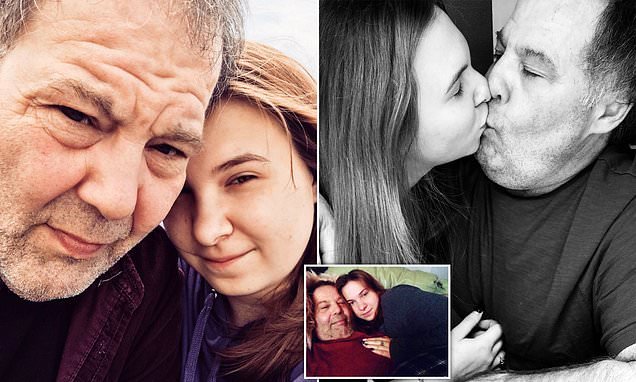 Student who began dating her boyfriend, 58, when she was 16 insists they’re just like any other couple – despite the 42-YEAR age gap

A student who began dating a 58-year-old man when she was a 16-year-old schoolgirl insists they are just like any other couple, despite the 42 year age gap.

Urszula Grzelak, 19, from Warsaw, Poland, first met her partner and love of her life, sales associate Nigel Thorpe, now 61, from Oxford, when she visited family in the UK in August 2016.

The pair have now been together three years and despite Urszula being branded a ‘gold digger’ and Nigel a ‘sugar daddy’, they have learnt to ignore the nasty comments as they are just ‘two people in love’.

Nigel was a friend of Urszula’s aunt and attended a dinner party she was hosting to celebrate her niece’s arrival. 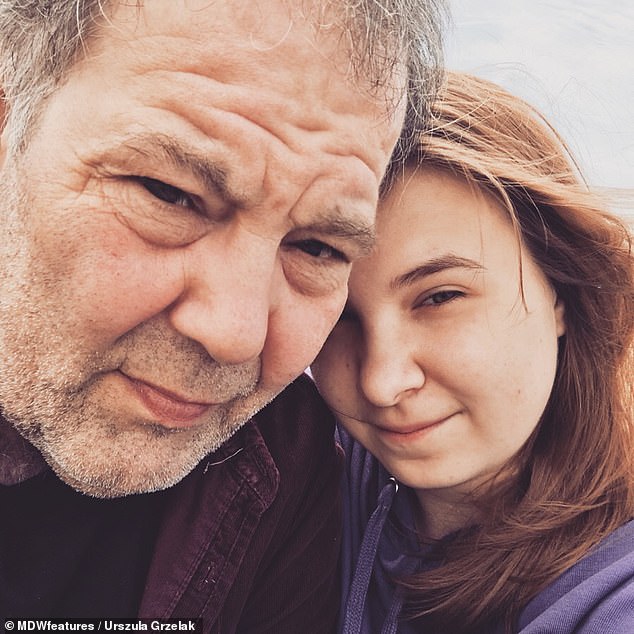 Urszula Grzelak, 19, from Warsaw, Poland, first met her partner and love of her life, sales associate Nigel Thorpe, 61, from Oxford, when she visited family in the UK in August 2016

Urszula found herself feeling drawn to Nigel and he listened whilst she spoke about her studies and what she wanted to do when she finished school.

After the meal, she went up to her room never expecting to see him again.

Two weeks into her stay, Urszula’s aunt was having problems with her partner and decided it would be best for the two of them to stay with Nigel until the end of her holiday.

The pair spent days together visiting local attractions while her aunt was at work. Urszula was in awe of Nigel’s music collection and they bonded over their passion for rock music.

‘It didn’t take a lot for two people who love heavy metal music to connect and get close,’ Urszula explained. 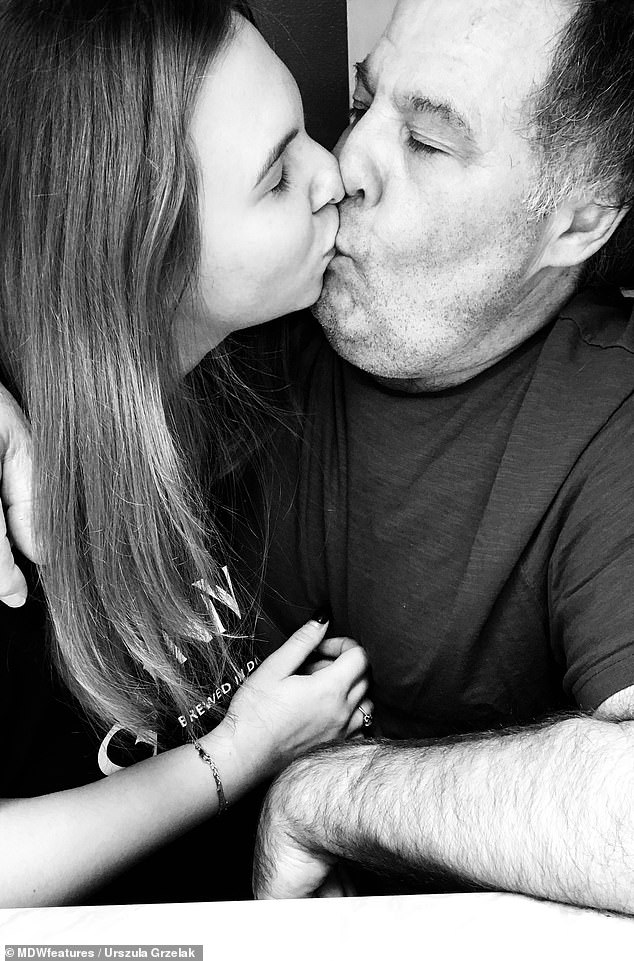 ‘As soon as I saw his huge shelves with CDs and vinyls in his house and recognised my favourite bands I decided to use this as an excuse for long talks. We listened to music together and at this point I believe that it had its own power. Music bonds people.’

She realised she’d fallen in love with Nigel and one night decided to tell him.

‘I felt very enthusiastic and full of positive energy when I realised I was falling in love with him,’ said Urszula.

‘Almost like feelings towards him were giving me energy to live. I became quite obsessed with him. 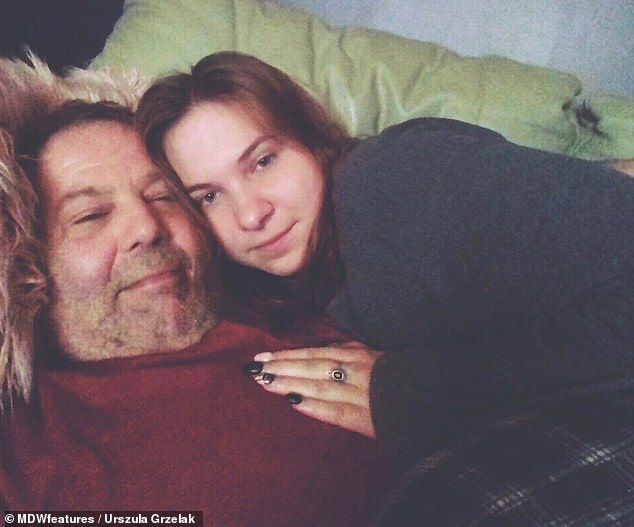 ‘I could stare at him while he was talking, watch him endlessly doing something. I even remember when I secretly slipped into his room where he had his wardrobe just to try on his clothes and experience his smell. At that time, he was absolute perfection for me, and he is still now.’

Nigel was shocked by the revelation and told Urszula he needed time to think. A few days later, Nigel drove her to the airport and hugged her and gave her a kiss, which told Urszula he had the same feelings for her.

Back in Poland she couldn’t wait to tell her parents about Nigel – but they weren’t happy and tried to cut her off from Nigel by taking away her phone and the internet. 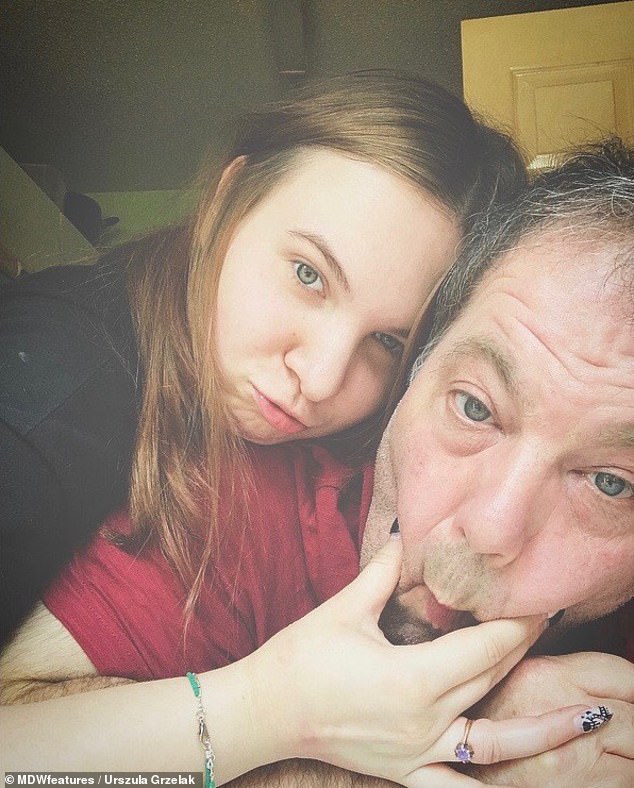 Urszula admitted her parents were disapproving of her relationship with Nigel, 61, in the beginning

‘In the end they weren’t successful because I still kept in touch with Nigel and our feelings were stronger and stronger,’ she explained.

‘My parents mean a lot to me. They were always there when I needed them. When such important people in my life are showing massive disapproval of my relationship it hurts badly.

‘In the end I knew deep inside me that no matter what they will accept this and I was right, they only needed time.’

In June last year, when Urszula finished high school, she moved to the UK to live with Nigel. Her parents are now supportive of their daughter’s choice of partner, having seen how happy she is, and Nigel has even stayed at their family home in Poland. 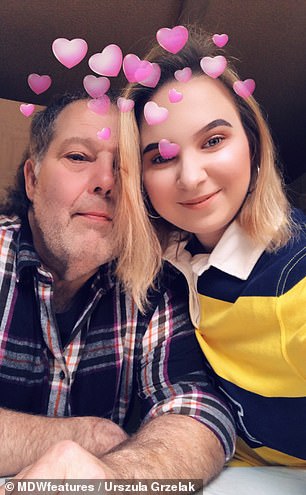 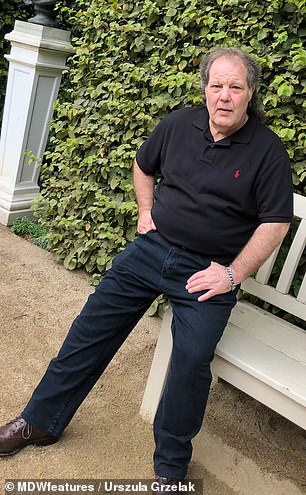 In June last year, when Urszula finished high school, she moved to the UK to live with Nigel in Oxford

Although her mum and dad have accepted her relationship with Nigel, the same can’t be said for strangers who often point, stare and laugh at the couple when they are out in public.

‘The only real difficulties that have arisen due to our relationship are people’s opinions and actions,’ Urszula said.

‘They describe our relationship as controversial and sick. They will make nasty comments, stare at us or point fingers in our direction.

‘We had a situation in Victoria’s Secret where everyone was staring at us, but particularly a group of girls around 17 years old. 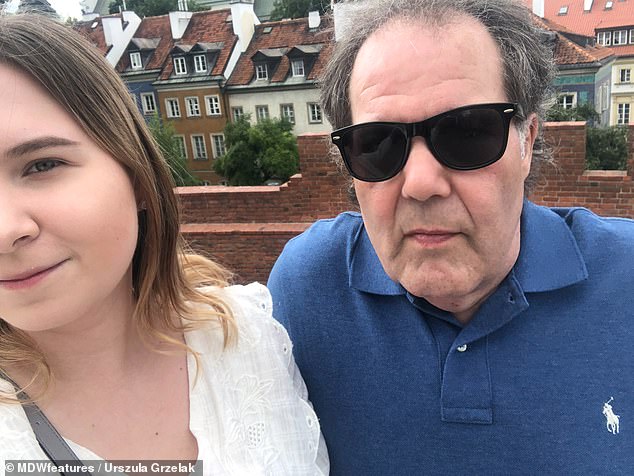 ‘They were chatting about us and giggling. Another situation took place in a jewellery shop where people assumed that he is a rich sugar daddy trying to spoil his sugar baby.

‘There was quiet gossiping and the store staff tried to show absolutely everything to me to make my “sugar daddy” buy a lot.’

Urszula said their solution is to ignore negative behaviour and focus on each other.

‘It will never solve anything when we try to argue with people and convince them,’ she explained.

‘Only a strong and tough personality is needed and it is possible to learn how to have one after a period of time.’ 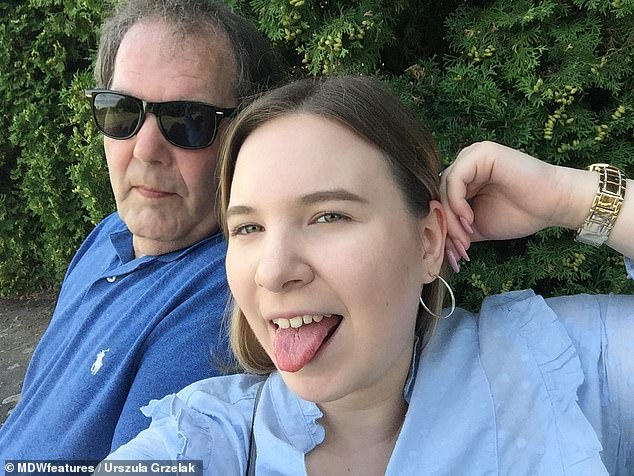 Urszula and Nigel have lived together for over a year now but she is planning on moving back to Poland over the summer to go to university.

Her own parents have a 17-year age gap and Urszula has decided that she doesn’t want children as she felt stigmatised growing up. Nigel has no children of his own.

‘Me and Nigel immediately agreed on that,’ she said of the decision.

‘I don’t see myself as a mother even in the future and we both think that because of his age it won’t be a good idea.

‘I knew that getting into a relationship with such a huge gap, I needed to consider the fact that I won’t be having children. 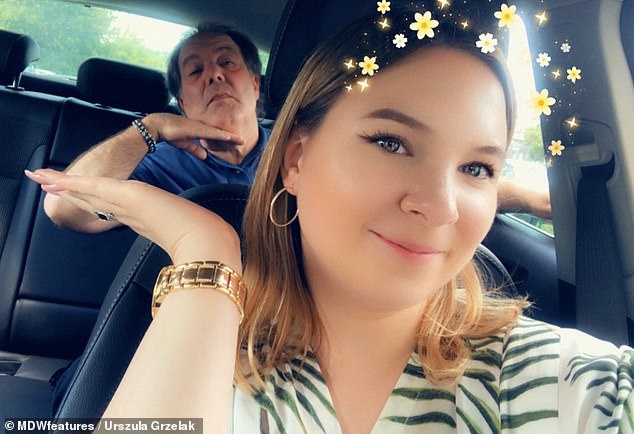 ‘I also think about the future of this child and I don’t want to put this young person into a situation where other children will stigmatise them at school or in the playground. I went through this myself because of my parent’s age gap.

‘It is of course our personal view and we don’t want to say that other couples with age gaps shouldn’t have children. I know some couples like us who created their own family and are very happy and I’m happy for them.

‘In the future we want to get married and simply live together. We want to create our own house and make it a place full of love and respect.’

Urszula urged their critics to realise how humiliating and harmful their comments can be. 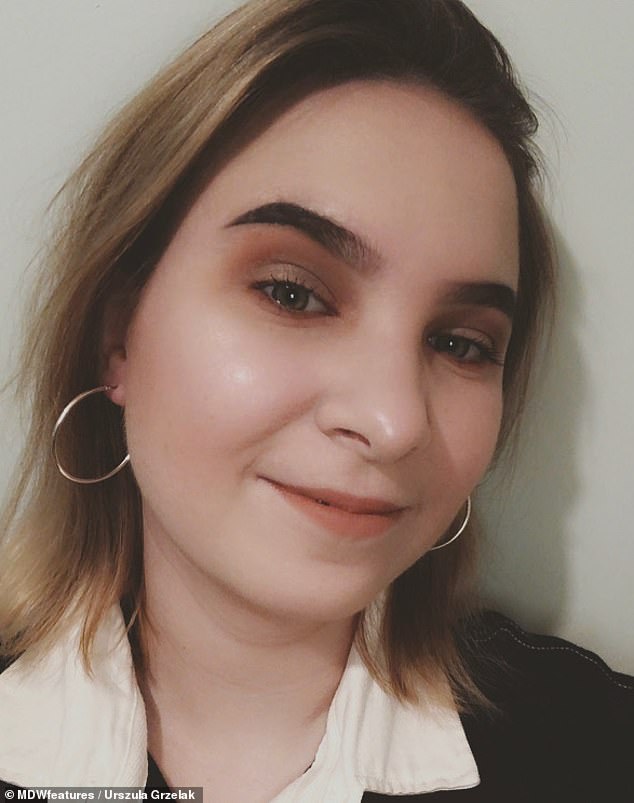 ‘In my case the most important thing was to start with building strong confidence and self-consciousness. Now I can finally say that it does not matter what people will say. I will live my own life. Only you, yourself, know who you love, how you feel and what is best for you,’ she said.

‘To everyone who criticises our relationship, you are fully entitled to your opinion as long as it is not abusive and harmful.

‘Pointing with fingers on the street and shouting out loud is not the way to express opinion or disagree on something.

‘People need to understand that we all are very different but no one is allowed to judge or hurt people because of it. Age gap relationships are not always going to be to do with the classic stereotype. 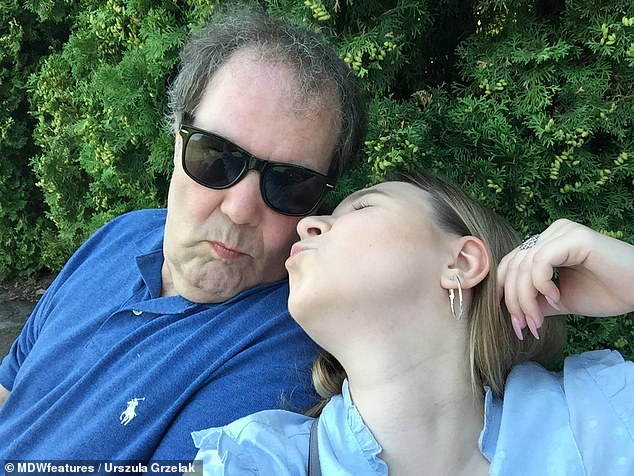 ‘Just open your mind and see how many beautiful couples there are in the world with smaller and bigger age gaps. Maybe they have a difference in age but not in love.

‘To anyone who is in an age gap relationship, focus on happiness with your partner and don’t you ever think that you are doing something wrong or morally inappropriate. Never forget to say and show how much you love your partner.

‘To those who want to date much older or younger people, be sure of your feelings and if your heart tells you that this is it, just do it. Love is stronger than anything. For love there is no boundaries.’