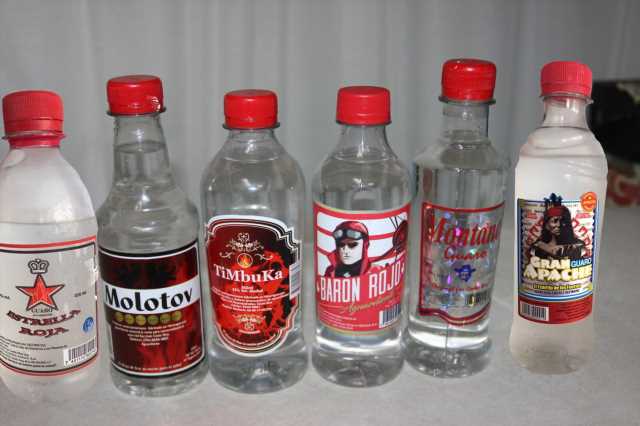 The Costa Rica Ministry of Health has issued a national alert after 19 people died from consuming alcohol tainted with toxic levels of methanol.

In a press release, officials said that since June, a total of 14 men and five women — all between the ages of 32 and 72 — have died from the poisoning. Their deaths have been reported in several cities across Costa Rica, including San José, Heredia, Cartago, Guanacaste, and Limón.

Investigations are ongoing, officials said, but as a precaution the government has confiscated nearly 30,000 bottles of alcohol they believe to be contaminated.

“The Ministry of Health continues to carry out operations throughout the national territory in order to reduce the exposure of consumers to adulterated products,” they wrote, in Spanish.

Methanol — which is typically found in antifreeze, varnishes, and fuels — is often added to counterfeit or informally made alcoholic drinks, according to the World Heath Organization.

“Some illicitly-produced drinks are made to appear legitimate through bottle design and labelling and consumers can be misled into believing they are buying a genuine brand of alcohol,” the WHO warned. “Bottles may be sold in shops, markets and bars, often at a ‘bargain’ price.”

The widely available chemical can mimic the feelings of inebriation, though consumption can cause headaches, dizziness, drowsiness, muscle paralysis and death, WHO said.

Outbreaks throughout the world have been on the rise in recent years, in areas like Cambodia, Czech Republic, Ecuador, Estonia, India, Indonesia, Kenya, Libya, Nicaragua, Norway, Pakistan, Turkey, and Uganda, the WHO reported.

Each have ranged in size from 20 to over 800 victims, with case fatality rates of over 30 percent, according to the WHO.

The WHO urges consumers to refrain from purchasing illegal alcoholic drinks, be aware of the symptoms of methanol poisoning, and to seek medical attention immediately.

'The Bold and the Beautiful': Kimberlin Brown Hints Sheila's Story Isn't Over

'90s heartthrobs — Where are they now?

Sarah, Duchess of York: ‘I thought my mum left me because I'd cut my hair'
Lifestyle

Fancy building your own home? Five plots for sale and what you can do