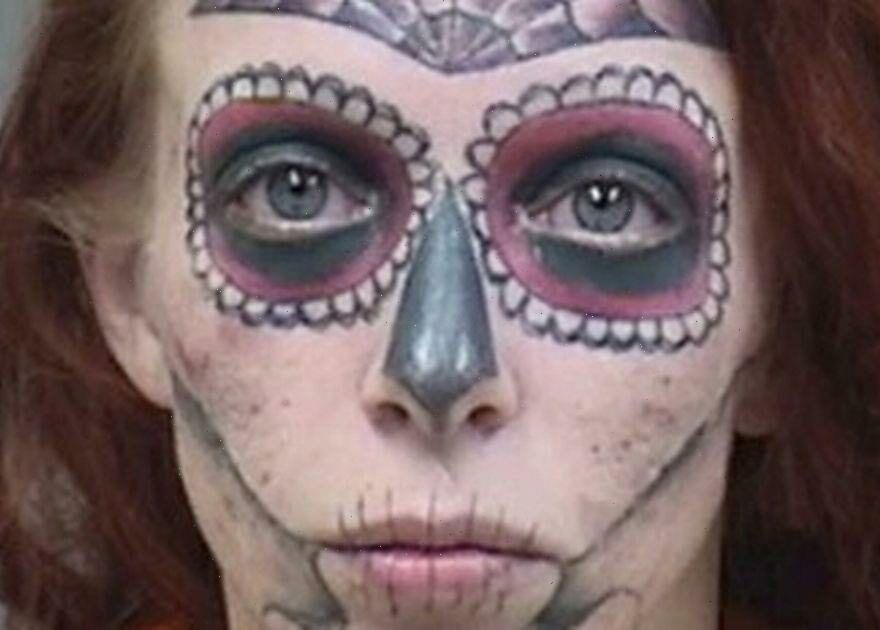 A woman who went viral for her unforgettable mugshot has decided to get a fresh start and have her tattoos removed.

Alyssa Zebrasky, from Warren in Ohio, US, made international headlines when she was arrested for theft and drug-related charges between 2018 and 2019.

Her mugshot was particularly striking due to the sugar skull-style tattoo on her face. It featured a colourful spider web inking across her forehead, dark circles around her eyes and thread-like lines across her lips and cheeks.

READ MORE: Stripper says bosses let her show her breasts but order her to cover up face tattoos

The 29-year-old, who is now clean and living a normal life, started a process to remove her tattoos and shared it on TikTok.

She said from inside her car: "Today we went for removal number 10 and I just want to say that I'm in a lot of pain today.

"The hands are hurting pretty f***ing bad this time."

Since the removal session started, the tattoos on the back of her hands have visibly reduced and the two striking lines on her cheeks have disappeared.

The spider web mark on the forehead has also lightened.

But she is not able to remove the tattoos around her eyes because of lack of special equipment.

"I know they can get around the orbital bone, anything that has bone underneath it, they can remove it…but some of the black might stay," she explained.

Some viewers congratulated her for recovering from the drug addiction and taking courage to go through pain.

But Alyssa took the opportunity to explain she had her face tattooed because of her then-boyfriend.

"A few years ago I met this guy I thought I was in love. I moved away with him after I just got clean off heroin, I started doing other drugs.

"He told me if I wanted to be him, that I would get my face tattooed.

"We stopped seeing each other. Fast forward to a year after I got clean, I asked my parole officer, I said 'hey, what do you think about me getting my tattoos removed?'