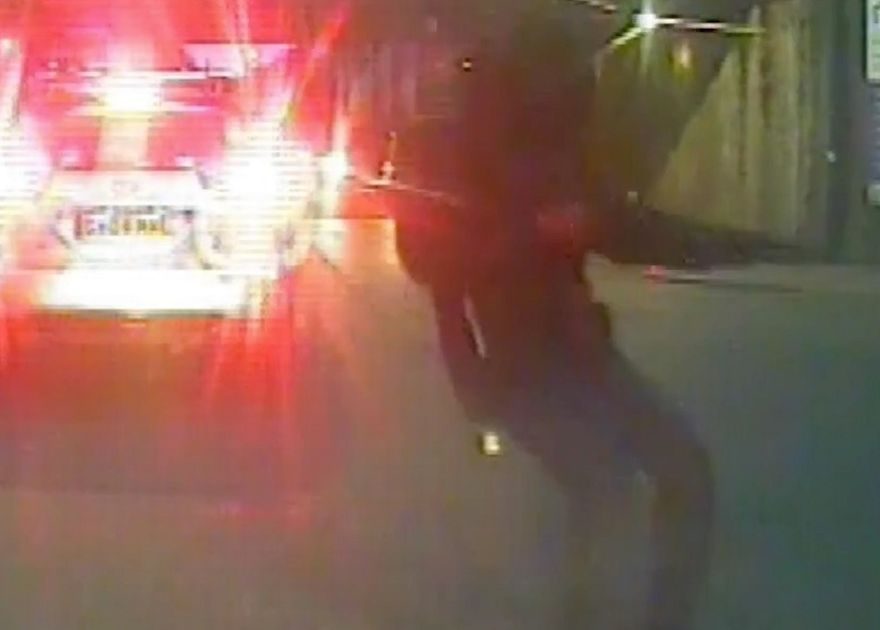 This is the terrifying moment a hooded gunman jumps out a moving car and fires at a petrified man on a city street.

The dramatic footage, which has emerged today, shows the light-coloured Lexus RX 300 on false number plates pull up outside a pub and the shameless yob get out holding a pump action shotgun.

He fires two shots at the unsuspecting victim and runs off, back into the car.

One woman can heard scream: "Oh my god, he's shooting."

It is understood the 24-year-old victim somehow escaped with a single minor wound to his leg after the attack in Clapham, southwest London.

" Police were called at 21:31hrs on Tuesday, 4 June to Bedford Road at the junction with Fenwick Place, SW9, following reports of a firearms discharge.

The force has appealed for information in connection with the brazen gunning.

The police spokesman added: "At 21:46hrs officers were alerted to a 24-year-old man who had presented at a south London hospital suffering from a gunshot wound to the leg.

"The victim's injuries were declared not life-threatening and he has since been discharged from hospital.

"Detectives have linked this injured person to the above reported shooting."

The Lexus RX 300 sped off in the direction of Brixton and Tooting but hasn't been recovered.