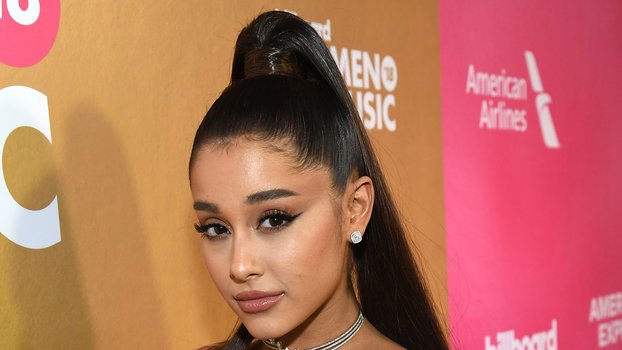 Ariana Grande's high, snatched ponytail is a celebrity in its own right. Although the singer is known for her hairstyle as her bops, she's game to switch things up by letting her hair down once in a while.

When she does ditch the pony, the Internet freaks out. Today, Grande caused hysteria among her fans on Instagram when she posted a behind-the-scenes look from a video shoot. In her post, she's wearing her hair down in a '60s-inspired look. The style includes a center part, tons of volume at the crown, and a black headband to round out the retro vibe. While this isn't the first time she's worn her hair down, Grande has never styled her hair like this before.

i even wear @givenchyofficial in my videos ☺️

Fans were more excited about her hairstyle than her new music video. "I stan this look," said one follower. "You're serving looooooooooks," another commented.

VIDEO: How Much Ariana Grande Spends on Hair & Makeup

To quote Mean Girls, the one of the inspirations for Grande's "Thank U, Next" music video, this hairstyle is full of secrets. Since she didn't reveal what video was shooting, we can only speculate. A commercial for her upcoming Thank U, Next fragrance or the video for her Charlie's Angels single with Miley Cyrus and Lana Del Rey are a few possibilities.

Even though Grande has ditched her ponytail before, it's still always a surprise.