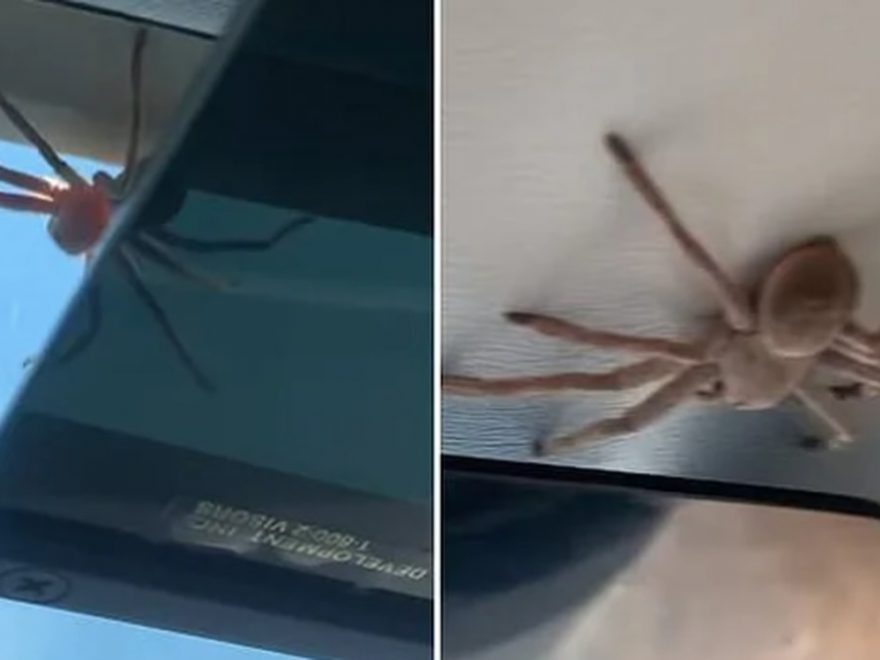 A Northern Territory pilot has had to work hard to keep his cool, after a stowaway huntsman dropped onto him from the cockpit’s ceiling as he was landing a plane.

Footage obtained by 9 News shows the giant spider crawling along the inside of the plane’s cockpit as it landed in Kakadu National Park on Tuesday.

Describing the arachnid as a “big boy”, passenger Sean Hancock estimated it was around 15cm across.

The Cessna aircraft had been on a scenic flight when they noticed the arachnid, withHancock saying the pilot was a little shaken when the spider dropped.

It is understood workers on the plane had seen the spider a few days earlier but thought it had since gone.

In response to the video, one viewer on Facebook referred to the spider’s antics as “the stuff of nightmares”.

“I don’t think I want to go to Kakadu anymore,” another person said.

“I would have a heart attack,” another woman wrote.