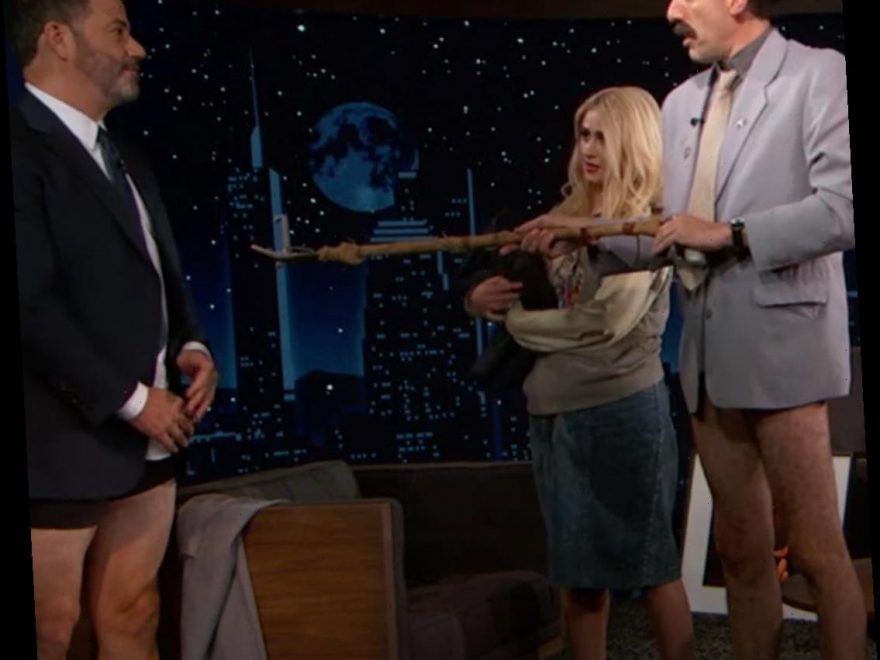 Just days before the release of his Borat sequel, Sacha Baron Cohen made an appearance on Jimmy Kimmel Live! as his character. Watch the video here to see what unfolds. 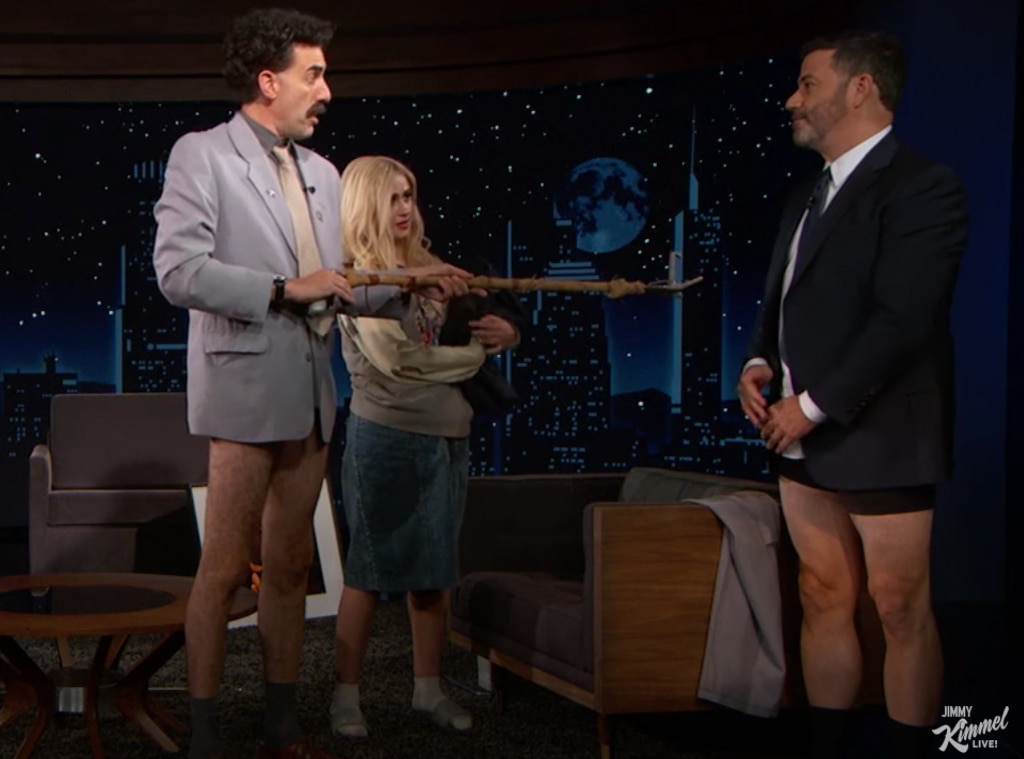 Sacha Baron Cohen made an appearance as the character on the Oct. 19 episode of Jimmy Kimmel Live!. Let's just say, things didn't go as the late-night host expected.

Donning his signature gray suit, the fictitious journalist from Kazakhstan said he needed to ask Jimmy Kimmel a "health questionnaire" due to the coronavirus pandemic. He also tried to spot the virus with a magnifying glass and smack it with a frying pan, despite Kimmel noting this method wouldn't work.

"He is a coward! This coronavirus is a coward!" the mockumentary star shouted after nearly swatting the cameraman.

But that's not all. After Kimmel answered all the questions, he was asked to participate in a physical examination, during which Cohen, er, Borat unzipped Kimmel's fly front with a clamp and pulled him around the room.

He wasn't the only one from the movie to make a cameo, either. At one point, Borat's daughter made an appearance and attempted to steal a portrait from the studio. However, this wasn't the only souvenir she wanted. She also made it clear she had to have Kimmel's pants.

At first, Kimmel objected. Then, Borat offered to trade trousers and proceeded to strip down, flashing the camera. Eventually, Kimmel gave in and took his pants off, too. However, he drew the line when he was asked for his underwear.

Dancing With the Stars Reveals the Top 10

Emma Roberts Blocked Her Mom on Instagram After She Revealed Pregnancy

The guest appearance came days before the release of the Borat sequel Borat Subsequent Moviefilm: Delivery of Prodigious Bribe to American Regime for Make Benefit Once Glorious Nation of Kazakhstan, which Cohen not only starred in but also wrote and produced.