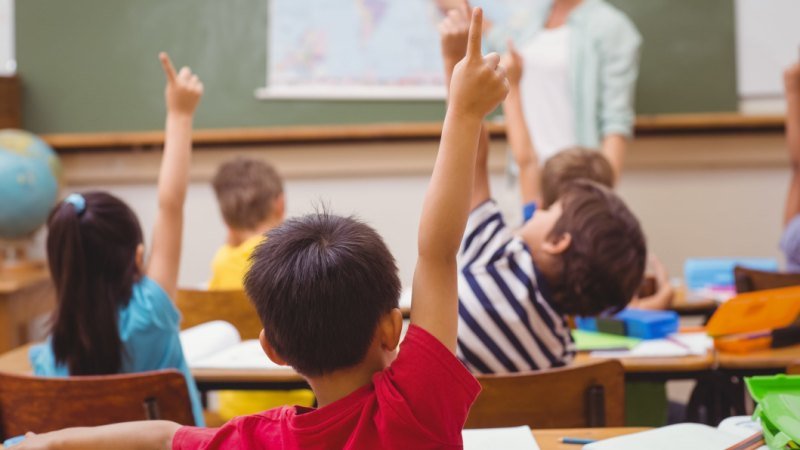 When my five-year-old’s school announced plans to introduce a "bring your own" iPad program, my gut reaction was discomfort. But the feeling confounded me. I’m not anti-technology, so why the immediate scepticism?

In an attempt to understand the issue better, I did what any journalist would do, I researched. And what I discovered shocked me. 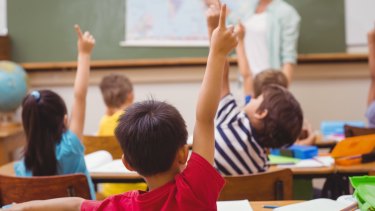 Is our knee-jerk reaction to mindlessly throw technology at them really the answer? Credit:SHUTTERSTOCK

In this country, in our children’s classrooms, a massive transformation is occurring, largely unscrutinised and certainly unsupported by evidence. Hundreds of thousands of parents in every state and territory are being asked to buy or lease iPads for kids as young as five via programs known as 1-to-1 or "bring your own device" (BYOD).

And despite the swift and widespread take-up of tablets in both state and independent schools, no evidence exists to justify 1:1 programs. Perhaps even more disturbingly, experts are increasingly warning of potential harms.

The issue was not lost on the dozens of parents who called into talkback radio after the Victorian Government this month announced plans to join NSW in banning mobile phones in classrooms. Parents who are largely supportive of a ban but are struggling to reconcile the contradictions. The truth is the even bigger battleground is one endorsed by education departments across the country – it’s iPads as an educational tool.

The arguments in favour of iPad learning are often underpinned by a sense of inevitability and speak to our fear of the future – will our children be equipped for a changing, technological world? But is our knee-jerk reaction to mindlessly throw technology at them really the answer?

David Gillespie, the author of Teen Brain and Free Schools is adamant the answer is no.

"There is no evidence at all of benefit from 1:1 programs. There is limited benefit where you have small groups of children working on the same device … so they think the benefit is in fact the children being able to discuss what the solution is. And even then, the benefit is really, very limited."

Many of the parents I have spoken to feel deeply uncomfortable with 1:1 programs, but railroaded into it, lest their child be the only one without a device and left vulnerable to stigma. And in every case, they spoke of being bombarded with positive messages about the purported benefits of iPad learning. Given the evidence, claims of this nature are at best misguided, sinister at worst.

One NSW school proudly declares on its website, "we have determined the iPad to be the most effective learning tool to facilitate the development of 21st century learning skills". Really?

David Gillespie is scornful of such claims.

"I couldn’t think of anything less true. It’s absolute nonsense. Technology today is designed for a 2-year-old to be able to pick up and figure out in the first 30 seconds."

Indeed, it is hard to imagine how the skills most often identified as necessary for future employment – such as complex problem solving, creativity, emotional intelligence and people management – can be truly nurtured by a machine designed to be idiot-proof.

There are also the lessons of early adopter schools to consider. In NSW, private school Reddam House has ditched iPads altogether, saying they were a distraction from learning and did not contribute to students’ technology skills. And the principal of a Melbourne primary school recently told me their BYOD iPad program was phased out last year due to the use of recreational apps on school grounds and more generally, significant community disharmony. The decision followed a teacher vote that was overwhelmingly in favour of ending the program.

In the US, there is an emerging trend of rich parents and private schools banning devices, while poorer public schools continue to promote the supposed benefits. And in the tech heartland of Silicon Valley, three quarters of the kids attending one device-free school have parents connected to the tech industry; they include employees at Google, Apple and Yahoo.

Both in the US and here, experts are warning that a broad view of child wellbeing has not been properly considered by schools adopting 1:1 programs. David Gillespie says while the riskiest period for device addiction is the teen years, it’s critical that healthy attitudes to screens are established as early as possible.

"If the child has spent their entire life being allowed to entertain themselves with addictive software, then when they hit (puberty) it’s going to be very hard to tell them ‘no’."

"(The tech companies) have really learned how to tap into that reward and pleasure zones and keep people coming back for more. What I worry about is that we haven’t yet had kids who grew up with iPhones and iPads when they were under five, we haven’t seen how they turn out as adults yet, but we do know there are some worrying trends."

There’s less talking to parents, less communication, and less dealing with the normal feelings because you can immediately distract yourself.

Ms Rimington believes the vast majority of Victorian school children already exceed the recommended healthy range for screen time, simply through recreational use. She says some of the more worrying effects of heavy device use are out-of-control tantrums and stunted emotional development.

"It stops them doing all the other stuff they need to do. So, there’s less talking to parents, and less communication, and less dealing with the normal feelings of life, because you can immediately distract yourself and go into another world."

As kids get older, these social harms pose greater risks to the individual and family members. I’ve heard numerous stories from teachers of teens committing violence against parents in a desperate attempt to access banned devices. One parent I spoke to characterised her battle to

set boundaries for her child’s school-mandated iPad as the "bane of her life".

It’s also worth noting the role Apple plays in this story. The tech giant offers schools discounted rates for their products, not just for the tablets themselves but for other hardware. Given that children begin to form brand loyalty from as young as three years old, we should not mistake cheaper prices for corporate altruism.

Then there’s the questions of equity, privilege and environmental cost. And ultimately, we should all be asking ourselves what the term ‘public education’ really means in Australia in 2019 if it comes with an additional $500+ price-tag?

All of this paints a picture of an education system allowing a major multinational to infiltrate our schools and hook our children into a lifetime of device use on pseudo-legitimate terms. And unfortunately, we’re falling for it.