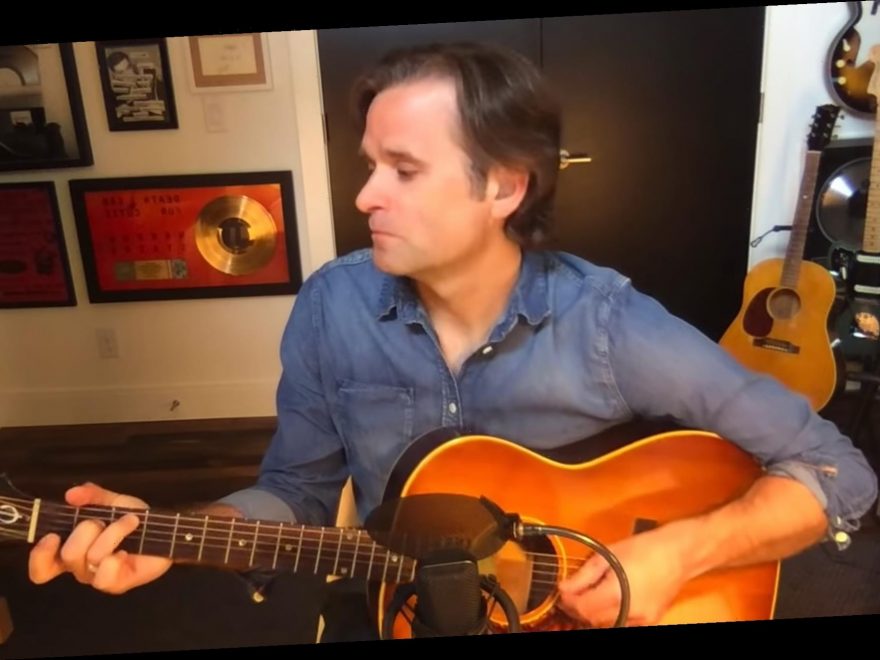 Ben Gibbard, one-half of the beloved indie-pop duo the Postal Service, has finally acknowledged a good pun and dedicated a performance of “Such Great Heights” to the United States Postal Service, which is in dire straits at the moment.

Gibbard performed an acoustic version of the project’s signature song during a recent livestream, as reported by Stereogum, and opened it with a dedication to the USPS.

“I think more than any election in my lifetime, this one is of paramount importance. And one of the many institutions outside of democracy that is very core that is under fire is that of the United States Postal Service,” Gibbard said. “For those who are not aware, I was in a band called the Postal Service. We put out a record in 2003 and we made this music by sending CDs back and forth to each other…I think in the midst of this global pandemic, nothing is more important than to being able to vote safely and securely and vote by mail has shown to be that over and over and over again.”

There’s a bit of irony here, considering that the U.S. Postal Service sent a cease and desist notice to Gibbard and his bandmate, Jimmy Tamborello, when they first started performing as the Postal Service. The band later reached an agreement with USPS and were given free license to use the name in exchange for promoting the postal service — hence how “Such Great Heights” ended up in a USPS commercial.