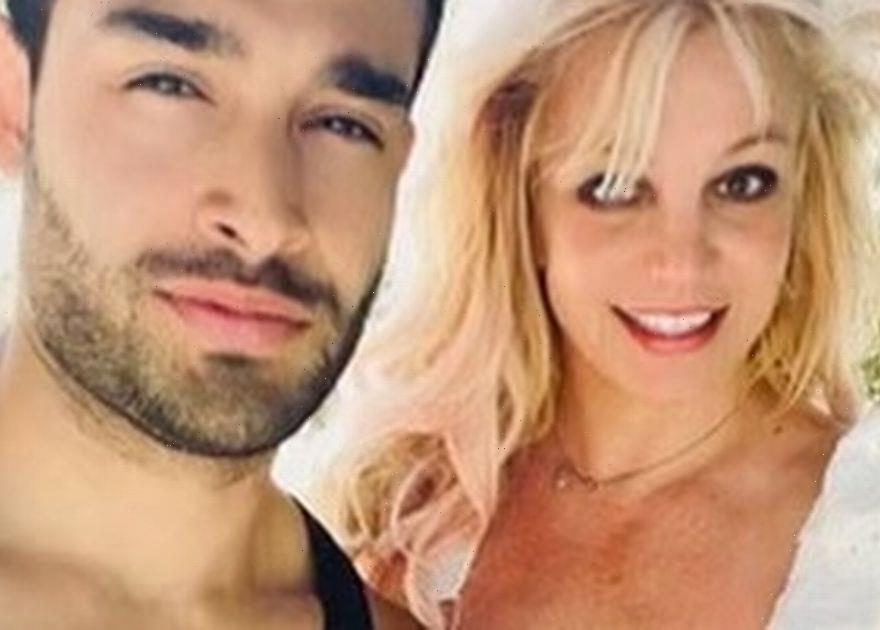 Britney Spears and her fiancé Sam Asghari are reportedly determined to have a baby next year following the star regaining her rights and privileges after her conservatorship was stripped away.

The Overprotected singer, 40, first met her fitness model fiancé on set of her Slumber Party music video in 2016, where the two hit it off immediately.

Sam and Britney got engaged and she took to Instagram to share the exciting news with fans.

Now, it has been reported that Sam wants Britney to be as healthy as possible so they can start a family.

"Britney is in awe of how disciplined and smart he is on this subject, and it's really rubbed off on her in terms of making better choices and taking far greater care of herself," the source claimed to heat magazine.

The source claims that Sam plans to be 'by her side' and will 'talk some sense into her' if she tries to quit her health kick.

"Britney's saying she's all in and ready to make the switch, but only time will tell if she follows through and can keep up with Sam's routine," they added.

Back in June, Britney appeared remotely at Los Angeles' Court where she talked to Judge Brenda Penny about not being allowed to have children.

The singer had claimed that her 'team' allegedly did not want her to get pregnant with another child.

"I have an [IUD] inside of me right now, so I don't get pregnant," she told the judge.

"I wanted to take the [IUD] out so I could start trying to have another baby, but this so-called team won't let me go to the doctor to take it out because they don't want me to have children."

The award-winning singer also has two sons with her ex-husband Kevin Federline and has been upfront about wanting to become a mum for the third time.

The Toxic singe finally regained her freedom in November after being under a conservatorship for the last 13 years.

Her father Jamie had been in charge of the conservatorship before his suspension in September, the same month Britney announced her engagement.

Meanwhile, Britney recently teased fans on Instagram about a 'new addition to her family.'

She took to her page two weeks ago to share a cryptic post with her 38.1 million followers, asking them to guess whether it's 'a boy or a girl'.

In the short clip, the singer can be seen by a Christmas tree, feeding what fans believe to be an animal with a milk bottle – with her back to the camera throughout the entire footage.

Britney and Sam recently shared a sweet video with her sons Sean, 16 and Jayden, 15 as they spent the day making memories.

The youngsters were seen having a plenty of fun at an immersive experience – where the art comes alive on the walls to allow people to engage with sight and touch.

The teenagers also used UV neon paint to make various designs and were filmed having a dance and a laugh.

Sharing the clip on Instagram, Britney wrote: "Adventures with the kids are so much fun