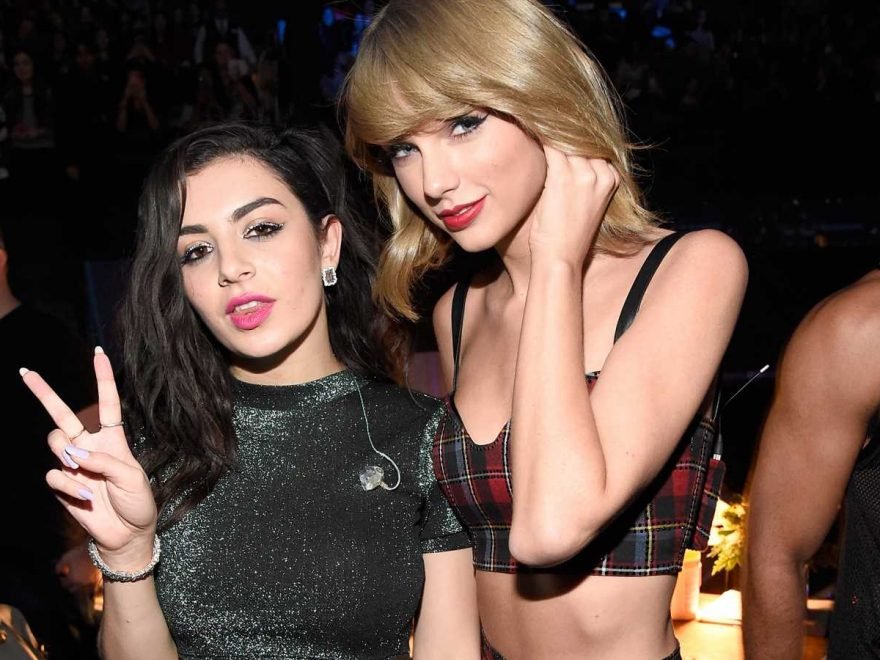 Charli XCX is making it clear that she has no bad blood about opening for Taylor Swift during her Reputation Stadium Tour.

The “Boom Clap” singer, 27, faced the wrath of Swifties around the world on Tuesday after making comments in a new Pitchfork cover story that seemingly suggested she found her opening gig for Swift’s 2018 tour to be demeaning.

Once Charli learned of Swift’s fans’ anger, the entertainer clarified her comments in a statement on Twitter and reiterated how “grateful” she was to have had that opportunity.

“As I say in the article and have said many times before, I am extremely grateful to Taylor for inviting me to open for her,” Charli tweeted. “She’s one of the biggest artists of my generation and the Reputation tour was one of the biggest tours in history.”

The controversy initially stemmed from the singer’s comments about how challenging it was to constantly open the show at 6 p.m., especially after previously performing so many late-night shows in crowded venues.

“I’m really grateful that [Taylor] asked me on that tour,” Charli, who opened the show along with Camila Cabello, told the outlet. “But as an artist, it kind of felt like I was getting up on stage and waving to 5-year-olds.”

“I’ve done so much of it, and it really cemented my status as this underdog character, which I like now,” she continued. “But I need to just own my own f— s— finally.”

Swift’s fans then instantly slammed Charli, going so far as to write on Twitter, “i hope @charli_xcx enjoyed her 13 seconds of fame omg” and “Someone send charli xcx back to 1999 bc she’s no longer needed.”

“charli xcx opening for taylor swift will probably be the peak of her career and she has the audacity to say ‘im singing for five year olds,'” added another user. “she acts like her performance was good i was bored as s— counting down the minutes until taylor came out.”

Charli eventually opened up in a lengthy note on Twitter and explained that she never meant for her comments to be taken in a negative way.

“Hey, a few people on the Internet have taken something I said out of context and I want to clarify that there is absolutely no shade and only love here!” she began her tweet.

“In the printed conversation of this much wider conversation, my answers about this tour were boiled down into one kind of weird sentence – leading up to that tour I’d been playing a tonne of 18+ club shows and so to be on stage in front of all ages was new to me and made me approach my performances with a whole new kind of energy,” Charli wrote.

The star continued, “more so I talked about how it was brilliant opening for Taylor, I am extremely grateful for the opportunity I was given and how much fun it was to perform to a new audience!”

“Any tour I’ve been on with any other artist as an opening act has always taught me so much. It’s always wonderful to watch other artists do their thing, own their stage, and speak their language to their dedicated fan bases – and this was especially true for the reputation tour,” she added.

“Hope this gives clarity to what was a great interview !! lots of love,” she finished.

Swift’s tour kicked off in May 2018 in Glendale, Arizona and wrapped six months and 53 concerts later in Tokyo, Japan.

Ahead of its highly-anticipated start, Charli revealed to PEOPLE that she hoped a collaboration with Swift, 29, and Cabello, 22, would come out of their time together.

“They’re both such great writers so I’d love to write with them while we’re out on the road,” the British pop star told PEOPLE in April 2018. “That’d be really amazing. I think it’s awesome that it’s going to be an all-girl tour.”

Though Charli hadn’t worked on anything musically with Swift before, she was invited to perform her song “Boom, Clap” on stage with her during one of her 1989 concert dates in Toronto.

“We had a great time,” Charli said of her past performance with Swift. “She’s always been very kind to me, and I’m very excited for the tour.”

Along the way, the Reputation Stadium Tour broke a number of records. Opening night in Arizona saw 59,157 fans show up to support Swift, according to Billboard.

The album itself sold two million copies in its first week of release.

The history-making tour also eventually became a concert film, which was released on Netflix on New Year’s Eve and featured both of Swift’s opening acts.