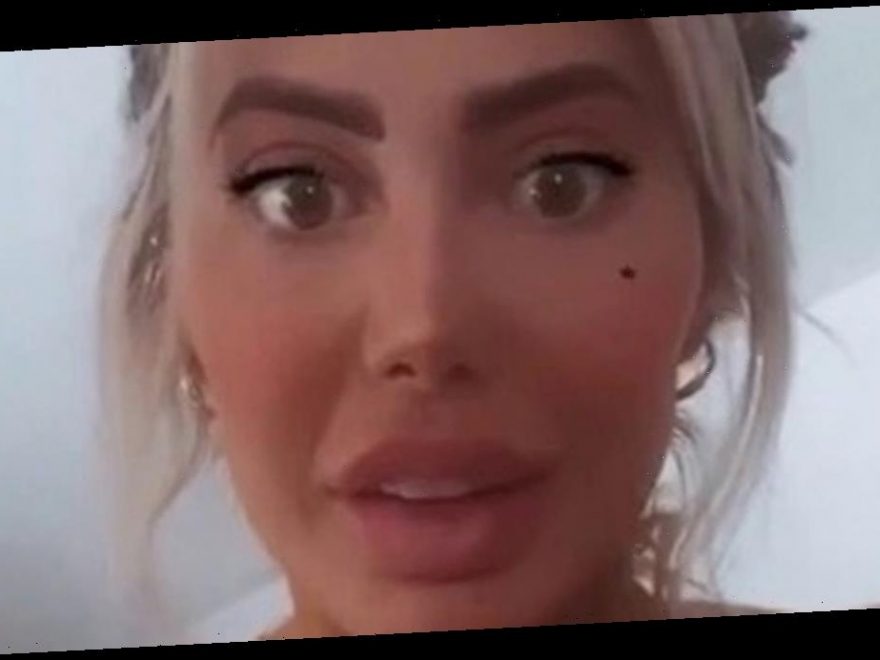 Chloe Ferry says she was left terrified after losing her sight temporarily.

The Geordie Shore star told followers she had lost her sight yesterday because she stared at her phone for too long.

Chloe told her fans on Instagram she was hit with a "crippling headache" and was unable to see, before her vision later returned.

She said: "It was actually quite scary.

"I'm spending way too much time on my phone. I do normally get really bad migraines but I've never had that before where I couldn't see.

"It was actually quite scary. This morning I was supposed to do all of my work, but I've taken the morning off."

Chloe, who is often seen posing with her phone in her underwear or a bikini, also told how she'd banned herself from using her handset even to take sexy mirror selfies.

She apologised for not doing any work in the aftermath of her temporary blindness, saying: "I want some time off my phone and I'm just going to chill."

The bombshell jokingly added: "Obviously if any lads text me today, the hundred that I've got, I'll reply to you obviously – but no work."

Earlier this week Chloe was spotted on a night out in Newcastle with her Geordie Shore co-star Bethan Kershaw.

The Geordie Shore babe was pictured wearing a casual look of a tiny white bra top and skintight grey leggings, dressing the outfit up with a Christian Dior handbag.

The 25-year-old stopped off at a local shop and picked up a large bottle of Smirnoff vodka so she could continue the night out with Bethan.

The babe had clearly had a good time at Bijoux in Newcastle, as her white top was covered in stains.

Going braless for the night out, it appears Chloe was feeling the cold as the tight top stretched thin over her assets and revealed her nipples.

Her slender frame was the main attraction, with her thin waist and tattoos accentuated by her high-waisted leggings.

Chloe wore her long blonde locks straight and allowed them to flow down her tanned back.

Meanwhile, she went for a full glam look when it came to makeup, sporting contoured cheeks, heavy lashes, sculpted brows and a pink hue on her plump pout.

Chloe posed for photographers on the street, turning around and sticking out her rear, revealing that her top was completely backless in the process.

The flimsy garment was held up by some tiny straps, meaning she really was risking a wardrobe malfunction if anything decided to move from its safe space.