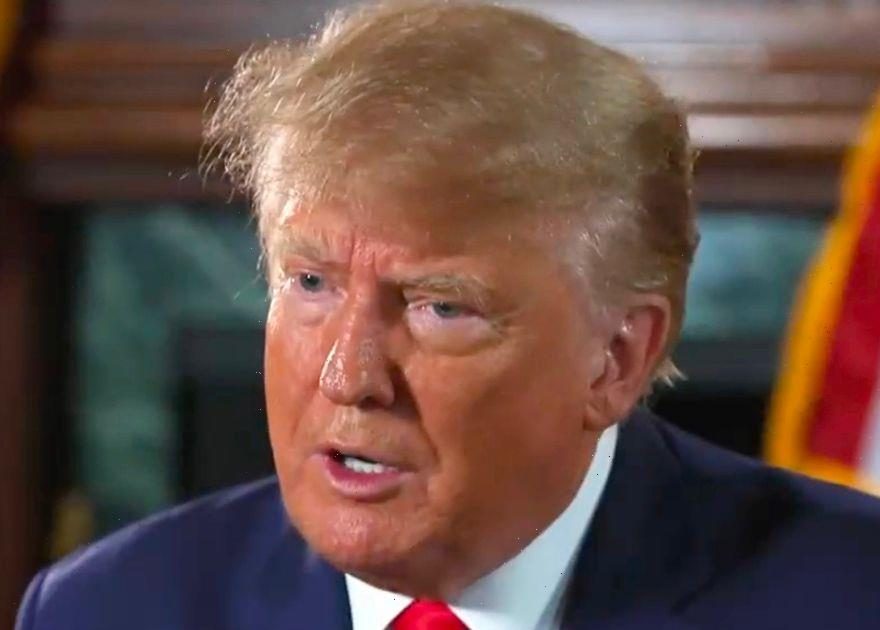 Donald Trump has said he doesn't agree with the way Piers Morgan handled his departure from Good Morning Britain.

The former US president told Piers he "overreacted" in his confrontation with weather presenter Alex Beresford, which saw him temporarily storm off set.

Trump gave his opinion on the incident during an interview with the former Britain's Got Talent judge, 57, for his new talk show Piers Morgan Uncensored.

The 45th US president describes Alex, 41, as "a stiff" in the interview and accuses Piers of attacking his former colleague in the heated on-air exchange about Prince Harry and his wife Meghan.

Though Piers later returned to present the rest of the programme, his refusal to apologise for his comments in which he said he did not believe some of the claims made by Meghan during an interview she and Harry gave to Oprah Winfrey led to his leaving the ITV breakfast show.

Part of Piers' interview with Trump, which airs in full today at 8pm on TalkTV, was transcribed in The Sun.

"I thought you overreacted by the way," said Trump as the pair discussed Piers' controversial GMB exit in March last year.

"The guy was a stiff," he continued, referring to Beresford. "You made it about him."

Trump added that he agreed with Piers' opinion that "the attacks on the Royal Family were disgraceful and unsubstantiated".

The 75-year-old, who was keen to point out in the interview that he is "a big fan of the Queen", was asked by Piers what he would have done if asked to apologise for his comments or leave his job.

Trump said: "I would have left but I wouldn’t have attacked the weatherman. He wasn’t worth it."

Piers replied: "I didn’t attack him, I left the room."

But Trump hits back: "No, you attacked him. He attacked you and then I would have handled differently, but that’s okay."

Trump also tells Piers during the interview that the Queen should strip Harry and Meghan of their royal titles.

He also describes Harry as the most "whipped" man he has ever seen and said that he does not think his marriage to Meghan will last.