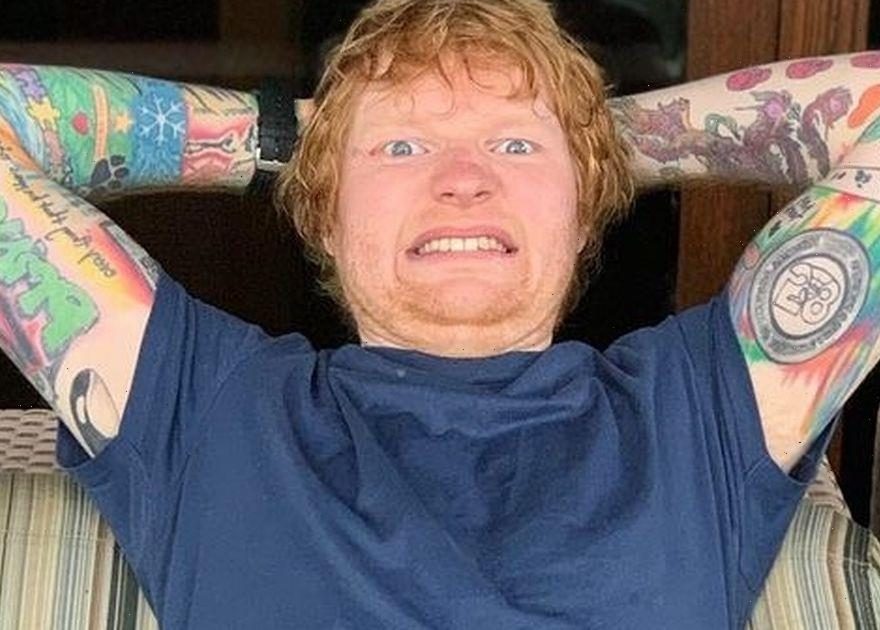 New dad Ed Sheeran loves his tattoos, and he's revealed his latest piece is a beautiful tribute to his little girl, Lyra.

The chart-topping singer, 30, welcomed his baby daughter – Lyra Antarctica Seaborn Sheeran – into the world back in September last year with his wife Cherry Seaborn with a sweet Instagram post.

Clearly he's been loving fatherhood ever since, because the proud dad has now celebrated his daughter by getting an orca inked on his arm.

Ed announced he got the cute black and white tattoo – seen on his left arm – done in order to honour little Lyra because the killer whale is native to the continent of her middle name, Antarctica.

It comes as the Shape of You star celebrated his new single, Bad Habits, hitting number one on Friday – his tenth number one to date.

The hit-maker dressed up as a vampire in the music video, so he got some vampire teeth on his shoulder for the project.

Discussing his recent tattoos, Ed said: “I got some vampire teeth on my shoulder for the video and an orca for Antarctica."

However, he admitted that he's already covered in a plethora of weird and wonderful inked-shapes, so his fresh new orca definitely will be in some colourful company on Ed's body.

He explained: "I am completely covered in the weirdest, most colourful tattoos and that is the thing no one can get their head around, apart from my wife. Everyone says I look like a melted crayon.

"But I love them. I love that any time something random happens, I put it on my body."

Ed's tattoos include some quirky pieces including a teddy bear, a bottle of ketchup and the character Pingu.

He went on to say that he would "blitz" through an array of new tattoos whilst he was in his twenties, adding: "In my twenties, I would sit for 18 hours and just blitz it."

Taking to Twitter, Ed thanked his fans in a sweet video, saying: "So, Bad Habits has gone No1 in the UK.

"I want to say thank you so much to everyone who made this happen. I've been away for such a long time and I really don't take this for granted.

"Thank you for making me feel the love and hopefully next week it will be knocked off the No1 spot by Three Lions as we're going to win the Euros. It's coming home."

His fans will be delighted to hear that Ed's got a new studio album coming out – with Bad Habits as the lead single – as he's been working on plenty of music.

He also co-wrote Maisie Peters' new song Psycho, which is out now.