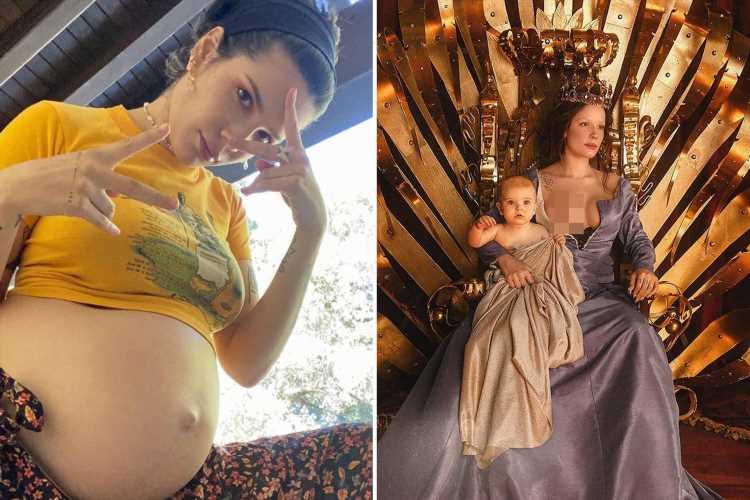 HALSEY hinted she may have already given birth as she poses with her breast out for her new album cover.

The singer dropped her new album cover this week and depicts her on a huge gold throne with her breast exposed holding a baby in her lap. 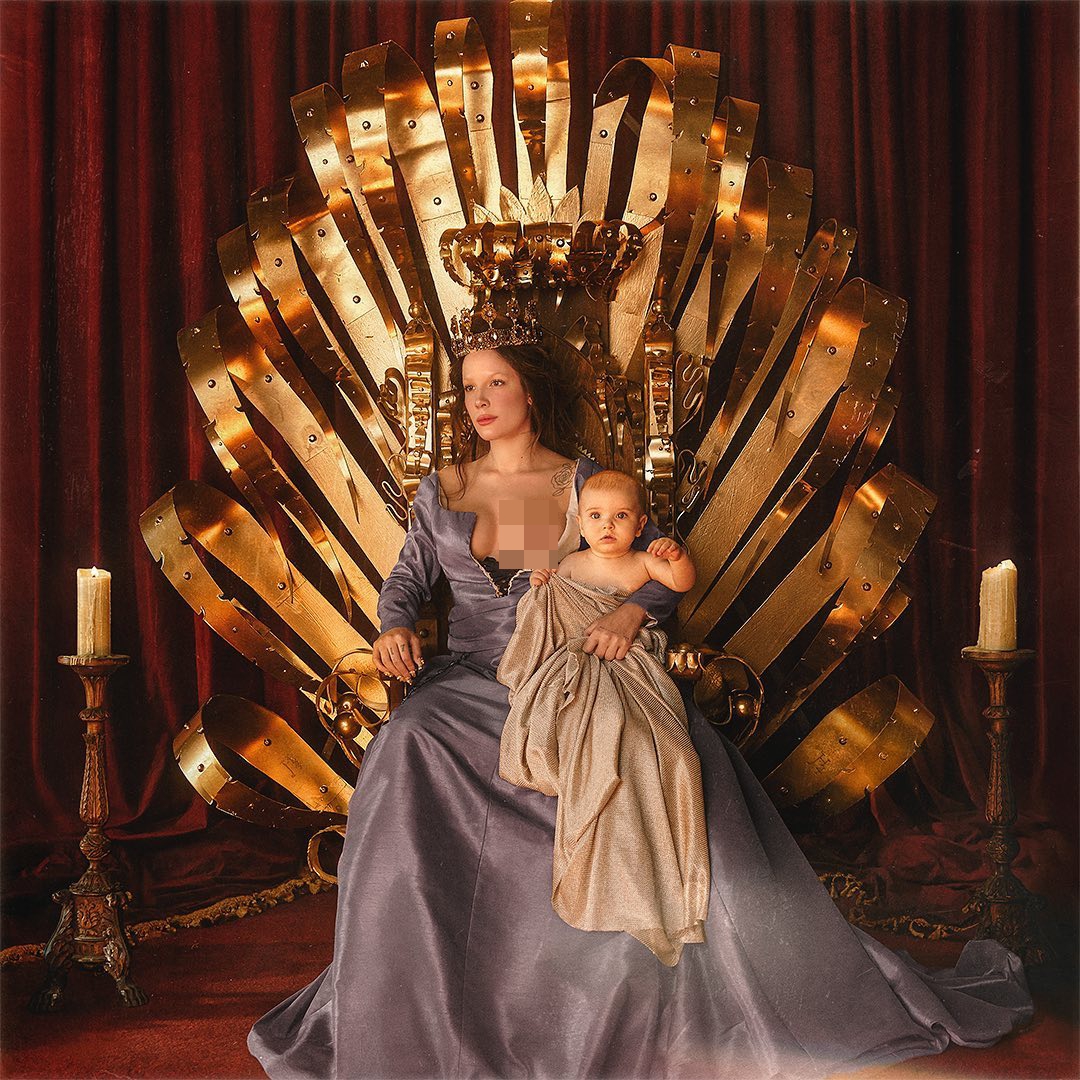 The cover for her fourth album titled, If I Can't Have Love, I Want Power, is modelled on the Jean Fouquet oil painting, Virgin and Child.

The 26-year-old explained in the caption the Renaissance-themed cover is to “reclaim my autonomy” after going through “the joys and horrors of pregnancy and childbirth.”

Fans speculated her use of words such as "postpartum" and "breastfeeding" in the caption hinted Halsey had already given birth to her first baby.

"It was very important to me that the cover art conveyed the sentiment of my journey over the past few months," she explained, despite not confirming if her child had been born. 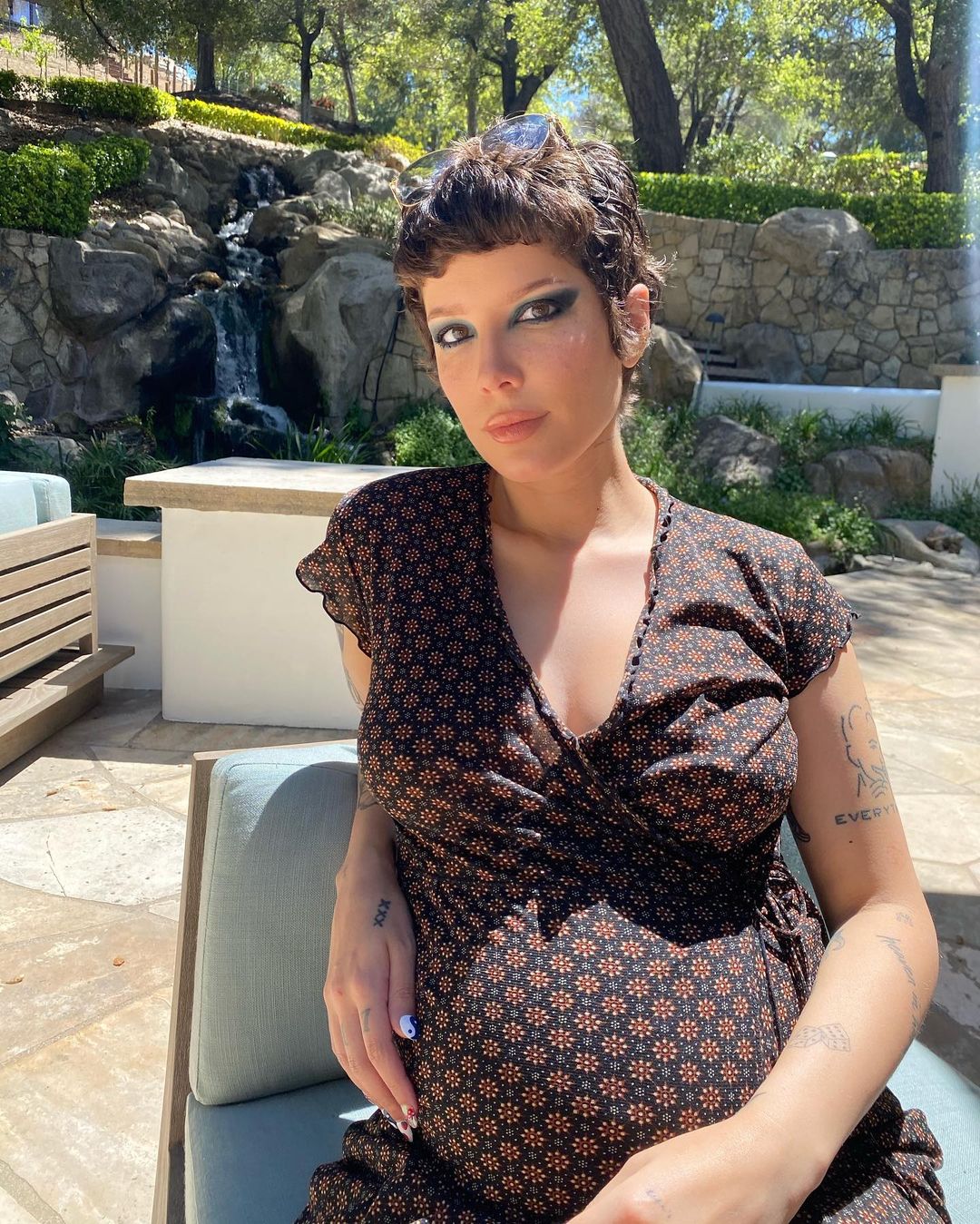 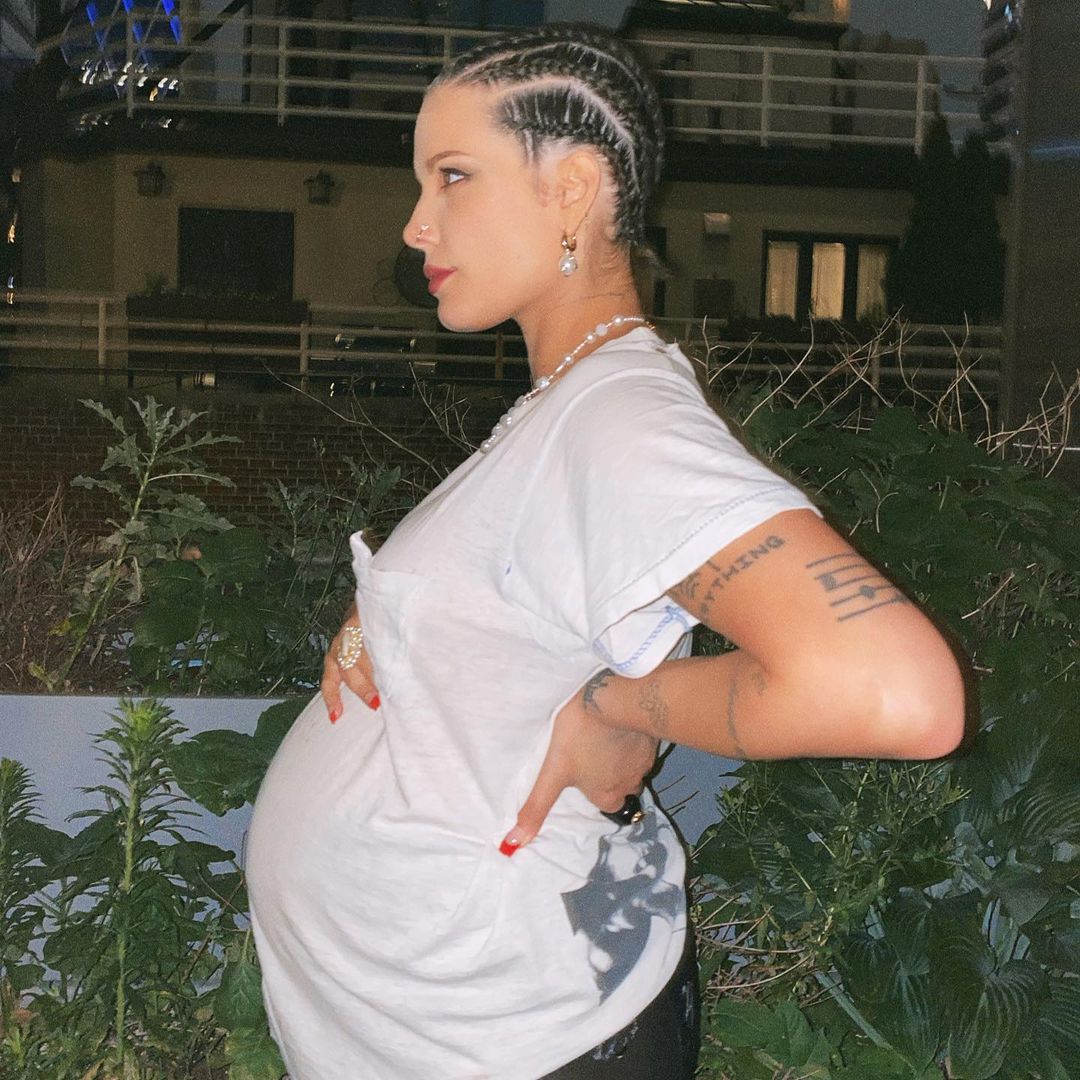 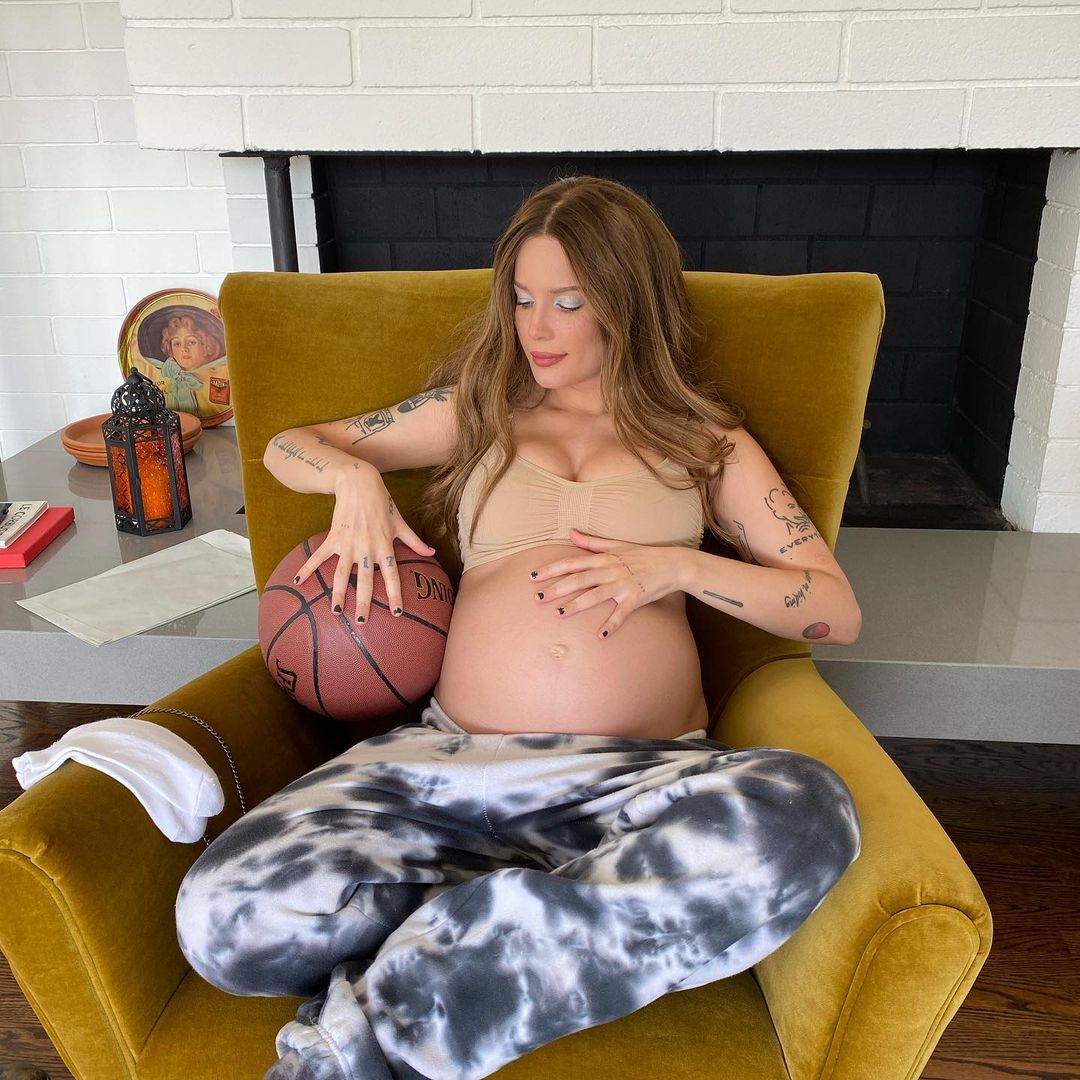 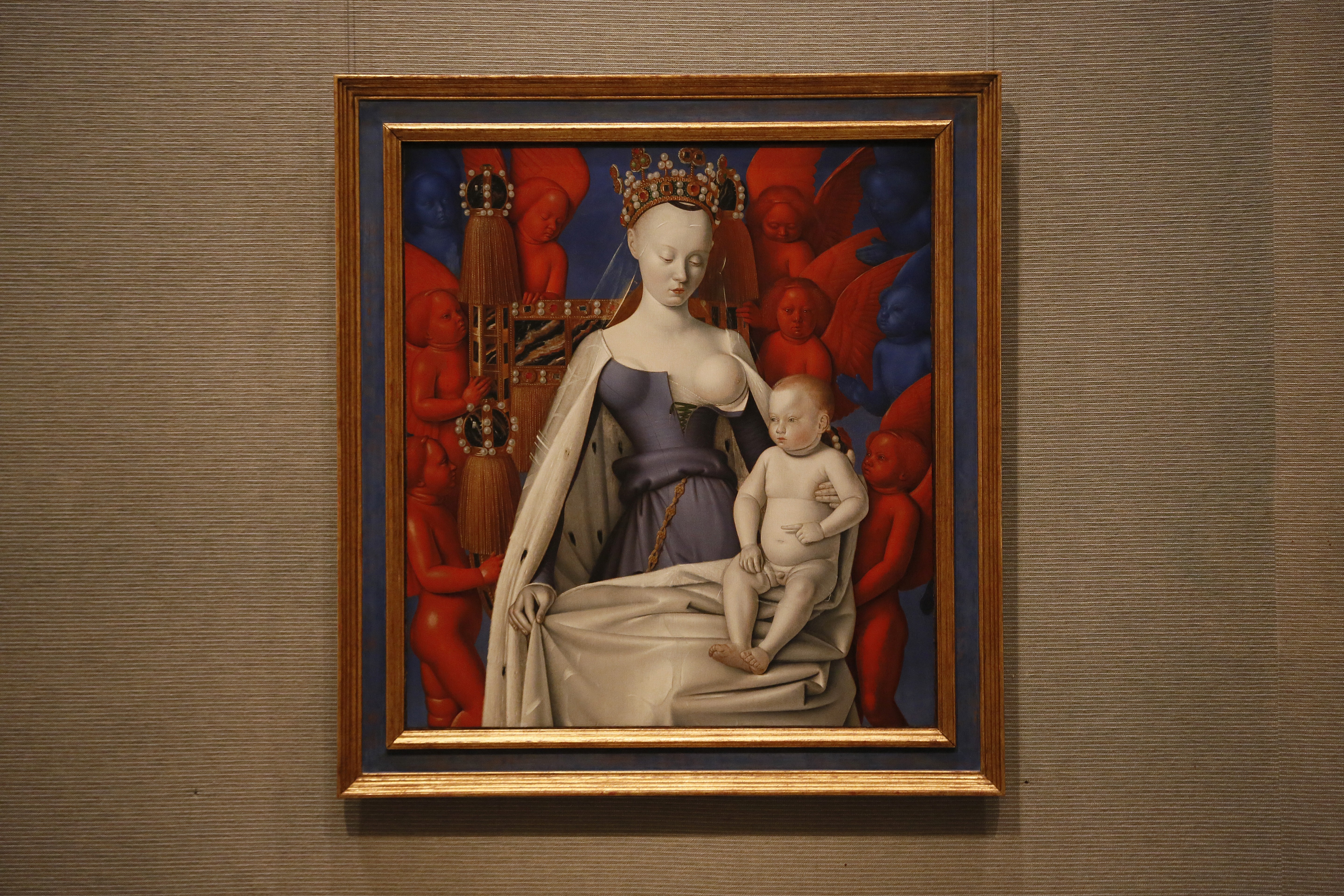 “The dichotomy of the Madonna and the Whore. The idea that me as a sexual being and my body as a vessel and gift to my child are two concepts that can co-exist peacefully and powerfully.”

The ‘Nightmare’ hitmaker continued: “My body has belonged to the world in many different ways the past few years, and this image is my means of reclaiming my autonomy and establishing my pride and strength as a life force for my human being.

“This cover image celebrates pregnant and postpartum bodies as something beautiful, to be admired. We have a long way to go with eradicating the social stigma around bodies & breastfeeding. I hope this can be a step in the right direction!”

Halsey revealed she was pregnant with her first child in January in a sweet photo cradling her growing baby bump. 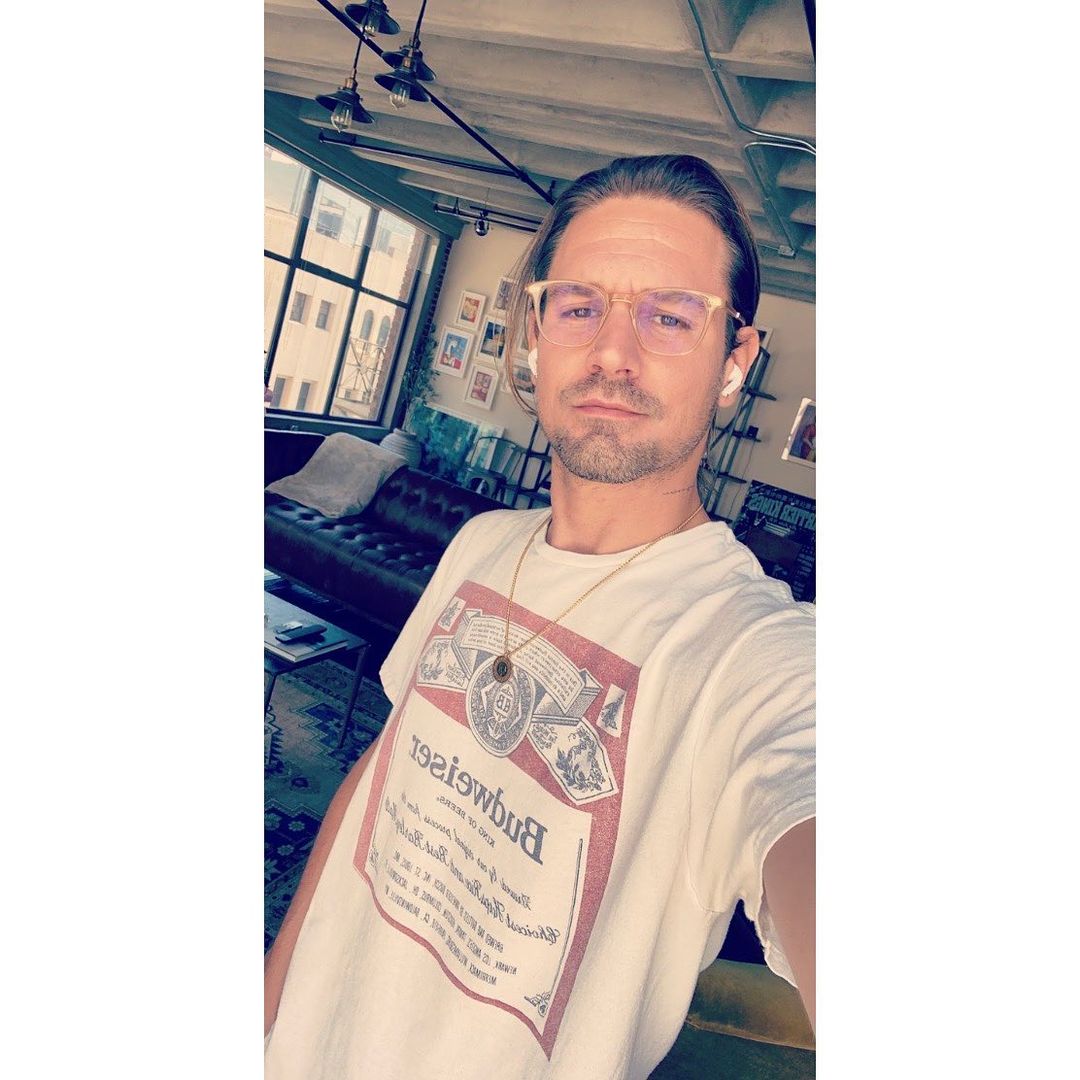 The 26-year-old further tagged screenwriter Alev Aydin in the picture and he also shared the announcement with a series of heart emojis.

However, it's unknown who the father of her unborn baby is.

In the photos, she wore a rainbow-colored bralette to signify that she was pregnant after miscarrying, making this her rainbow baby.

This would be Halsey's first child after miscarrying three times throughout the years. 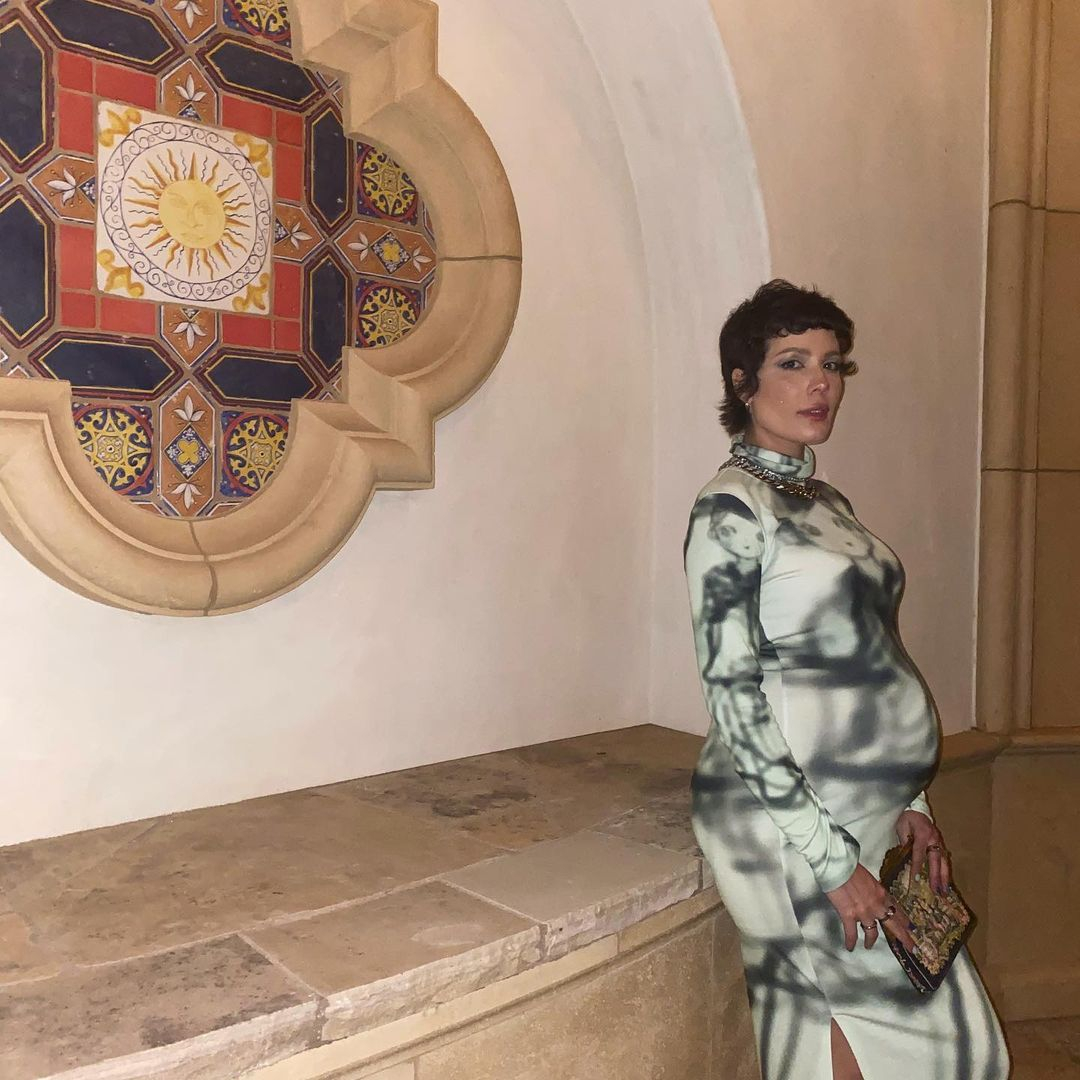 The entertainer, who suffers from endometriosis, previously opened up about miscarrying while performing during her 2015 concert tour.

She told Rolling Stones in a profile: "I beat myself up for it, because I think that the reason it happened is just the lifestyle I was living.

"I wasn't drinking. I wasn't doing drugs. I was f**king overworked – in the hospital every couple of weeks because I was dehydrated, needing bags of IVs brought to my greenroom.

"I was anemic, I was fainting. My body just broke the f**k down." 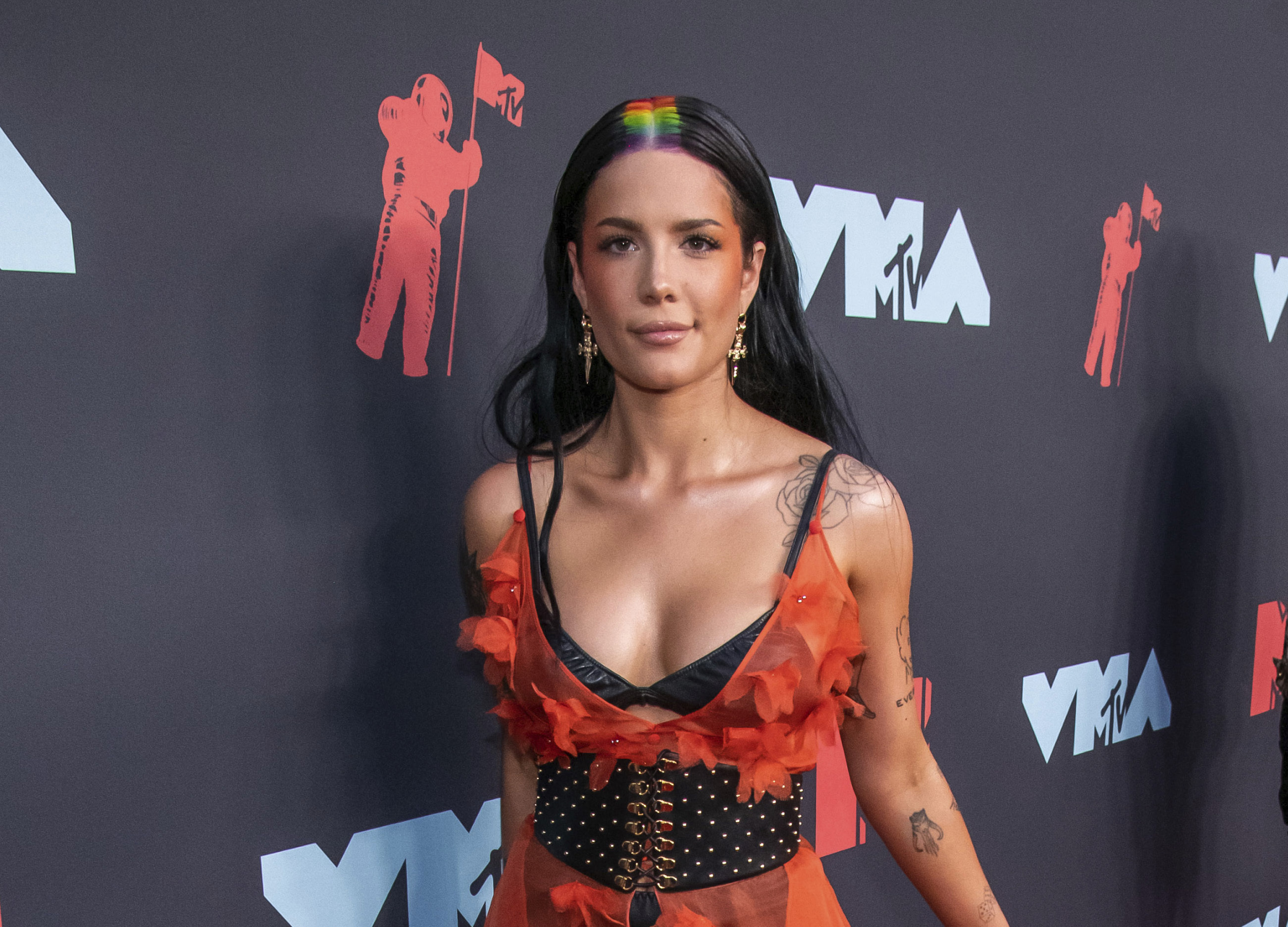 Halsey said she began bleeding out of her clothes while performing in front of thousands of fans.

Halsey told The Doctors: "I was on tour, and I found out I was pregnant.

"Before I could really figure out what that meant to me and what that meant for my future… the next thing I knew I was on stage miscarrying in the middle of my concert."

If I Can't Have Love, I Want Power is due for release on August 27.