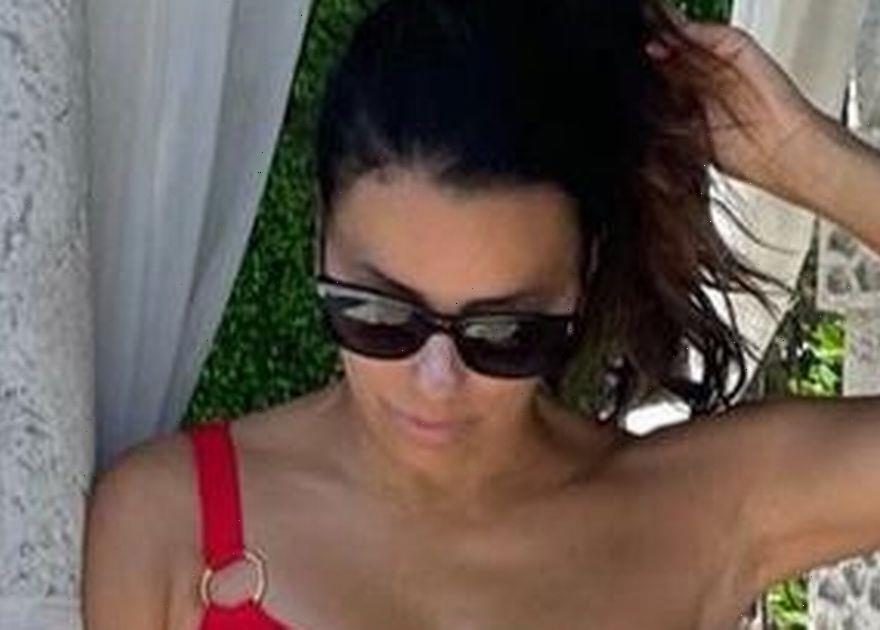 Eva Longoria, 46, has wowed fans with a new Instagram post showing off her toned body in a red bikini.

The actress looked gorgeous as she donned a one-shouldered red-hot two-piece which showed off her washboard abs and flat stomach to the camera.

She finished the look off with dark sunglasses as she tied her dark locks back from her face as she looked down at the ground.

The actress referred back to her earlier run in the 2004 series Desperate Housewives where she starred alongside Teri Hatcher, Felicity Huffman and Marcia Cross.

The caption on the post read: “Even #20yearslater, she still knew red was her color”.

Referencing a scene in an early episode of the show that stated “She knew red was her color” as her character exited her home in a skin tight dress.

Desperate Housewives remained on the air for 8 years until concluding in 2012, surpassing the show Charmed as the longest running hour long television series featuring an all female lead cast.

The 46 year old actress was keen to show that she still had it with her recent post, revealing more than the show did when first delivering the line.

Outside of film and television, Eva has made great strides in political and philanthropic activity.

In 2017 she was listed at the 42 nd most influential philanthropists by UK company Richtopia for her work in Latino spaces.

Longoria was a co-chair of Barack Obama’s reelection in 2012 and initiated the Latino Victory project in 2014 to raise funds for candidates.

Eva’s roles in Film and television alongside her philanthropist achievements have made her a long time person to watch and with her latest post she made sure all eyes on were on her.

A wonderful woman being proud of her body with a strong history of caring, selfless work.