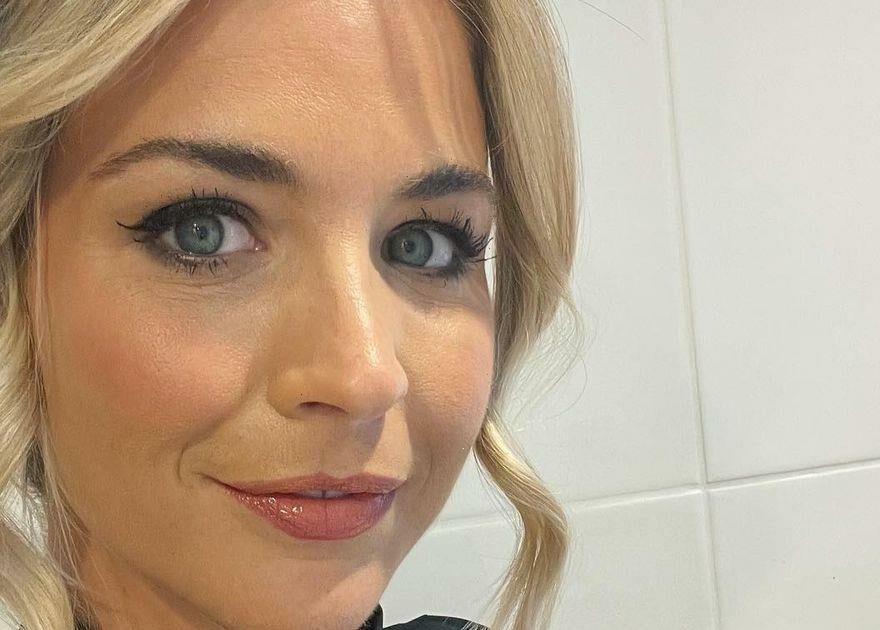 Strictly star Gemma Atkinson has sent a sweet message to Helen Skelton after her fiancé Gorka Marquez spoke out about Helen's "difficult time" on Saturday's (October 15) episode of the show.

He gushed over his dance partner on Saturday saying that she should "believe" in herself.

It looks as if his fiancé Gemma agrees with him as she took to Instagram with a picture of them and wrote: "Absolutely!!!! What he said!!!"

READ MORE: Gemma Atkinson in wardrobe malfunction as she spills out of towel with Strictly fiancé

She didn't stop there, as she then shared a picture of Helen and Gorka back stage and wrote: "So proud!

"Having the trust and respect from your pro dancer on Strictly is everything. I know first hand how much we lean on them for support. Especially on the live shows! Aljaz used to have to physically drag me on that floor and reassure me every eight mins!"

She also posted to twitter to show her support for Helen: "When your man stands up and says what everyone’s thinking…" alongside a GIF of an A-list crowd applauding.

Helen has had a tough year having split up with her husband of eight years Richard Myers.

Richard has also just announced he will be having a baby with his new partner Stephanie Thirkill.

He said: "I know you have been having a difficult time and I know you've been made to feel like you're not beautiful or good enough, or anything, but if you don't believe in yourself, I believe in you.

"Everybody here believes in you.

"It doesn't matter how many times I say or the judges say it or anybody says it, it's only you [who] is the one that's going to make the change and the one who needs to believe in you because you are an amazing woman, very inspirational, an amazing mum and incredible dancer.

"So believe in you, please."

Helen and Gorka danced a traditional Paso Doble on Saturday's episode of the show and bagged a score of 29 from the judges.

Famously tough judge Craig Revel Horwood told the pair: “I did enjoy it, I thought it was just a little bit too polite, I thought you could have gone more with the power and the passion of it.

"But I think you did a fantastic, fantastic job."