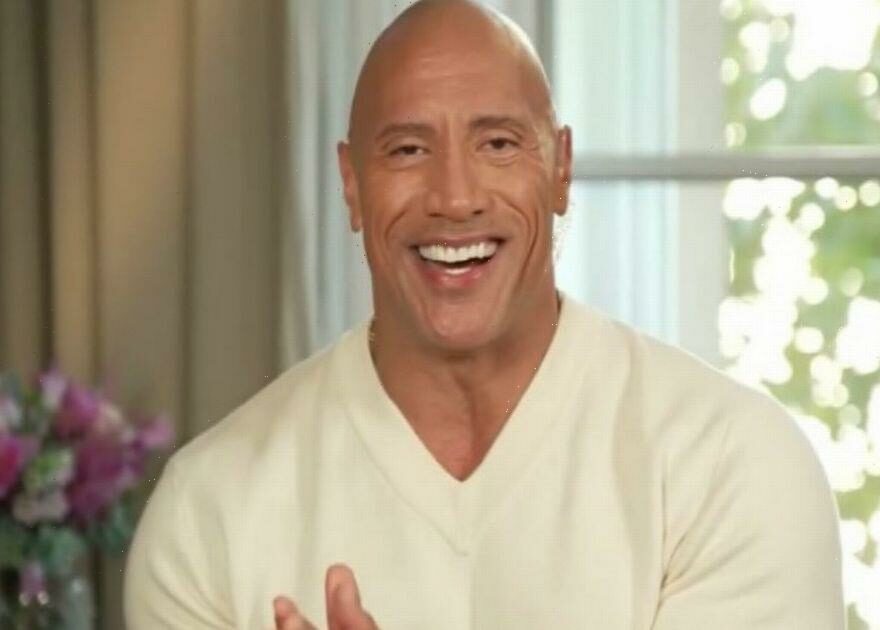 This Morning's Alison Hammond giggled as Dwayne "The Rock" Johnson joked that they should tie the knot again.

The TV star and the Hollywood A-lister had a spoof marriage on the ITV daytime show back in 2017.

And when the beefy star went on the programme again on Tuesday (October 18) he teased that he and his former "wife" should exchange vows again.

READ MORE: Alison Hammond offended as I Can See Your Voice co-star 'avoids her' in airport

Former wrestler The Rock, 50, was on the show via video link to chat about his new superhero film Black Adam.

At the end he asked his publicists off screen if he could extend the interview to speak especially to Alison, then paid a special tribute to her.

The actor – who married his wife Lauren Hashian in 2019 – told the TV star she was “doing so great”.

“I just want to say this really quickly," he said.

"Alison, I want to tell you, we've known each other for a long time – I’m so happy for you.

"Congratulations!" he added, before quipping: "We’ve got to get married again!”

Alison, 47, made a heart shape with her hands as she told the Jumanji star: “I'm proud of you as well, I’m so proud of you."

"Dwayne Johnson, love this man," one person posted on Twitter.

"Dwayne Johnson is such a nice guy," said another admirer.

One viewer joked: "Good luck @AlisonHammond tomorrow divorcing Dwayne Johnson (The Rock). Yea right, we all know he only has to give that smile to her and she will be putty in his hands."

This Morning airs weekdays from 10am on ITV and ITV Hub.