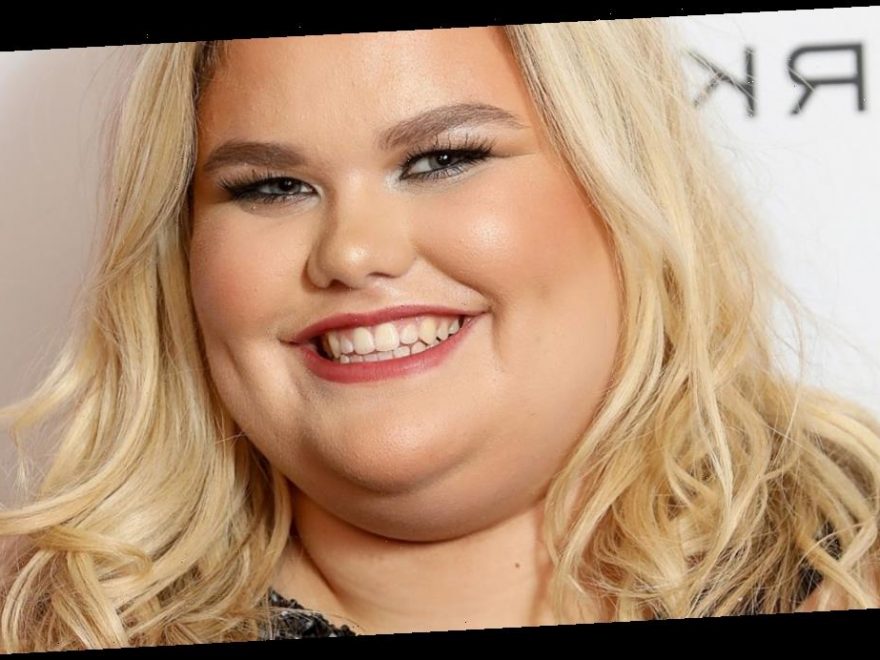 The 20-year-old, is due to take part in Celebs Go Skating and therefore underwent a glam makeover for her TV appearance.

Sharing a teaser before the show airs this evening, she left fans utterly stunned at how fabulous she appeared.

Posing against a green lit background, she smouldered for the camera in the head shot.

Her hair had been dyed dark with an ombre tint and groomed into sleek brushed out waves, with curls falling across her chest.

Keeping it casual, she popped on a winter warmer, opting for a cable knit black cardigan, teamed with the same colour t-shirt.

The TV reviewers makeup was on point too, including fluttery lashes, a pink lined lip, groomed eyebrows and peach plush cheeks to complete her look.

She went on: "Had the best day filming @celebsgoskating with @almurph18 @theinsidetrak can't wait for you guys to see what we've got in store for you."

Understandably, the stunning image received quite a lot of social media traction, gaining over 910 likes along with a swoon of comments.

One person wrote: "You look amazing."

Another chimed: "OMG obsessed with you."

While another added: "Here she is," followed by a an abundance of eye-popping emojis.

After shedding a whopping three-and-a-half stone, Amy revealed that she is finally ready to seek out a love interest.

Overwhelmed by support, having found self-love, she told The Sun: "I am more confident in myself and I love myself as a person more than I've ever done before."

After finding fame on Gogglebox back in 2013, alongside her family, appearing on the channel 4 favourite wasn't always as fun as it seemed.

Amy found herself in tears on a number of occasions after she became a victim of online abuse from nasty online trolls.