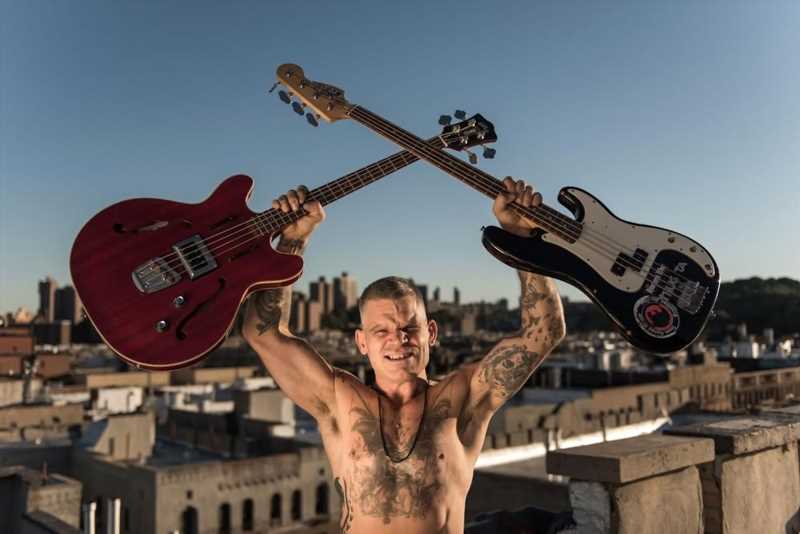 New York hardcore stalwarts Cro-Mags have unveiled their first new music in 20 years, sharing three new songs “Don’t Give In,” “Drag You Under” and “No One’s Victim.”

All three songs find Cro-Mags at their punishing and ruthless best, and frontman Harley Flanagan tells Rolling Stone the tracks are “all in the same vein” as the band’s older material, but “more refined. I’m just turning up the heat.”

“Don’t Give In” finds Flanagan leading a scorched-earth hardcore march while a guitar solo screams above the deluge, while “Drag You Under” churns and chugs at a quick clip while Flanagan growls, “Sometimes life is a real motherfucker/Sometimes it feels like life is gonna drag you under.” The collection closes with “No One’s Victim,” another breathless beast driven by a potent message of self-love and -belief.

The new tracks find Flanagan reuniting with past Cro-Mags collaborators Gabby Abularach (Alpha Omega and Near Death Experience), Suicidal Tendencies’ Rocky George (Revenge) and Gary “GMan” Sullivan, who played with the band throughout the Nineties. The band has also been working with engineer John Ferrara and producer Arthur Rizk.

Coo-Mags’ new music notably arrives months after Flanagan won the rights to use the band name in a settlement following a lawsuit filed against former bandmates John Joseph and Mackie Jayson. Flanagan claimed he came up with the idea of the band in 1981 (Joseph has disputed this) but after he decided to stop touring in 2002 to help raise his son, Joseph and Jayson began touring and using the “Cro-Mags” name without his permission. While Flanagan won the rights to Cro-Mags in the settlement, Joseph and Jayson will reportedly continue playing as Cro-Mags “JM.”

Cro-Mags are reportedly working on a new album — their first since 2000’s Revenge — and they’re set to open for the Misfits during their four upcoming shows: June 29th in Los Angeles, September 7th in Denver, September 11th in Oakland and September 14th in Seattle. The band will then embark on a European tour before returning to Las Vegas for a headlining gig October 17th.

Flanagan has a variety of non-musical projects in the work as well. He’s about to start filming a new independent movie, Between Wars, that features Michael Imperioli and other alumni of The Sopranos, The Wire and Boardwalk Empire. He’s also set to appear in a new network TV show this fall, though he notes the details “remain confidential.”

“I got so much shit going on I don’t know what day it is,” Flanagan says. “I feel stronger, happier mentally, spiritually and physically then I have in years, and I am looking forward to the future.”