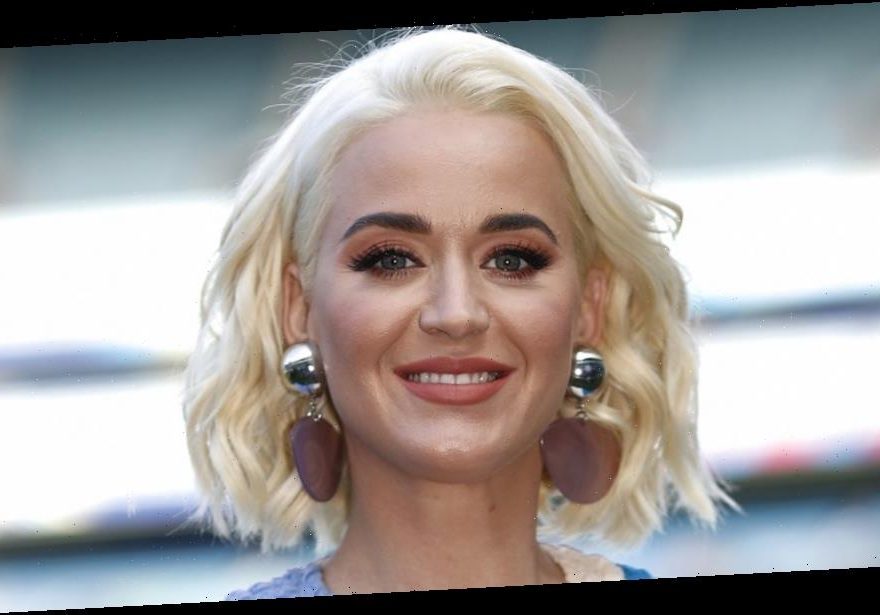 Even celebrities go through hard times. Sure, they usually have ample funds and support from their inner circle to help them through, but, on the flip side, public figures have the challenge of struggling in front of everyone. In 2017, Katy Perry and Orlando Bloom split up. Since then, they’ve reunited, got engaged, and welcomed a baby girl named Daisy Dove Bloom. Nevertheless, those milestones did not just happen overnight. Before finding happiness and building a life with Bloom, Perry was hurting both personally and professionally.

In addition to struggling with their breakup in the public eye, Perry put out the album Witness in 2017, which was a departure from her previous work, and not necessarily in a good way. The music was panned by critics and disliked by fans. Talk about a double whammy: Going through heartbreak and struggling with her career. Oh, and this was in front of the whole world. However, in retrospect, there are way worse plights to experience than putting out a so-so album after churning out years of nonstop hits. Of course music is more than just “work” for Perry, but, at the time, not having a number one album could easily have been considered a “champagne problem.”

Three years after Witness, Perry released Smile, which included a track called “Champagne Problems.” No, the track is not some enlightened realization where she admits that an unpopular album isn’t the worst problem in the world. Instead, it focuses on the progress in her romance with Bloom.

The song is about Katy Perry's journey with Orlando Bloom

In an August 2020 People interview, Katy Perry discussed her temporary split from Orlando Bloom back in 2017. She shared, “It’s really about an individual journey that makes the whole thing better. We both had to decide to go on that journey separately because it’s not my half and your half that makes a whole,” adding, “It’s my wholeness and your wholeness that makes this whole thing happen.”

She explained how their relationship inspired her to write the track “Champagne Problems,” revealing, “It’s a song that really talks about how intense it’s gotten and how many things we have had to go through. Yes, we have problems. Everybody has challenges in a relationship.” Then, she referenced the Justin Timberlake song “Mirrors,” saying, “If it’s a real relationship, it’s going to challenge you into your best self. I really understand what Justin Timberlake said about, ‘You’re my mirror,’ because it’s true. They bring up all this stuff you can’t really see about yourself.”

2020 is the year that no one saw coming. For Perry, it meant being pregnant in the midst of a pandemic and pushing back her album release and wedding date, which, again, things could be worse. The singer said, “Let’s hope [2021] is different than ’20. Every time we try to make a plan, it switches. It’s really all about going with the flow these days!” She joked, “I tried to do it this year and it poo poo-ed on me so ask me again in another year!”

Katy Perry has been very open about how 2017 was a pretty tough year for her. She and Orlando Bloom broke up and Witness flopped. Fast forward to 2020 and, yes, Perry had to experience her first pregnancy during a pandemic. Yes, she had to delay the release of Smile. Yes, she had to hit “pause” on planning her destination wedding. Nevertheless, when it comes down to it, 2020 was far from the worst year for her. She is seemingly in a happy relationship, she became a mom, and she released Smile. Her struggles are valid grievances, but those are really just champagne problems in the grand scheme of things.

On the song “Champagne Problems,” Perry sings ‘Cause, baby, all we got/ Are champagne problems now” and she’s not wrong about that. Before the chorus, she says “Make-ups to the breakups/ Times we coulda gave up/ We put the dirty work in/ So now we know it’s worth it/ Now we’re celebrating/ I’m so glad we made it this far.”

Perry and Bloom even seemingly acknowledged their privilege, partnering with UNICEF to announce the birth of their daughter, writing, “… [W}e know we’re the lucky ones and not everyone can have a birthing experience as peaceful as ours was” in addition to encouraging people to make donations to support people who aren’t as lucky as they are.

No one wants to have a problem, but if you’re going to have any sort of issue, a “champagne problem” is probably the best kind to have.