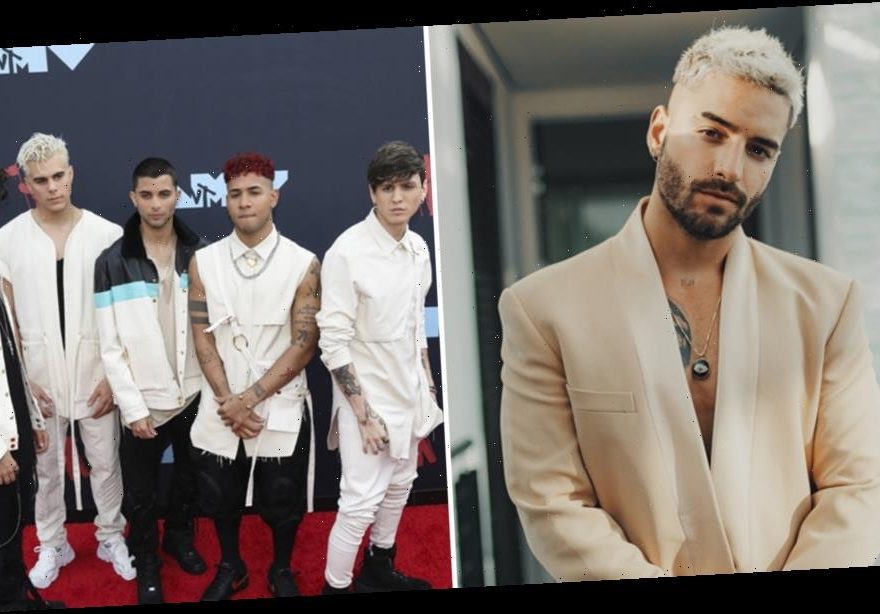 Staging an awards show in a pandemic is a steep challenge, but for the VMAs on Sunday night, MTV and Toyota will present Latinx music stars Maluma and CNCO performing at a special drive-in location, where fans can enjoy the performances in a safe and controlled environment at an undisclosed iconic location overlooking the New York skyline.

The performances will both be debuts: Colombian singer — and recent Variety cover star — Maluma will perform “Hawaii,” from his new album “Papi Juancho,” publicly for the first time, while Miami-based quintet CNCO will stage the first public performance of their new song “Beso,” which was surprise-released on Thursday night.

Maluma is up for Best Latin Video CNCO are up for three VMA nominations, “Best Quarantine Performance,” “Best Choreography” for their last single “Honey Boo,” and “Best Group.” They will be taking the VMAs mainstage for the first time — their debut U.S. award show mainstage performance — after performing on the VMA pre-show last year.

The members of CNCO said in a statement, “We are super excited to be performing at the VMA’s this year. It means so much that we’re able to share our culture with the world. It makes it even better that this year that after not being able to perform for so long, Toyota is giving us the chance to not only do that, but do it in front of our fans. There’s nothing like it, and we can’t wait!”

Dario Spina, EVP and Chief Marketing Officer, Velocity, at ViacomCBS, added, “The creative developed around this campaign celebrates the talents of diverse, local musicians and honors the tenacity and resilience of the Big Apple. We set out to deliver high-quality content with a powerful message of unity, and we’re proud of what our team was able to achieve in partnership with Toyota.”

Toyota Motor North America General Manager of Media and Engagement Marketing Tony Mueller said, “Toyota is excited to innovate with ViacomCBS to present an activation at the MTV Video Music Awards truly like never before from the show’s first-ever remote drive-in stage with CNCO and Maluma to the first-ever Spanish language custom piece. At a time when it’s needed most, together through music we are safely uniting fans and shining the spotlight on our diverse array of vehicles during one of the most anticipated music events of the year.”

Grande, Gaga, Billie Eilish and The Weeknd top the nominees list. All four have been nominated for video of the year, the program’s most coveted category: Gaga and Grande for their “Rain on Me” music video, Eilish for “Everything I Wanted” and The Weeknd for “Blinding Lights.”

The 2020 MTV VMAs will air on Sunday, August 30, 2020 at 8PM ET/PT with the “VMAs” Pre-Show beginning at 6:30PM ET/PT exclusively on MTV. This year’s main show will simulcast across 11 ViacomCBS brands including BET, BET Her, CMT, Comedy Central, Logo, MTV2, Nick at Nite, Paramount Network, Pop, TV Land, VH1, as well as The CW, making it available to an expanded broadcast audience for the first time.