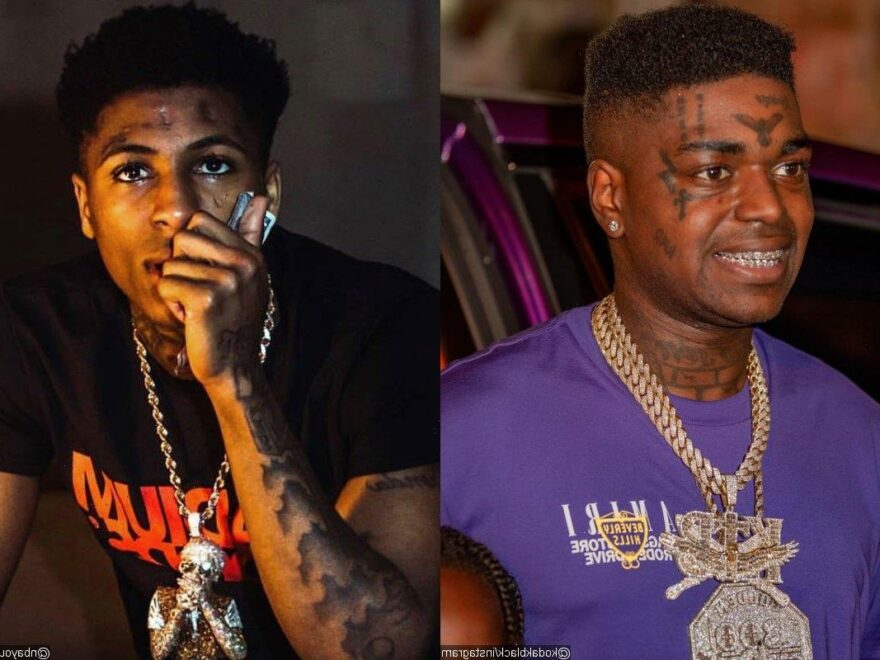 The ‘Wake Up in the Sky’ rapper, who used to be managed by Alex Junnier, slams the manager for allegedly copying his tour idea ahead of YoungBoy’s 30-city trek with Quando Rondo.

“They tried to tell a n***a I couldn’t come to – I forgot what place that was – I made that my first stop on the tour. YB’s manager used to be around me so he know how I go, he know how a n***a operate,” the 25-year-old, who used to be managed by Alex, argued. “that’s why they made that their first stop.

“They know that’s my type of s**t. ‘Oh yeah, they can’t come here? First stop!’ ” he continued. “There could be smoke, but you ain’t finna tell a n***a he can’t come nowhere because I gotta pick up checks over here.”

It looked like Kodak was referring to his 2019 “Dying to Live Tour”, which journeyed across 32 cities in North America in support of his album of the same name. He kicked off the tour in New Orleans, not too far from NBA YoungBoy’s hometown Baton Rouge.

Kodak and YoungBoy have been beefing since 2017. On August 5, Yak dissed the latter’s fans on Twitter as he wrote, “Bra I Like YoungBoy Music. ITS JUST THIS N***A FANS HOMIE ! OR WHOEVER TF BEHIND ALL THIS #YBBETTER S**T. THAT S**T BE IRRITATING AND CANT NOBODY ELSE SAY THEY DONT FEEL ME , A N***A TOO REAL I AINT HATING ON NO F**KIN BODY I JUST SAY WHAT EVERYBODY ELSE SCARED TO SAY.”

“N***a Can’t Even Post A Cheeseburger Without They A** Under A Post Talm Bout ‘YB Post His Burger Better.’ I Love It That’s Kool But The S**t B Irritating Af Homie,” the Pompano Beach native continued. “Y’all Stay On Dat N***a Page Wit Dat S**t.”

Unhappy with Kodak’s post, YoungBoy fired back at him while informing his followers that “The Last Slimeto” is his last album. “To be honest I really don’t care about this being my last album,” he penned in the August 11 post. “I finally can say I completed something. I ain’t finish school. I never finish nothing but my smoke… but nah gangster.”

“I then shedded tears from the way y’all been doing me but it’s all for the better. tell li Dave and my grandma I completed something and I’m doing fine. Ps. you don’t like my fans I don’t like you ‘p***y’ #TLS,” the Baton Rouge emcee added. His account was later removed from the photo-sharing site.