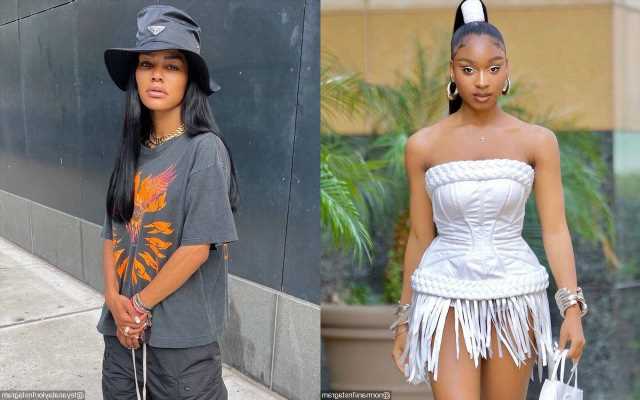 The Federal Communications Commission also receives a complaint from someone in Illinois who claims legendary singer Madonna looked drunk at the beginning of the show.

AceShowbiz -Some people are not pleased with Normani Kordei and Teyana Taylor‘s gig at the 2021 MTV VMAs. Around a week after the two stars showed their “Wild Side” at the annual music awards, the Federal Communications Commission reportedly received some complaints regarding their raunchy performance.

Among the critics was someone from Kansas. According to TMZ, the individual felt irritated to see Normani dancing like a stripper and putting “her fingers near her vagina” while singing her song featuring Cardi B. However, what made the viewer more upset was the moment when Normani gave Teyana a mid-air lap dance and hang her feet off of the latter.

As for a viewer from Tennessee, he/she likened Normani moving “upward until she was able to stick her crotch directly in [Teyana’s] face and on the girls lips” to “exhibiting oral sex.” The critic fumed, “This was so extreme and should NEVER have been allowed to be on any TV show.”

In addition, someone from Weatherford, Texas believed that the former Fifth Harmony member glamorized and mimicked sex, bondage as well as assault rape with her sultry dance. A Michigan parent, on the other hand, stated that he/she “had to keep changing the channels so my 12-year-old son wouldn’t watch that s**t!”

Aside from complaints regarding Normani and Teyana, the FCC received one complaint about Madonna. A person from Illinois alleged that the legendary singer looked drunk at the beginning of the show and wore “sexually explicit clothing.”

A person from St. Louis, meanwhile, wanted a “$1 million declaratory ruling on my behalf” because he’s so mad at Lil Nas X for “rooting for his ‘gay agenda’ after his act.”