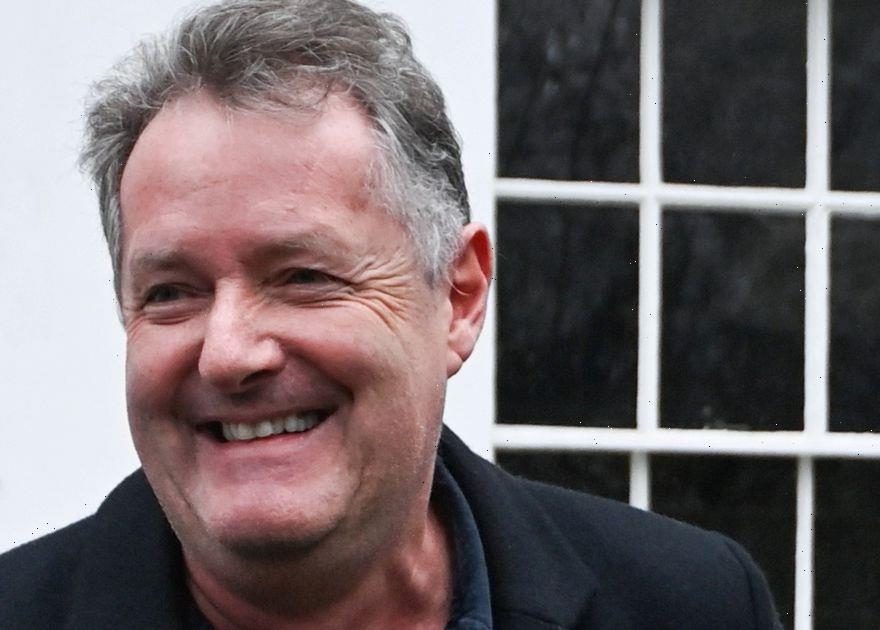 Piers Morgan has shared his fury with Meghan Markle yet again after her latest interview with TV host Ellen DeGeneres.

The former Good Morning Britain host was clearly keeping an eye out as the Duchess of Sussex sat down with Ellen for a rare TV chat.

Taking to Twitter, Piers took a double brutal swipe at both Meghan and Ellen's previous bullying allegations, which they have both denied.

Chris Ship, the Royal Editor of ITV News, had tweeted: "In the US, Meghan is on TV talking on @TheEllenShow."

In response, Piers savagely penned: "Are they discussing bullying in the workplace?"

Meghan was previously accused of bullying staff at Buckingham Palace.

Two senior members of staff claimed the former actress bullied them, while a third accused Meghan of "humiliating" them, sparking an immediate independent internal inquiry.

it came just a week after Harry and Meghan's bombshell interview with Oprah Winfrey, in which they revealed their reasons for quitting their royal duties.

The Duchess has strongly denied the claims.

Ellen, on the other hand, received anonymous bullying accusations on Buzzfeed from alleged former employees who claimed that Ellen's show fostered a "toxic" environment.

Ellen apologised amid the rumours and an investigation into the show, and later said that she had "no idea" there were problems behind the scenes.

She also stated that she is a "kind person" who likes to make people happy.

Piers was left fuming after Meghan's tell-all Oprah interview, which aired on CBS on March 7.

Piers proceeded to slam Meghan in a furious rant live on Good Morning Britain – when he appeared with his co-star Susannah Reid.

The day after it aired, Piers had said: "I’m angry to the point of bawling over today. I’m sickened by what I just had to watch.

"This is a two-hour trashathon of our royal family, of the monarchy and everything our queen has worked so hard for and it’s all been done while Prince Philip lies in hospital. "

Piers later addressed Meghan's suicidal comments, in which she had claimed that she didn't want to live anymore, and had tried to get mental health help from Buckingham Palace.

Piers said: "I don't believe a word she said", which led to 41,000 Ofcom complaints, and Piers left GMB a day later.

However, Piers has continued to trash Meghan in recent months, and in September he called her a "whiny forked-tongue actress" as he celebrated his Ofcom win.

Although Meghan hasn't said anything publically about Piers, her team lodged a formal complaint to Ofcom over Piers' comments, as well as issuing a complaint to ITV.

During Meghan's interview she spoke about her secret Halloween date with Prince Harry.

She told Ellen: "He came to see me in Toronto and our friends and his cousin Eugenie and now her husband Jack, they came as well.

"And the four of us snuck out in Halloween costumes to have one fun night on the town before it was out in the world that we were a couple."