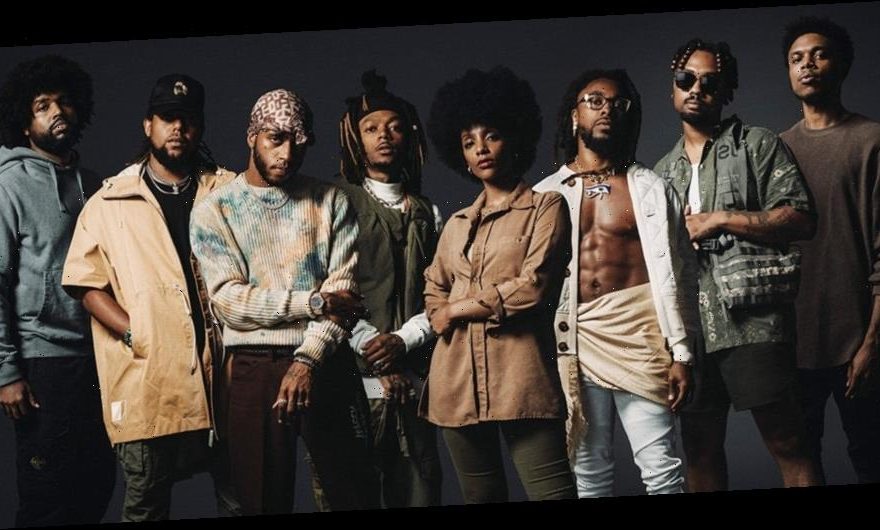 Supergroup Spillage Village, consisting of EARTHGANG, JID, Mereba, 6LACK and more delivered their latest album Spilligion this past Friday. The 12-track offering was full of biblical allusions and high-profile features that flawlessly blended hip-hop with R&B and touches of gospel throughout. It was recorded entirely during the ongoing coronavirus pandemic.

Today the collective returns with their “Hapi” music video directed by Mac Grant and Chad Tennies and featuring a spoken word section performed by Big Rube of Dungeon Family fame. In the visual, the crew escapes to the remote woods of Atlanta where Mereba and Olu of EARTHGANG sing a soulful chorus. “I met a man playin’ in the woods/ His piano was off-key/ He sang to me softly/ I bet he wouldn’t change it if he could/ Gunshots ringin’ in my hood/ It sounds so off-beat/ I’m prayin’ they don’t off me/ I promise I’d change it if I could,” they sing over piano keys.

“Hapi” follows the group’s other visual offering in “End of Daze”, which helped introduced the project to the masses. It featured similar cinematography as Spillage Village members took off to the woods again. Spilligion was also featured on the latest installment of HYPEBEAST’s Best New Tracks.

Watch above. In more music updates, Kid Cudi announced that he “totally disagrees” with collaborator and friend Kanye West’s support of Donald Trump after Cudi appeared in his new show, HBO’s We Are Who We Are, wearing a MAGA hat.