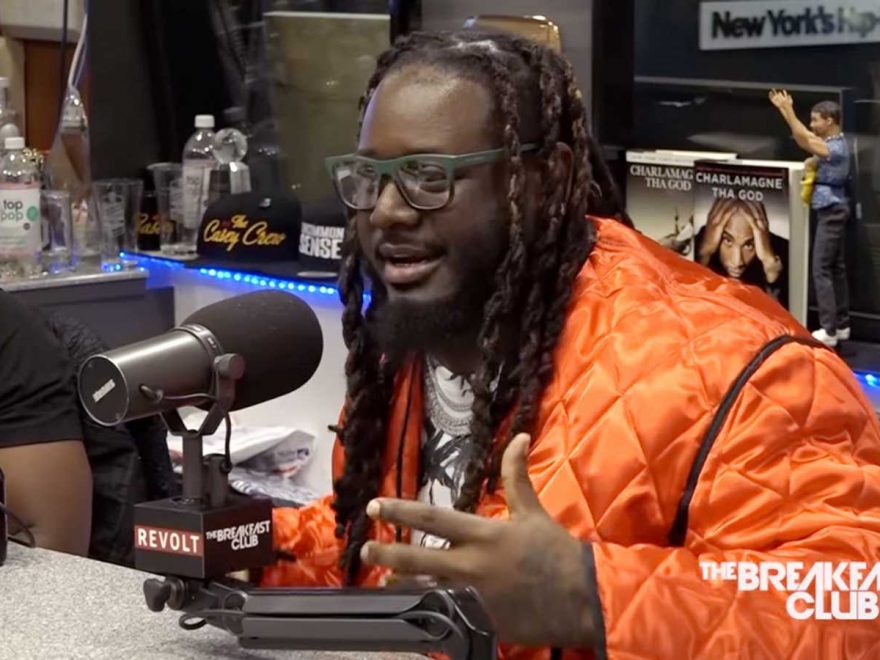 T-Pain is opening up about his financial ups and downs.

The rapper, 33, discussed his lessons in wealth management throughout his career last week on The Breakfast Club radio show, saying that he’s “been on each end of the spectrum.”

“So now I know what the high end is and what the low end is,” he told co-hosts Charlamagne tha God, DJ Envy, and Angela Yee. “I’ve been mega-rich, you know, I’ve been super broke, right in the middle of thinking I was mega-rich, and then got rich again, and you know learned how to really give a s— about money.”

T-Pain revealed that while at one point he had as much as $40 million to his name, he has also found himself with zero dollars in the bank.

To illustrate the state of his low bank account, T-Pain explained, “I, like, had to borrow money to get my kids Burger King.”

Elsewhere in the episode, the rapper said that he “almost” lost his $6 million house in Atlanta, and that his spending habits had his accountant “panicking.”

The “Girlfriend” singer said that he’s doing much better financially now, and that the more he puts into work, he finds the more he gets out of it.

He also said it’s about more than simply getting on stage to “sing real quick.”

“There’s a lot of s— that comes with it,” he continued. “When you put out records, you gotta do the right things, you gotta, you know, you gotta go through the motions and really give a s— about it.”

In a recent interview with PEOPLE, T-Pain said that the proudest moment of his career was when he was able to provide for his family, which includes wife Amber Najm and kids Lyriq, 15, Muziq, 12, and Kaydnz, 9.

“Being able to afford diapers and food — that was a great moment,” he said.

“I think that’s always going to be my proudest moment — figuring out how to provide for my family,” he added. “Awards are always great, but in the long run it doesn’t really say who you are. I’m more concerned about my family, my kids and my wife and making sure I can provide.”