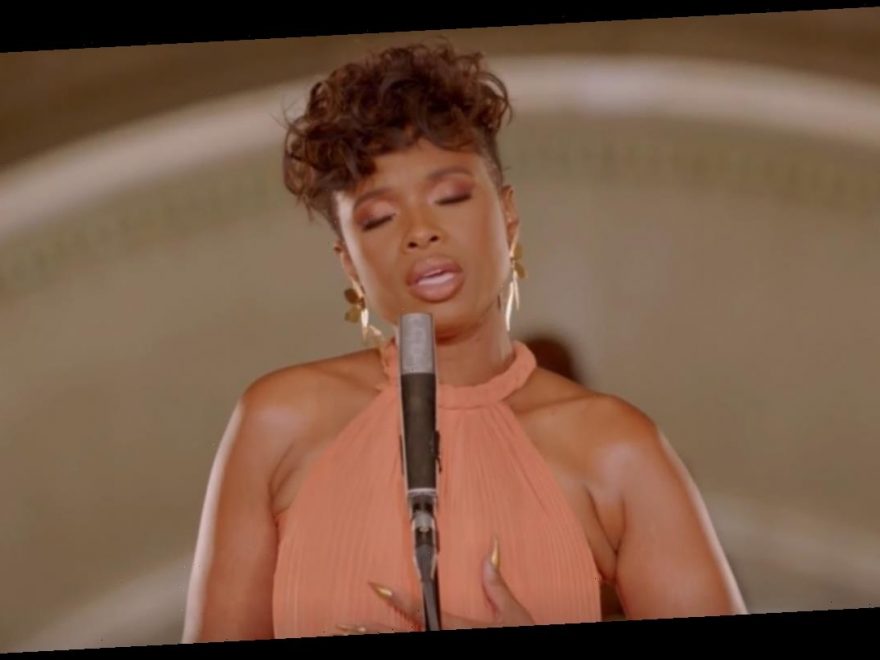 Unsurprisingly, Hudson killed it, bringing her Broadway-level vocal chops to a timeless anthem for racial justice and hope. But the truly jaw-dropping moment came during the last verse when Hudson decided to play to the acoustics of the building and stepped away from the mic to belt out the last few lines. It was, to say the least, a stunning show of her talent.

Also performing on Night Three of the DNC was Billie Eilish, singing her new single “My Future,” and Prince Royce, who performed a bilingual rendition of “Stand By Me” while walking along a pathway covered in street art. They follow performances by Maggie Rogers and Leon Bridges on Night One and John Legend on Night Two. On Thursday night, a performance by the Chicks will close out the event.

The DNC is still taking place in Milwaukee, Wisconsin, despite the ongoing Covid-19 pandemic. However, all performances for the event have been pre-recorded and will be broadcast remotely. The entirety of the DNC is viewable at the DemConvention.com site.