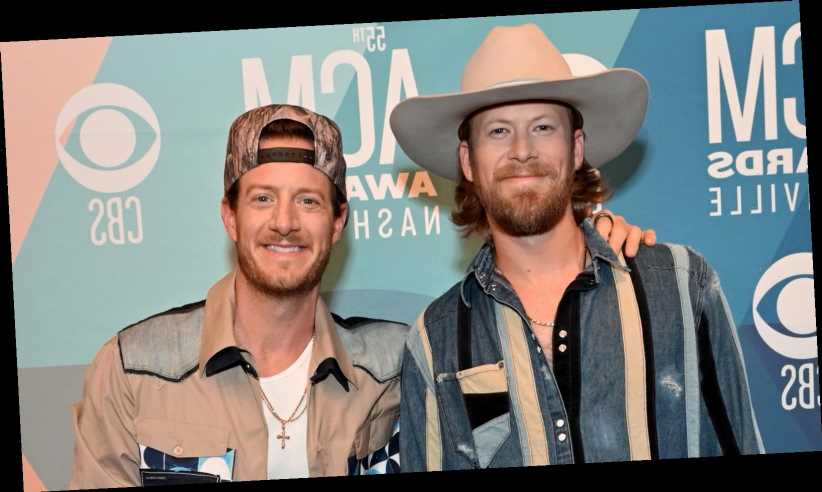 In November 2020, Us Weekly reported that Florida Georgia Line band member Tyler Hubbard and wife Hayley unfollowed his bandmate Brian Kelley on Instagram. This had FGL fans in a tizzy, wondering about the future for the country music duo. One social media user even tweeted about “being up 40 hours straight” and going into “full on panic depression meltdown mode.”

However, the unfollowing was temporary, and a result of the 2020 presidential election. Hubbard told Exit 209 with Storme Warren, “I unfollowed BK for a few days while we were through this political, you know, in the middle of this election and everything going on.” He shared that he called up Kelley saying “I love you” and insisting that the unfollowing was “nothing personal.” Per Entertainment Tonight, the Hubbards were happy when Joe Biden and Kamala Harris won the election. However, “in an Instagram comment, Kelley denied voting for Biden.”

Hubbard said, “I just didn’t want to see it every time I opened Instagram.” That being said, he revealed that he and his bandmate “fundamentally do think a lot alike.” In regard to the speculation that the band was breaking up, Hubbard said “Well, that’s news to me.” That was back in November 2020. However, Florida Georgia Line announced plans to release solo music in January 2021, per Us Weekly. The band posted footage from a nine minute Zoom call on Twitter, talking about their upcoming album and solo projects outside of the group. Is FGL dunzo?

The Florida Georgia Line Twitter account promised to make 2021 “the BEST YEAR YET,” but releasing music separately does sort of sound like it could be the end of the group. According to Us Weekly, Tyler Hubbard said that he and Brian Kelley have “genuine excitement and support of each other for the next chapter” of their careers. Kelley said that being at home during the coronavirus pandemic allowed him to do some “soul-searching” which included writing music on his own. As he got into the writing process, he thought to himself “maybe I’m supposed to sing these and probably have a project, an outlet for these to come out on.”

Kelley will release a solo single with fellow country music artist Tim McGraw on Jan. 13 called “Undivided,” but apparently there are no plans to make the FGL split a permanent thing, with Hubbard saying, “Just to clarify, FGL is not breaking up so anyone who says that, from the mouth of Tyler and BK. We’re not breaking up, we’re just venturing out.”

However, many musical acts have taken “breaks,” which turned into what appeared to be full-on splits, including One Direction, a group that went on “hiatus” in 2015, per Insider. Only time will tell just how permanent this time apart truly is, but at least they do have an album that’s ready to be released.