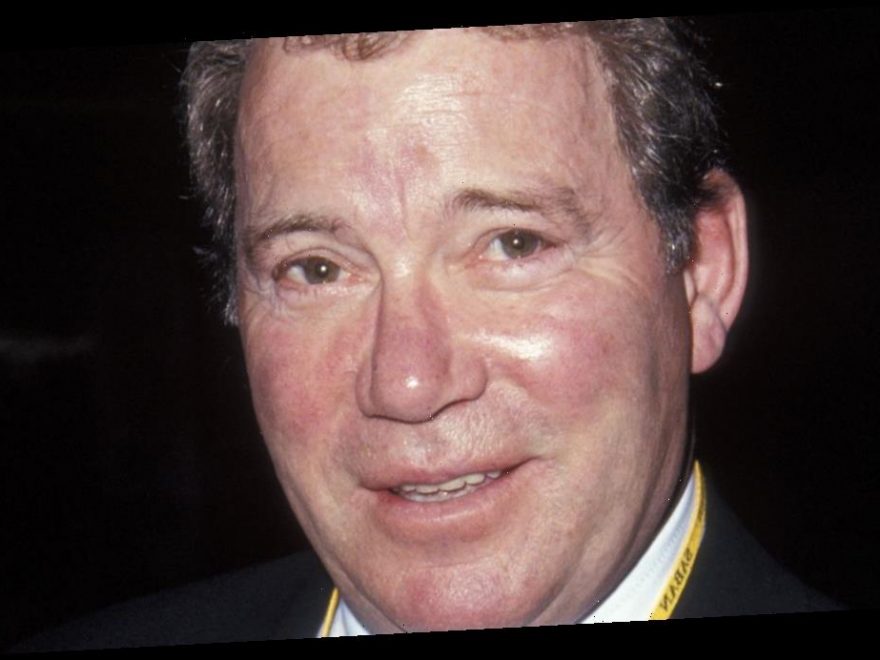 Actor, director, and author William Shatner is best known for his silver screen roles on Boston Legal and Star Trek.

But while the actor, who turns 90 today (March 22), has enjoyed a hugely successful career, he’s also endured a rather explosive personal life behind-the-scenes.

The Canadian actor, who was born in 1931, kickstarted his career as a child performer in radio programs for the Canadian Broadcasting Corporation, and soon went on to become a household name as his TV career catapulted him to global fame.

During his seven decades of acting, William has become a cultural icon for his portrayal of Captain James T Kirk in the Star Trek franchise.

Proving that he’s an all round talent, the actor has also written a series of books chronicling his experiences playing Captain Kirk, being a part of Star Trek, and life after Star Trek.

Elsewhere, Shatner has also co-written several novels set in the Star Trek universe, and a series of science fiction novels called TekWar, that were adapted for television.

Although he’s regarded as one of the biggest stars in Hollywood, William is "too embarrassed" to watch his performances back as he previously admitted that he’s "never once" watched any of the series or movies he’s appeared in.

In a 2014 interview, the actor revealed that the only performance he’s ever watched was while editing Star Trek V: The Final Frontier – simply due to the fact he "had to" because he was the director of the flick.

William not only returned as Kirk, but made his debut as a feature film director as well. Although industry insiders had high hopes for the flick, unfortunately, it received an onsluaght of negative reviews.

Movie critic Roger Ebert called it "a mess," involving "not much danger, no characters to really care about, little suspense, uninteresting … villains, and great deal of small talk".

In 2014, William landed one of his most famous roles when Boston Legal debuted in the US. The actor received critical acclaim for his role as the character Denny Crane.

In 2016, William appeared to have done it all – explored the universe in Star Trek, entered strange realities in The Twilight Zone, and fought for justice in Boston Legal.

But that same year, the actor faced something far more daunting than any of his previous roles: an unexpected prostate cancer diagnosis.

William’s life was momentarily turned upside down, but thankfully, it turned out to be a misdiagnosis.

“I was told by a doctor I had a terminal disease and that I was going to die” he wrote in an NBC article.

While later testing found the diagnosis to be incorrect, William’s three-month period of believing he had a terminal disease has shaped his perception of the world.

“My initial reactions to the diagnosis were, I suppose, quite common: denial, fear, anger – as well as a dose of being insulted,” he penned.

His terminal cancer diagnosis came as a huge shock to the actor, who spent the next three months pondering life and death in a way he never had before.

But he soon convinced himself that he wasn’t going to accept his fate so easily.

“I am in my eighties; I have lived a long life, but I certainly wasn’t ready for it to end. I decided I wasn’t going gentle into that good night. I was going to fight. Then, they told me it was a mistake, and I have never looked at life the same again.”

Since his misdiagnosis, the film star has become a vocal advocate for cancer screening and education campaigns.

Although he experienced a brief brush with potential death in 2016, three years later, William insisted that he didn’t care if he died – so long as he could reach space.

While Shatner shot to fame 55 years ago as Captain James T Kirk on the inter-­galactic USS Enterprise with the mission “to boldly go”, he has aspirations to jet off on a real-life space adventure.

The Star Trek actor previously joked that, at his age, if the trip kills him he would not be bothered.

“You can look at it from many points of view,” he said.

Unlucky in love and divorce

While his acting career has been a smooth-sailing adventure, the same can’t be said for William’s personal life, in particular, his love life.

The Boston Legal star has been married four times, with his last wife filing for divorce in 2019.

From 1956 to 1969, Shatner was married to Canadian actress Gloria Rand.

The couple had three children together, but after William left his wife while acting in Star Trek: The Original Series, their marriage crumbled and the pair divorced 1969.

He then married actress Marcy Lafferty in 1973 but their love story also ended in divorce in 1996.

Shortly thereafter, he married model Nerine Kidd, who he described as "the love of his life", and his "beautiful soulmate".

William’s wife’s life came to a tragic end in 1999, when she accidentally drowned in a pool at the couple’s home in Studio City, California.

After such a tragic loss, Shatner was able to find happiness again with his 2001 marriage to Elizabeth J Martin, a horse breeder.

But in late 2019, it was reported that the elderly actor had filed for divorce.

William was famously awarded horse semen as part of the couple’s divorce settlement.

One of the biggest bones of contention between William and his wife was how to divide up the couple's four racehorses as well as all of the horse breeding equipment.

The Miss Congeniality star was awarded custody of Renaissance Man's Medici and Powder River Shirley and ownership of "all horse semen" and horse breeding equipment, according to court documents.

Horse semen has played a huge part in the dissolution of another of the actor's marriages when ex-wife Marcy Lafferty sued him for breaking an agreement to provide her with "fresh cooled" semen.

The much-loved Star Trek actor reportedly offered it to his ex-wife in frozen form, which led her to take him to court.

Interestingly, William was regularly spotted wearing his wedding ring even after his split from the horse trainer.

The pair’s love story got tongues wagging when they first met due to the fact that Elizabeth was 27 years younger than her now ex-husband.