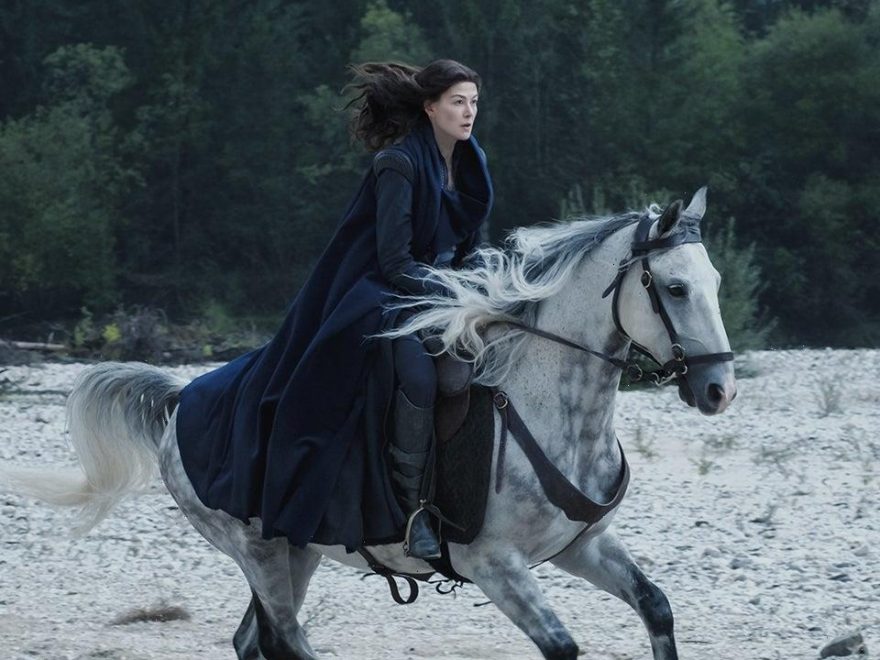 Get ready to turn back The Wheel of Time.

Amazon Prime Video’s highly anticipated adaptation of Robert Jordan’s popular fantasy novels dropped its first official trailer Thursday, and the upcoming series — already picked up for a second season — is as epic and expansive a world as you’d expect. The first season kicks off Friday, Nov. 19.

One of the most popular fantasy series with more than 90 million books sold, The Wheel of Time is set in a sprawling world where magic exists and only certain women are allowed to access it. The story follows Moiraine (Rosamund Pike), a member of the powerful all-female organization called the Aes Sedai, as she arrives in the small town of Two Rivers. There, she embarks on a dangerous, world-spanning journey with five young men and women, one of whom is prophesied to be the Dragon Reborn, who will either save or destroy humanity.

As the visually-stunning trailer reveals, the path to discovery is fraught with danger lurking in every corner. “Whatever happens now, there’s no turning back,” Moiraine warns.

Watch the official trailer below.

The Wheel of Time premieres Nov. 19 with the first three episodes on Amazon Prime Video. Subsequent episodes will drop weekly until the finale on Dec. 24.

To stay up to date on breaking TV news, sign up for ET’s daily newsletter.