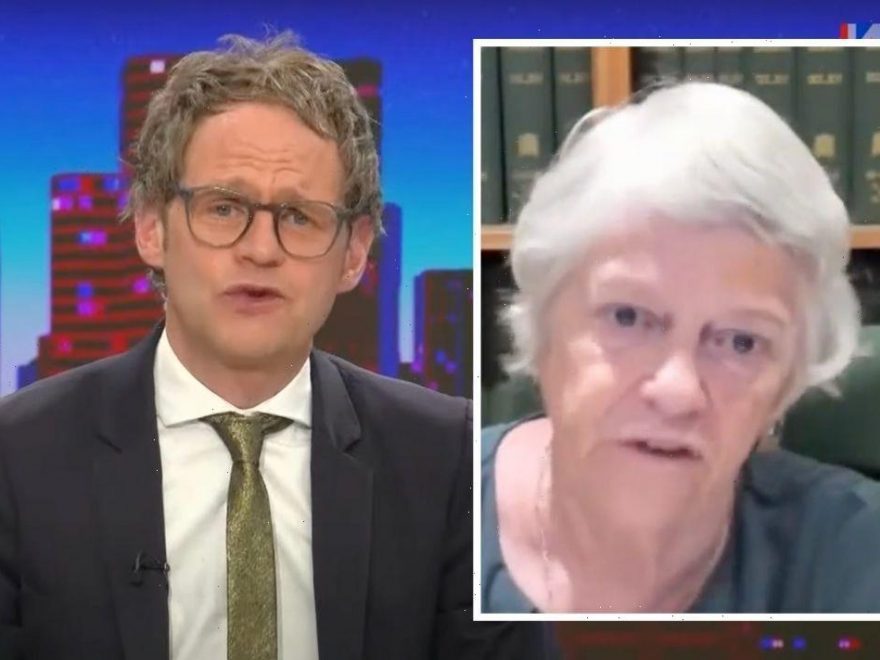 Ann Widdecombe appeared on Sunday’s Tonight Live with Mark Dolan on GB News to discuss whether or not Britain should pay reparations for slavery. Joined by Arley Gill, Calvin Robinson and Peter Tatchell, Ann was quick to call out her fellow panellist, Arley, stating he was answering purely to “stir up emotions.”

Ann, 74, is known for her strong views and outspoken nature, two traits she displayed in her most recent TV appearance.

During the, at times, heated debate, Arley spoke about slavery in the Caribbean and raised comparisons to World War Two and the compensation Jewish people received.

Calvin chose to not give any time to the comparison that Arley had remarked and said he “would put that aside”, however a physically riled up Ann spoke over the guest to say that “it happened at that time”.

The former MP sided with Calvin and believed Britain did the correct thing at the time when it came to slavery and punishment and two of the panel’s comments had no substance.

Ann was asked to wait her turn after her passionate outburst broke up the interview.

Concluding the interview, the GB News broadcaster opened up the floor to candid ex Strictly Come Dancing star and said: “Ann Widdecombe, I’ve only got a couple of seconds, closing thoughts?”

She replied: “First of all, the comparison with the Nazis is invalid because we were punishing the people who themselves had carried out the atrocities.

“At that time, we were in the position to do so, and we weren’t punishing their descendants two hundred years later.

“It is a ludicrous, ludicrous analogy and is done to simply stir up emotions.”

Both Arley and Peter referenced the war when discussing the matter, which Calvin and Ann disputed.

Peter proclaimed “Britain is quite in the business of apologising” and “we have demanded apologies from people who have wrong us [Britain].”

His opening statement, which caused Ann to look unsettled on the virtual chat, stated Britain had “put Nazi leaders on trail” in the past and described: “We, when it suits us, we do demand action, we do demand compensation. I think we have to do the right thing.”

He continued to describe how “much of Britain’s wealth” came from “wealth extracted from the slavery colonies” and ended: “We should make some attempt to redress those wrongs in the past.”

The clashing chat caught the eyes of many of the show’s viewers.

Elaine McGinnis praised Calvin for his no-nonsense responses and said: “I could listen to Calvin Robinson all day everyday, always talks sense and truth.

“If he was Prime Minister, what a great country Britain would be.” (sic)

Ian Simpson added: “You can’t go back & change something. You can only move forward making sure it doesn’t happen again.”

Victor Umbongo showed some support for Peter and commented: “I do respect @PeterTatchell for being prepared to debate people who might be hostile to him. He is usually full of good grace and humour (even if I don’t necessarily agree with him).”